Credit ratings agency Moody's on Monday slashed its outlook for the creditworthiness of not only Germany, but also of the Netherlands and Luxembourg to "negative" from "stable."

Though Moody's maintained its triple-A ratings for all three countries, it said the increasingly uncertain outlook stemming from the European debt crisis was behind the changes.

The unsettling move followed controversy over comments made by German Economy Minister and Vice Chancellor Philipp Rösler, who on Sunday expressed his skepticism that Greek reforms would succeed. He also said a Greek exit from the euro zone has "long since lost its horrors."

The bad news continued to pour in on Wednesday, with new figures out from the Munich-based Ifo Institute for Economic Research showing Germany's business climate index dropped for the third time in a row in July, once again due to the European debt crisis.

German commentators on Wednesday are concerned about the move by Moody's, but argue that the change was less significant than what will actually happen to the economy if the currency union collapses. Some also noted that Chancellor Angela Merkel, already under immense pressure both at home and abroad, will likely come under further attack.

"In terms of content, the news will probably leave the chancellor indifferent. Banks are already nearly fighting each other to lend money to the German government. And even if Merkel had to honor all the guarantees she made in light of the euro crisis and Germany's debt level rose accordingly, it would still be far below the debt seen in Japan or the United States. Financially, Germany is better off than most of the other industrialized nations."

"The prophecy of doom out of New York should worry the chancellor more that her her political future will also be 'negative.' Until now the crisis has not affected her standing in the population, even though many people complain about having to guarantee outrageous sums for the failures of Greece, Spain or Ireland. At the same time people apparently feel that things would be much worse without Merkel. … Merkel's problem is that she has so vehemently stuck to a strategy that she can't believably change course and now advocate, for example, for state financing via the European Central Bank. However a failure of her policies would provide no evidence that things would have worked out better if a different approach had been taken from the beginning. … Still, politically the crisis has a stronger hold on Merkel than ever before."

"Investors don't need a ratings agency to see the economic connections. You can't make drastic cutbacks in the currency union, from which German exporters have profited, and expect it not to have any effect on the domestic economy and also on the state budget. When companies produce profits and employ a lot of workers, then tax income rises. A reversal of that means higher deficits."

"The setbacks are going to come. … More than half of Germany's economic production is sold abroad and 40 percent of that goes to other European countries, where spending power is decreasing. Other commercial partners are affected by the crisis and are buying fewer goods from Germany. In light of the gloomy prognosis, it seems at first astounding that the German stock index DAX still remains around the 6,400 level. … Worldwide investors are looking for a safe haven to park their money. And German companies remain a top choice even though their export opportunities are shrinking."

"Panicked investors are fleeing to Germany, meaning the federal government can borrow money at nearly no cost. With that, Merkel's cabinet continues to risk a break up of the eurozone. If at some point unemployment and budget deficits explode, the government can always say that was due to the economy. The government wasn't able to do anything. Yes, Germans should be afraid. But not because of Moody's."

"The truth hurts. Nobody likes it when a doctor raises his eyebrows to give a tough diagnosis … But the financial world doesn't wear a white coat. It is tactless. Moody's bitter diagnosis is a warning signal for the sick patient that is the euro. We have to take notice of this. We can't keep doing what we've done in the past."

"When Spain falters and Greece collapses, Germany will also be affected. Whoever takes on the risk for others will also be at risk themselves. If Germany wants to maintain its top rating it has to save more and reduce its deficit instead of spending money on social programs. If Germany wants to stay on top, then the economy has to grow further and parliament has to say loudly: It's over now. No more money for bottomless pits. That's the medicine the country has to prescribe itself. No ratings agency can help us."

"With this Moody's has lowered Germany to the same level as the US … The comparison highlights how arbitrary the ratings decisions are. There is no objective measure of creditworthiness. … Moody's justified the warning to Germany by saying that the euro rescue program has incurred high risks that would be too much if countries in crisis go broke. That is true."

"But the three most important ratings agencies sit in New York, dependent on Washington's goodwill. … If one were to interpret the political meaning of the ratings warning to Germany, what would it say? It weakens the position of the Bundesbank, Germany's central bank, which the US government is very unhappy with. … The bank's aim is for every country to remain fully responsible for its own finances as long as Europe isn't a federal state. But that means that the risk of bankruptcy for countries in crisis remains high … and the message from Moody's is that this too threatens Germany's rating. The aim is to weaken the argument against introducing communitized debt in the form of euro bonds." 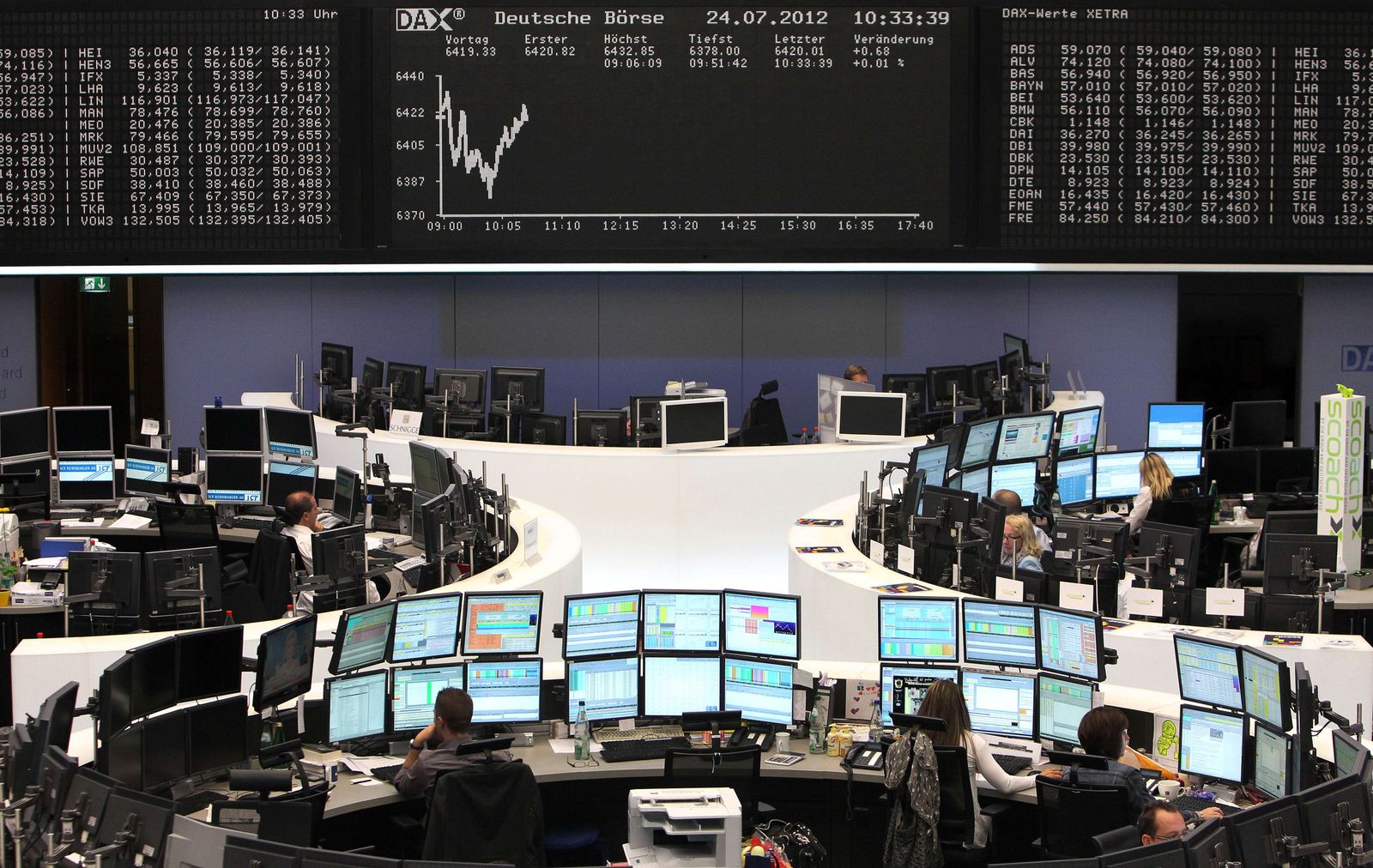