Relatives of the victims of the National Socialist Underground are understandably disappointed that the historic trial of the group's last surviving member, Beate Zschäpe, was promptly adjourned for eight days until May 14 a few hours after it finally opened on Monday -- without prosecutors even getting a chance to read out the charges.

Judge Manfred Götze ordered the delay to consider motions brought by Zschäpe's lawyers that he was biased because he had ordered defense attorneys -- and not prosecutors -- to be frisked for weapons before entering the courtroom.

Enormous hopes are being pinned on the trial. Many of the relatives of the 10 victims -- eight Turkish immigrants, one Greek man and a German policewoman, murdered in cold blood between 2000 and 2007 -- want it to give them a sense of closure and justice. They also want it to condemn the German security services and police for failing to stop the killers, and for refusing for years to consider the notion that the murders might be racially motivated.

Despite the blanket coverage in the media, though, there is little sign that the case has triggered a broad public debate about racism in Germany. The focus in Tuesday's papers was very much on Zschäpe, the "ordinary face of evil," as one commentator put it. 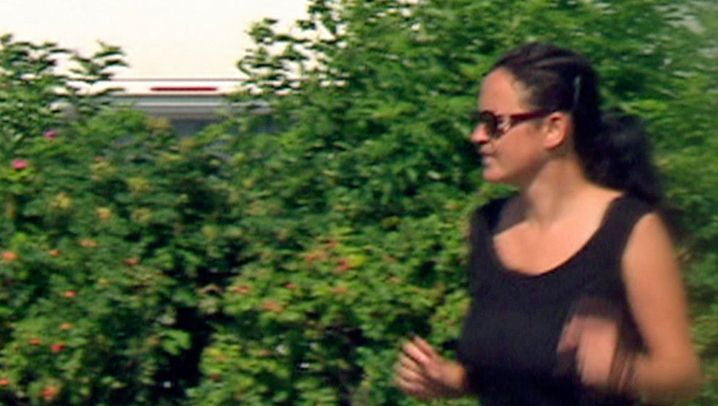 She appeared in court in smart business attire in an evident attempt to look as respectable as her lawyers and to distance herself from the common notion of right-wing extremists as wearing combat boots and bomber jackets.

A cat-lover, always friendly to her neighbors, Zschäpe's skill at maintaining a façade helped keep the far-right terrorist trio undetected for over a decade until their chance discovery in November, write German media commentators. She was going to try to keep up that front in the trial, they added.

"The first image of Beate Zschäpe that went round the world after the start of the trial in Munich was this: a woman in her late 30s in a dark blue blazer and dark trousers, with a white, creased blouse, her arms crossed, looking very tense, flanked by men in uniform. The alleged neo-Nazi terrorist wanted to appear serious, formal, conventional."

"Beate Zschäpe … wants to score points by looking bourgeois. With a smart appearance and details like dyed hair and manicured fingernails. But what's behind that? Zschäpe knows how to maintain a façade to the ordinary world. She liked going to the local Greek restaurant, made friends on camping holidays and in her neighborhood. Beate Zschäpe showed how living a double life can work. While Uwe Mundlos and Uwe Böhnhardt were recognizably part of the far-right scene, Zscäpe aka 'Liese' was always intent on keeping up the façade. She was, in that sense, the U in the National Socialist Underground."

"The NSU terror cell had three members, two of them are dead now -- the two men. Their suicide 18 months ago made Beate Zschäpe the face of right-wing terrorism in Germany: she has doll-like features, wears girl's earrings, a lot of mascara on her eyelashes, her hair is carefully dyed and shiny. The fact that she likes cats is by now likely to be better known to the public than her weakness for Third Reich war flags and Rudolf Hess. ... She is breaking -- and no one should assume this is unintentional -- with the image of far-right violence that had been associated with Nazi grimaces, combat boots and bomber jackets.

"Beate Zschäpe herself was never seen near the crime scenes. Her defense team is building its strategy arlound that fact. But many women in the far-right scene are far from being mere hangers-on or subtle ambassadors of an extremist ideology, they are often radical criminals in their own right, and sometimes more fanatical and violent than the men."

"It's still something of a taboo to think that women too can be extremely violent. To believe that Beate Zschäpe, the face of terror, was the nice, neat girl next door that only wanted to cook for her two men would cement this misconception. That would be the second and final betrayal of the victims of the NSU."

"The trial is of enormous significance but its purpose isn't to fulful the expectations of everyone involved, not of German politicians nor of the Turkish government. This isn't a trial for the media, either, and even the victims of the terrible crimes may well end up disappointed."

"The strict formalities of criminal proceedings are intended to ensure a fair trial. That's why Zschäpe doesn't have to testify, that's why her attorneys are allowed to and even obliged to do everything they can to get the best out of the judicial process for her. Motions claiming bias against the presiding judge aren't uncommon."

"It's clear that the path to a ruling in this complex case will be long and thorny. Those involved are pinning very different hopes on the outcome of this trial. Not everyone can be satisfied."

Mass circulation Bild ran the front page headline: "The Devil Has Dressed Up" and noted how Zschäpe, most probably acting on the advice of her lawyers, had donned smart business attire that may not be her style, but served the purpose of her defense: to be perceived not as a defendant but as part of the defense team.

"Evil has a face. An ordinary face. Beate Zschäpe. The trial is about her guilt and her sentence for 10 murders. But it's about more than that! The crimes of the Nazi serial killers have torn us out of our self-satisfaction. We believed in a Germany without swastikas. We believed the security services had a firm grip on the far right. They didn't have a firm grip on anything!"

"A black person beaten to death there, an immigrant shot dead here -- we were too complacent to take a closer look. The Munich trial will open our eyes more day by day. The truth is a punch in the face." 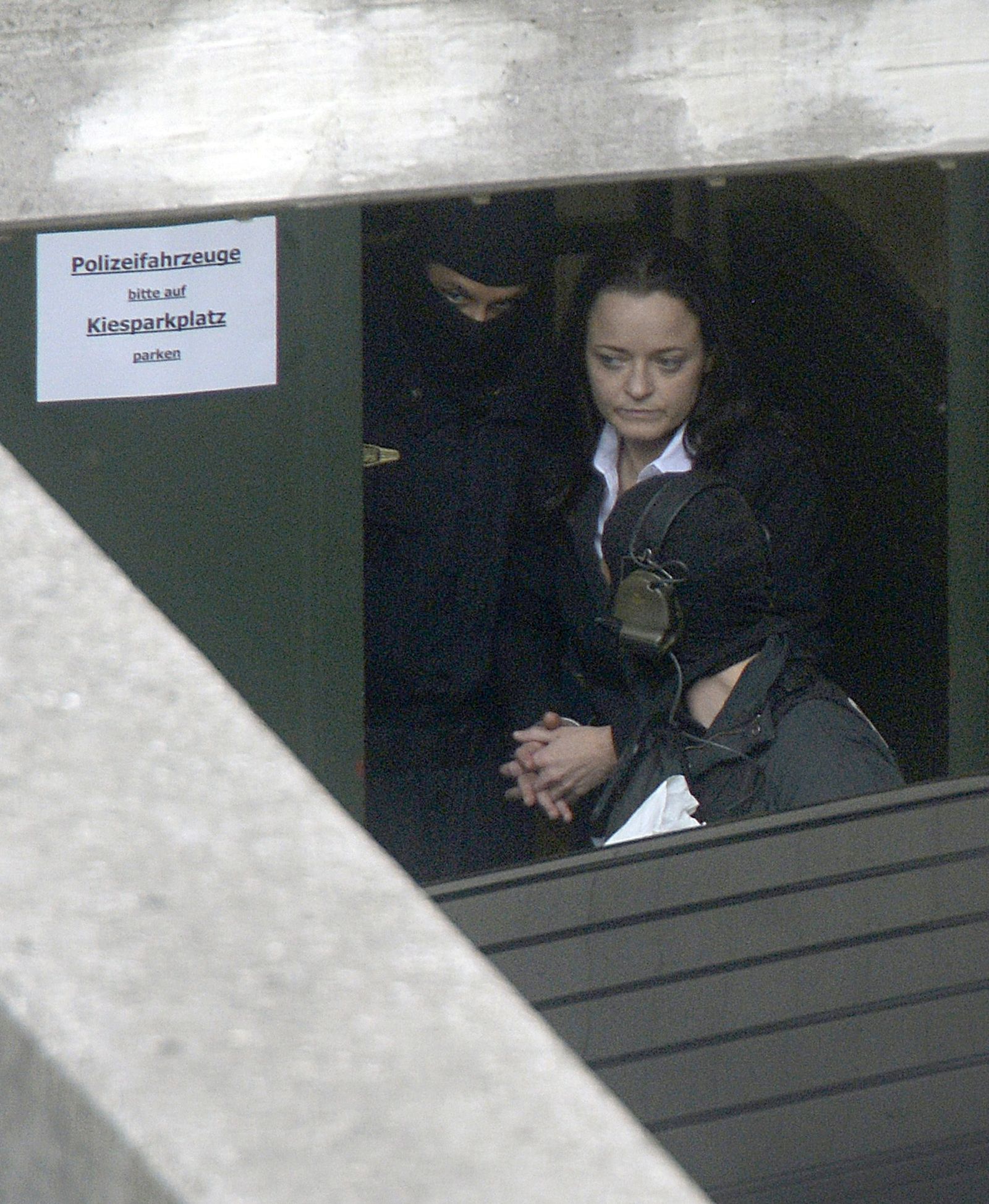 Beate Zschäpe leaving court on Monday after the trial was adjourned.