Ever since the neo-Nazi Zwickau terrorist cell came to light last autumn, there has been a heated political debate in Germany about banning the country's far-right National Democratic Party (NPD), which has been linked to the group. But after a failed attempt in 2003, many have been loath to risk legal proceedings a second time. Despite such doubts, Germany's federal and state-level interior ministries announced on Thursday that they would begin taking concrete measures toward banning the party.

Authorities will start systematically collecting legal evidence against the party for the next six months, federal Interior Minister Hans-Peter Friedrich said after meeting with his state-level counterparts in Berlin. They must prove to the Federal Constitutional Court that the NPD takes an "aggressive" position against the country's democratic order.

In addition to collecting evidence, informants in the party's highest levels will be deactivated by the Office for the Protection of the Constitution, Germany's domestic intelligence agency, by April 2, Friedrich said. The placement of informants within the party has been seen as the biggest impediment to an NPD ban. Germany's Federal Constitutional Court rejected the 2003 attempt to outlaw the party when it was revealed that intelligence agency informants held senior positions within the NPD. The court argued that it was possible that the party's policies had partly been shaped by informants working for the agency.

Whether these measures will ultimately lead to an NPD ban remains uncertain. "Only after such an evaluation can it be decided whether a new attempt to ban the NPD will come about," Friedrich said.

Despite the legal hurdles likely to impede the ban efforts, Ralf Jäger, interior minister for the state of North Rhine-Westphalia, said banning the NPD remained their goal. "This is the clear signal of today's conference," he said.

But his counterpart in the state of Saxony-Anhalt, Holger Stahlknecht, called for careful legal analysis. It's important "that we put judicial feasibility before political will," he said.

Stahlknecht's comment echoed the concerns of Justice Minister Sabine Leutheusser-Schnarrenberger, a long-time skeptic of the ban, who warned against acting too soon. "In the difficult decision over a new NPD ban process, caution should come before speed," she told SPIEGEL ONLINE ahead of the meeting on Thursday. "Premature decisions are not very helpful right now."

On Friday German commentators consider the difficulties and consequences of banning the far-right party.

"Without question, the NPD is xenophobic, anti-Semitic and anti-democratic. Its aims go against the fundamental values of this republic. Germany would be no worse off if the NPD didn't exist. This makes it difficult to bear the thought that the right-wing extremists can spread their ideology with the help of state funding of all things, because they, just like the democratic parties, profit from public party financing."

"At first glance, there is a lot that speaks in favor of seeking a ban on the NPD, as the federal and state interior ministers discussed in Berlin on Thursday. But a second look must follow, soberly weighing the risks of such a ban."

"A ban alone will not defeat far-right extremism in this country. Politicians and the media must be honest with themselves on this point. The fight against the far-right is a task for society as a whole, and one that begins with civil courage, alert police work, and finally the constant political advocacy of democracy and its values. That is often uncomfortable, often troublesome, and sometimes even dangerous -- but that's the price of freedom."

"It's a sentence that's often uttered when interior ministers and other politicians discuss a possible ban on the far-right NPD: We can't fail again like we did in 2003, otherwise the damage would be immense."

"If one is honest, though, the damage has already been done. Politicians have maneuvered into a dead end. Already last year the interior ministers agreed to attempt a 'successful NPD ban.' Now the state-funded informants in the party's upper levels will be deactivated, while evidence is collected and legally analyzed until year's end to be certain that a ban can be implemented."

"Further evidence can be collected and a decision once again pushed back for a few months. But in the end the question is: Do we want to ban a party that knowingly accepted violent neo-Nazis in the late 1990s and still welcomes them today? No one can make a 100 percent guarantee that a ban will successful. But there are good reasons to try."

"Since we found out that a series of violent neo-Nazi crimes raged on undetected for 10 years, the German legal system has faced some of the biggest challenges it has seen in decades. It is a requirement of our community to ensure the safety of those who are afraid of, or exposed to, murderous hounding by neo-Nazis. This is the chief purpose of a party ban."

"But this medicine is not enough to stop right-wing extremism. Our society also needs a living constitution. In this, the protection of human dignity should take top priority. Those who as foreigners or members of religious or ethnic minorities feel they are at risk are living proof that the constitution is under attack. By banning groups that are enemies of the constitution, we deprive them of tolerance for such views."

"If a ban is to succeed, it must be demonstrated that the NPD is unconstitutional in word or deed. An open German society can resist its enemies. But foreigners, religious minorities and other minorities cannot." 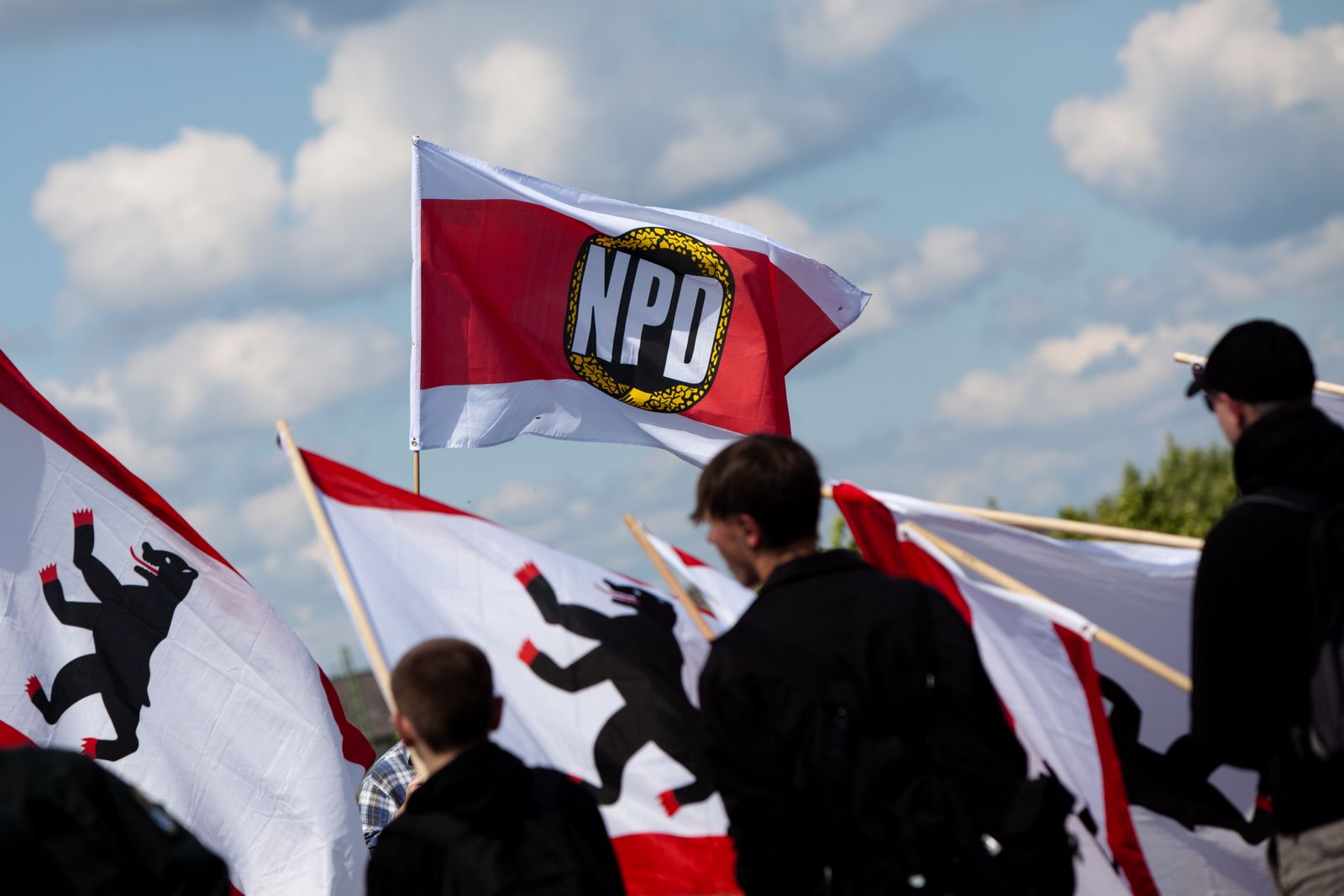