Everyone already knew that Berlin's new airport was a fiasco. But the disaster took on a new dimension on Tuesday when it was revealed that the opening date for the scandal-plagued Berlin Brandenburg Airport had been pushed back yet again, to October 2013 -- almost two years after the airport was originally supposed to open.

Initially, the airport had been scheduled to open on Nov. 1, 2011, but it was then delayed to June 3, 2012. Only weeks before the planned opening, city officials announced that the opening would be postponed yet again, because of problems with fire safety. A new date of March 2013 was set, but in recent weeks there has been growing speculation that that date too was not realistic.

A new date will be set on Friday by Horst Amann, the new technical manager who was brought in recently to save the project. He has spent the several weeks since his installment examining the construction site and taking a look at the hurdles that still remain.

The new opening date remains largely contingent on getting the airport's highly complicated smoke extraction system approved by officials in the state of Brandenburg. The system is supposed to pump out smoke in the event of a fire in order to protect passengers inside the terminal. Officials implemented the rules following a deadly fire at the Düsseldorf airport in 1996, which result in the deaths of 17 and caused hundreds of millions in damage.

The extended delays have created massive cost overruns and financial problems not only for the airport's operating company, but also for the airlines that plan to operate at the facility, including hard-hit Air Berlin.

The political pressure on Berlin Mayor Klaus Wowereit and Brandenburg Governor Matthias Platzeck, who are both members of the supervisory board, is also increasing. Wowereit and Platzeck have been criticized in the past for not paying close enough attention to the project. On Tuesday, Renate Künast, the co-head of the Green Party's parliamentary group, said the delay was "unbelievably embarrassing" for Berlin and that it showed incompetence on the part of the airport's management and the supervisory board.

On Wednesday, commentators in German newspapers react to the new delay with scorn and outrage.

"Barely a month ago, Horst Amann was flown to Berlin and given the task of rescuing both Germany's most infamous construction site and Berlin Mayor Klaus Wowereit's honor. After a brief glance at the documents, the new doctor has now made his diagnosis, ahead of schedule: The patient is comatose and cannot be revived before October 2013."

"Not to mince words, Klaus Wowereit can pack his bags as Berlin mayor. Anyone who recklessly gambles with the future of a whole region, wasting hundreds of millions of euros (…) and covers up instead of looking into mistakes is not qualified to be managing a metropolis. Wowereit is not the only one who has failed in relation to the BER project, but he is the main culprit. People are not going to forget that. No matter what he does, his time is up."

"The joke that is Berlin's major airport has now received a second (sic) extension. The debacle extends far beyond the borders of Berlin and Brandenburg."

"But the fiasco seems to have inflicted little political damage on Wowereit and the Teflon-coated Platzeck. After all, they are supposedly just members of the supervisory board, who -- as we know from the financial industry -- never know anything anyway."

"In order to counter the -- justified -- criticism and the at times exaggerated ridicule from the rest of the country, the political leaders should finally do what is appropriate for their positions: take political responsibility. They should not resign, as some members of the opposition are demanding. But they should stop looking for scapegoats to blame."

"Wowereit and Platzeck need to make it clear that they take ownership of the October 2013 starting date. If that, too, is not met, they should take the necessary steps and resign. After yet another delay, Wowereit's political career would be over anyway, and Platzeck would be badly damaged, at the very least. Such a commitment would not represent a complete new start for the project, but it would be the strongest possible signal that the construction of the airport is entering its final stage with renewed vigor." 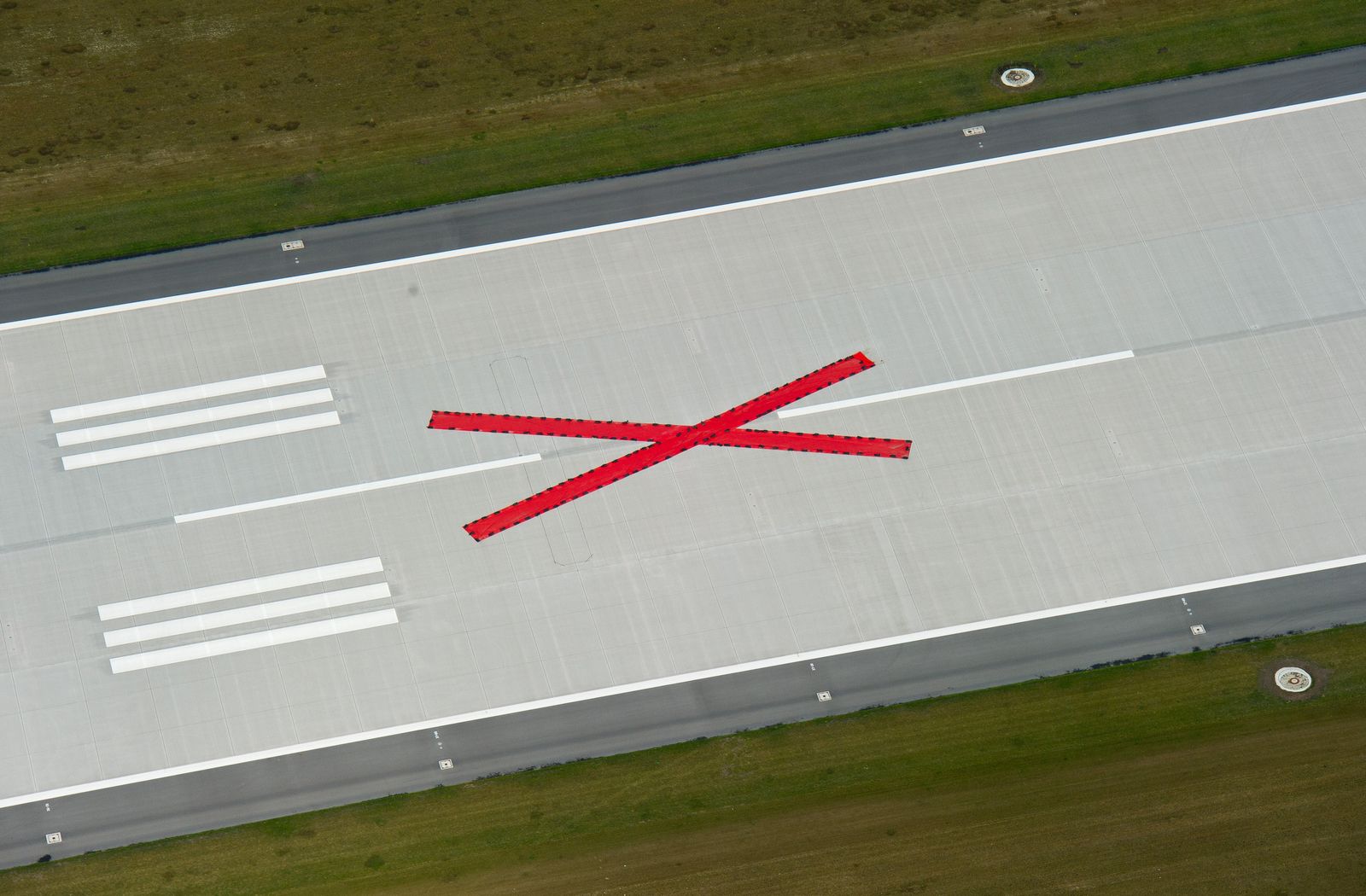 A runway at the new BER airport. The start date has been pushed back once again.