Is it acceptable for German police to conduct checks for illegal immigrants on trains based on the color of a person's skin? A regional court in the country says it is, but human rights activists are outraged by the ruling.

The debate began on Tuesday, after the administrative court in Koblenz ruled that it is legal for German federal police to use skin color or appearance of non-German ethnic origin as criteria for determining which people they can ask for identification when doing spot checks for illegal immigrants. The ruling is limited to train lines that are known to be used by migrants illegally entering the country.

"International and European bodies like the UN Human Rights Committee and the European Court of Human Rights, as well as the European Union Agency for Fundamental Rights, have all clearly determined that record checks and identity checks that are exclusively or largely based on criteria like a person's ethnic origin or 'skin color' violate the ban on racial discrimination," the German Institute for Human Rights wrote in a statement on Thursday. The organization said that although federal police are permitted to conduct checks in certain places, like airports, train stations, trains and border areas, racial profiling is illegal.

In its ruling, the Koblenz court threw out a case brought forth by a 25-year-old student who is black and a German citizen. Police had stopped the man and asked him to provide identification during a spot check that took place on a train traveling between Kassel and Frankfurt in Germany on Dec. 3, 2010. The man said the police provided no reason for checking his identification, so he initially refused. He was subsequently taken into custody for a short time. While he ultimately showed his ID, he also told officers that he felt their methods were reminiscent of those of the Nazi SS. Police charged the student with slander in the incident, but the charges were dropped by the court.

The man sued the police, seeking a ruling from the court that acknowledged the officers' behavior had been illegal.

The officers involved in the incident admitted in court that during controls of train passengers, skin color is a criteria police take into consideration. One officer said that if he suspects a person is in Germany illegally and that person looks like a foreigner, then he will conduct a spot check.

But the court ruled that the methods the police used to determine the man's identity had been legal and that, under German law, federal police are permitted on certain railway routes to conduct controls on people who appear to be foreigners, even if there is no concrete suspicion of wrongdoing.

These railway lines are limited to routes police can show have often been used by foreigners to travel illegally into or through Germany, or where there are regular violations of the country's residency law. On those routes, the ruling stated, federal police are permitted to conduct controls based on skin color "regardless of whether a suspicion exists."

Police argued that because of capacity issues and for the sake of efficiency, they are limited to conducting spot checks and thus also need to have the ability to make those choices based on their "outward appearance." The court also ruled that the police conduct these spot checks on potential illegal immigrants based on their "relevant experience in border policing." Because of that experience, the court argued, the criteria had not been applied arbitrarily.

The lawyer for the man who brought the case to court has said he may appeal the decision, possibly taking it to Germany's Federal Constitutional Court.

So far only Germany's left-leaning dailies have run commentaries on the court ruling, but on Thursday those papers offer surprisingly different takes.

"'Good morning, federal police, identity check, please produce your ID.' Four police officers enter the train and check for papers, especially from those of passengers with dark skin or dark hair. Everyone in Germany is familiar with such scenes, and many find them both shameful and discriminatory. But the court in Koblenz has no objections to such practices. Germany's law regulating federal police practices permits controls to take place and passengers' appearance is also allowed to play a role in spot checks. That's not arbitrary because, when it comes to preventing illegal immigration, skin color and appearance are a criteria. Most of those who have entered into Germany illegally have dark skin or dark hair color and, according to German law, concrete suspicion is not required for these checks."

"So the real problem here is the law. If you allow checks without suspicion in order to fight illegal migration, then you also automatically create a discriminatory situation. This discrimination is particularly directed at those who have legal residency here or have even long been German citizens. With each check, they will be reminded once again that they don't actually belong here and, at the very least, have an appearance that leads police to imagine they are illegal immigrants. … Here, the seeds of distrust and racism are permanently sown. Such laws only serve to hinder integration and should be eliminated."

"As tempting as it may be to think that the Koblenz judges have given their open blessing to latent racism among the police force, this impression is wrong -- at least in this case. This is because the judges' ruling applies specifically to train routes that are regularly used by illegal migrants traveling into Germany. In this case it is justifiable for police to concentrate primarily on train passengers who are foreign in appearance. Of course, blond or red-haired passengers will enjoy an unfair advantage here. That's the difficulty with spot checks that are based on subjective criteria and empirical values."

"Still, the police need to ask themselves whether their criteria should still apply. Just take a look at our national football team. It shows that Germans today aren't just blonde-haired, blue-eyed Sebastians and Manuels. They also have names like Mesut, Sami, Jerome or Miroslav." 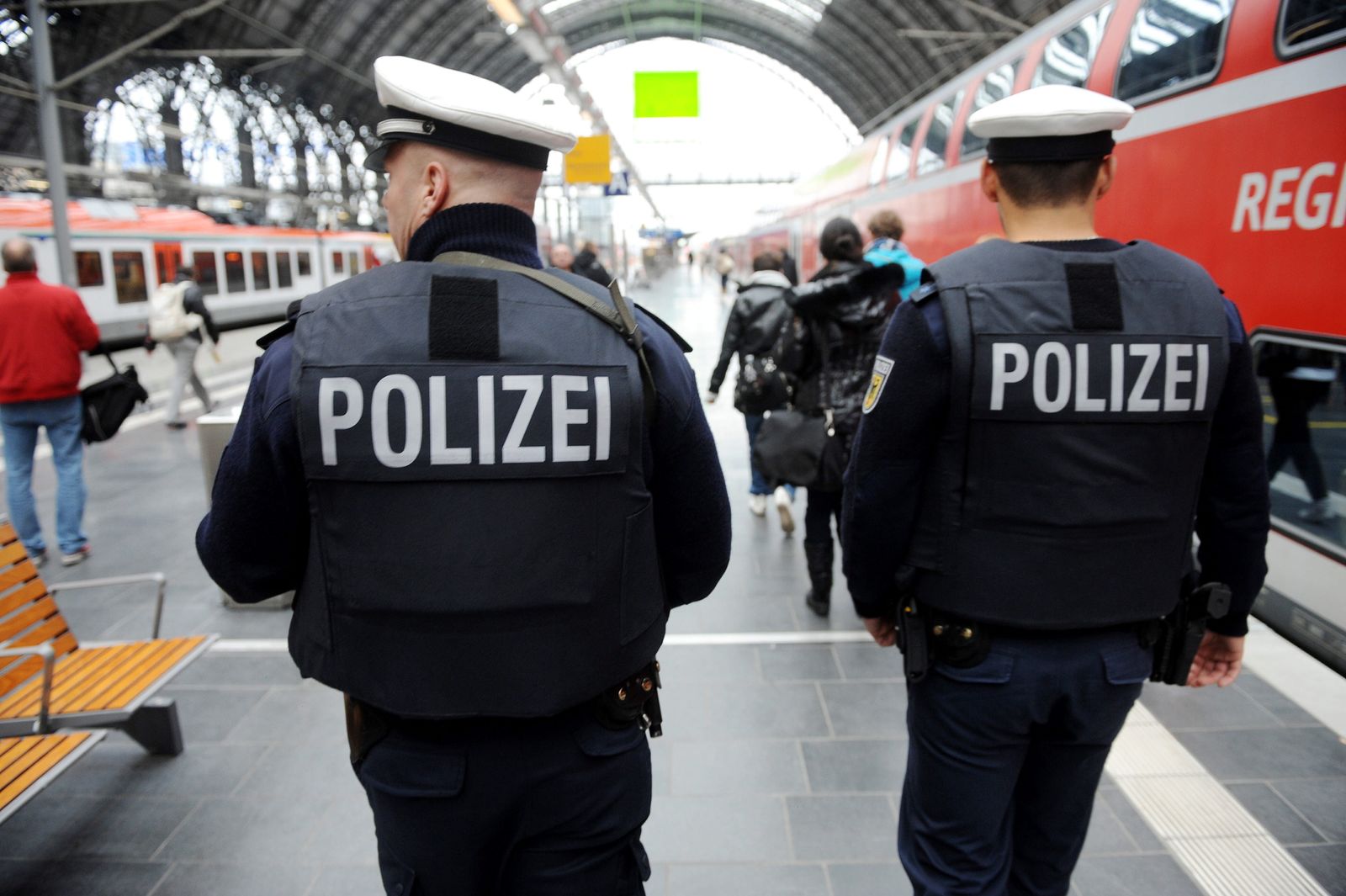 German Federal Police at the Frankfurt train station: "The real problem here is the law."