Same-sex couples in Germany scored a victory on Tuesday when the Federal Constitutional Court ruled that gay people should be allowed to adopt a child that has already been adopted by their partner.

The court said an existing ban on the practice, known as successive adoption, violated the principle of equal treatment of people regardless of their sexual orientation. It said the current system also harmed the rights of the children involved.

The government has until July 2014 to amend the law to incorporate the ruling, which applies to gay people in civil partnerships.

Under German law, a gay or lesbian person can already adopt the biological children of his or her registered partner. In Germany, homosexuals can form civil partnerships but are not allowed to marry.

Opposition parties and gay activists accuse Chancellor Angela Merkel's center-right government failing to enact equality for gay couples. Although civil unions provided protections on inheritance, visitation rights, the immigration of partners to Germany and other key issues, they are still denied some of the main rights accorded to married couples, including tax privileges.

Indeed, Germany lags behind in other European nations in adoption rights for gay couples. The Netherlands, Belgium, Spain, the United Kingdom, Sweden, Norway and Denmark all permit homosexual couples to adopt children together, but not Germany. France plans to allow it soon as well.

"This means a strengthening of the legal positon of adopted children. In the future they will have two parents legally entitled to raise them -- giving them greater legal and material security. The ruling, whch in this form only applies to a small minority of people, is mainly significant because of its wider implications. It will be hard in the future to maintain the argument under which gay couples are banned from adopting children. German Justice Minister Sabine Leutheusser-Schnarrenberger has hailed the ruling as historic. The next step must now be the full right to adoption. The court didn't rule on that. But the ruling clearly points in that direction. That's a good thing. Because a family is where children are loved and cared for responsibly."

"The adoption law will have to be reformed in the coming 14 months. It should be fundamentally overhauled. But given the upcoming election campaign, neither is likely to happen."

"Honest people will admit that we don't know much yet about how the children of same-sex parents develop. Of the 2,000 children living in homosexual families in Germany, only 119 have been surveyed. The others were still too young."

"The conservatives still don't realize that that the world has changed. A majority in society today favors an equal status for gays and lesbians. But the conservatives see the instution of the family under threat because a few thousand gay and lesbian couples want to adopt children."

"The conservative parties are politically isolated with their homophobic stance. All the other parties in Germany's federal parliament, the Bundestag, support giving equal status to gays and lesbians. That's precisely why the Christian Democratic Union (CDU) and Christian Social Union (CSU) won't give in and won't legalize equal parental rights for homosexual couples -- which would be the only logical consequence of the ruling. For the conservatives, the legal distinction between married couples and homosexual life partners is one of the last features that sets them apart from other parties. As long as the CDU and CSU remain in power, the Constitutional Court will keep on hounding the government and forcing it to create equal rights."

"The next Constitutional Court case against the ban on joint adoption rights for gays and lesbians is already being prepared. And a ruling on equal tax treatment is expected this year. It's not worthy of a democratic, progressive state that courts should have to force the government to recognize reality."

"The adoption ruling represents an important step against the discrimination of homosexuals. The equal status of homosexual marriage and married heterosexual couples should be a matter of course in a progressive cultural community like Europe."

But the newspaper adds: "For a child, nothing can replace a father and a mother. Not grandma and grandpa, not aunt and uncle, not the best nursery or all-day school, not the most perfect single parent -- and also not two mothers or two fathers. They are great parents; the state and society owe them the support it gives heterosexuals. But no father can be mother to a child. Or vice versa."

The paper comments that gay and lesbian couples should be given full rights to adopt children. "But they should not be surprised if youth authorities tend to go on favoring giving children to married couples, given the same qualifications and suitability. That's not an expression of a malicious homophobic ideology of a conservative-catholic alliance, but a pragmatic view of the best chances for a child." 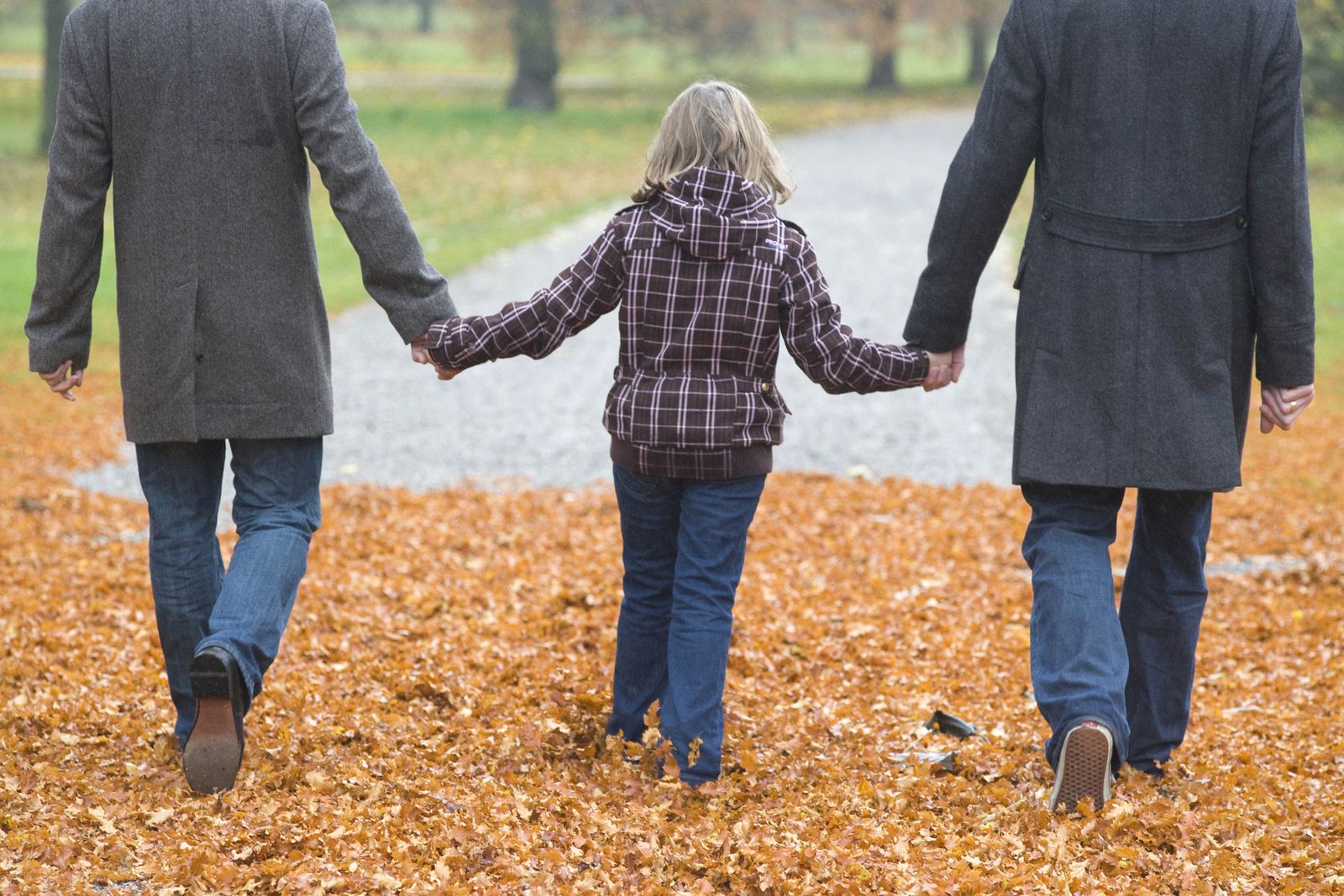 A gay couple with their daughter.