Germany elected Joachim Gauck, a former Protestant pastor and civil rights activist from eastern Germany, as its president on Sunday. The vote means that Germany's two top leaders, for the first time, hail from the states that formerly belonged to East Germany.

German Chancellor Angela Merkel, also from the east and the daughter of a Protestant pastor, was the first to congratulate him. Gauck, who previously lost an election to become president in 2010, had been promoted by the opposition center-left Social Democrats and the Green Party for a renewed candidacy after Christian Wulff resigned from the office in February amidst corruption allegations. Merkel initially resisted his candidacy but was forced to throw in her support after her government's junior coalition partner, the business-friendly Free Democratic Party, said it would back Gauck. Ultimately, all major German parties, including Merkel's conservative Christian Democrats, supported the joint candidate. 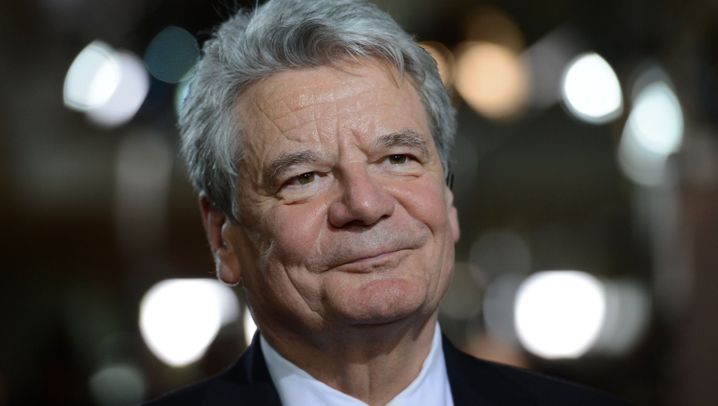 Gauck rose to prominence after the fall of the Berlin Wall for his successful stewardship of the massive archive of the feared former East German secret police, the Stasi. He has been praised in Germany for his efforts to promote freedom and democracy.

But he is also a president who will have to fulfil massive expectations. The office of the president is widely perceived to have been badly damaged by Wulff's sudden resignation and also that of his predecessor, Horst Köhler, who stepped down suddenly in 2010 after making controversial remarks about Germany's deployment in Afghanistan.

The Federal Assembly, the specially convened 1,240-member body that elects the largely symbolic German president, met on Sunday in the Reichstag building in Berlin. Addressing the assembly, Gauck said: "What a beautiful Sunday." It was reference to the fact that the first -- and only -- democratic elections were held in East Germany on March 18, 1990, 22 years ago. "I will never miss an election," Gauck said, generating great applause.

Although Gauck obtained 991 of 1,228 valid votes and his election was seen as a foregone conclusion, there were also 108 abstentions -- a relatively large number for a presidential election. In addition, 126 also voted for 73-year-old Beate Klarsfeld, who stood as the candidate for Germany's Left Party, which includes members of the successor party to the former East German communists. Klarsfeld is well known for her work uncovering former Nazis in German public life. She became famous in 1968 when she slapped then-German Chancellor Kurt Georg Kiesinger because he had once worked in Goebbels' Nazi propaganda ministry.

Although the abstentions show that support for Gauck is far from universal -- both in the Federal Assembly and in society -- the new president described them as "motivating," adding that he wants to persuade his critics that he is the right man for the job. In his speech, Gauck said he would seek to do so by "reengaging with issues, problems and people" and discussing the issues "that move us in Europe and the world today."

"The expectations for the 11th postwar German president could hardly be greater, and they will surely command respect even from someone who has enormous self-confidence like Gauck. Gauck isn't just moving into Bellevue Palace with an overwhelming majority -- he is also going there with a comprehensive mandate to reform the office of the president. He is expected to return the former shine to an office whose dignity and image has suffered. After one president quit and another one failed, the people and the political class expect Gauck to bestow so much luster on the office he will now hold, that Germans can once again be pleased with their head of state."

"The Germans, in their paradoxical constitution, have created an office in which a person is expected to exercise influence on all Germans without having power over them in the traditional political sense. In this welfare state -- and the nanny state indeed has a service provider for everything -- the president is expected to ensure that the people are provided with a compass for intellect and morals. The president is responsible for the job of endowing politics with meaning. He is expected to promote societal debates while simultaneously providing the cement that holds society together. He is expected to weave the material from which the dream of a fair and peaceful community is created -- in Germany and the rest of the world."

"Gauck himself once called this job description a 'mission impossible.' But who else would dare to take this job, with its unhappy past history, if not this freelance 'democracy teacher' (as Merkel has described him) who has spent the last two years touring the country with his 'What can we do better' lecture? This pastor who became a civil rights campaigner is, according to the hopes instilled in him, the German version of Czech playwright and politician Vaclav Havel. He is a man that intellectuals, particularly in western Germany, had been yearning for -- so much so, in fact, that they were willing to overlook just how his views diverged from theirs on a number of issues. Not to mention the fact that the former East German is not as universally venerated in the east as he is in the west."

"A political leader and a guide? Gauck was and is self-confident enough to be pleased about such descriptions and about such high-flying expectations. He believes he has what it takes to assume this leadership position -- and most Germans also trust him to do the job. People don't want to be overly disappointed after the experiences with both of Gauck's predecessors. As a traveling lecturer in recent years, Gauck already presented himself as a 'missionary for all things relating to democracy'. And that's not a bad description for his job as president."

"That could be the basis for a good presidency, particularly because Gauck has a unique gift: He doesn't just trust himself -- he also trusts others and he instils people with a sense of responsibility. He demonstrated that during his tenure as the head of the agency responsible for administering the Stasi files, where he trusted people and also their ability to learn from experience, even if they were former Stasi employees. He also continued to employ them as officials and normal workers, and he wasn't disappointed."

"Those close to Gauck describe him as a man who likes to empower people because he trusts them. If he could also translate that ability to society in an effective way, then that could be a task worthy of the presidency."

"One thing can be said after Joachim Gauck's first half-day in office: He's got the right stuff to fulfil at least a good deal of the huge expectations that have been placed in him and his office. And that will be no easy job, because what the country is expecting after Wulff's disastrous exit is no less than the best president ever."

"Against this backdrop, Gauck presented himself on Sunday as fearless and also willing to learn. He wants to listen and be advised when it comes to difficult topics -- because no one should believe that he has the definitive answers to every issue, he says. That creates a sympathetic image of him and it also contradicts what many critics believed in the run-up to his election: namely that Gauck's ego is too big."

"If he is well advised, then he will expand on his favorite topic of freedom, which until now has largely been based on his experience with living under the East German dictatorship. What does freedom mean in a society where the distribution of income can damage societal peace? And how much freedom are we willing to yield in the fight against terrorism? And where are the limits to our obsession with surveillance and control? He could apply the large theme of freedom to these everyday political questions."

"Now the country has a new president. And with his very first words, Gauck proved that he has learned some lessons from the heated debate over him. After his election, he said he would engage himself with new issues, problems and people. In other words: The president wants to learn."

"He deserves respect for this statement. A president who constantly wants to re-evaluate his theories based on new experiences is always better than one who constantly repeats the same things." 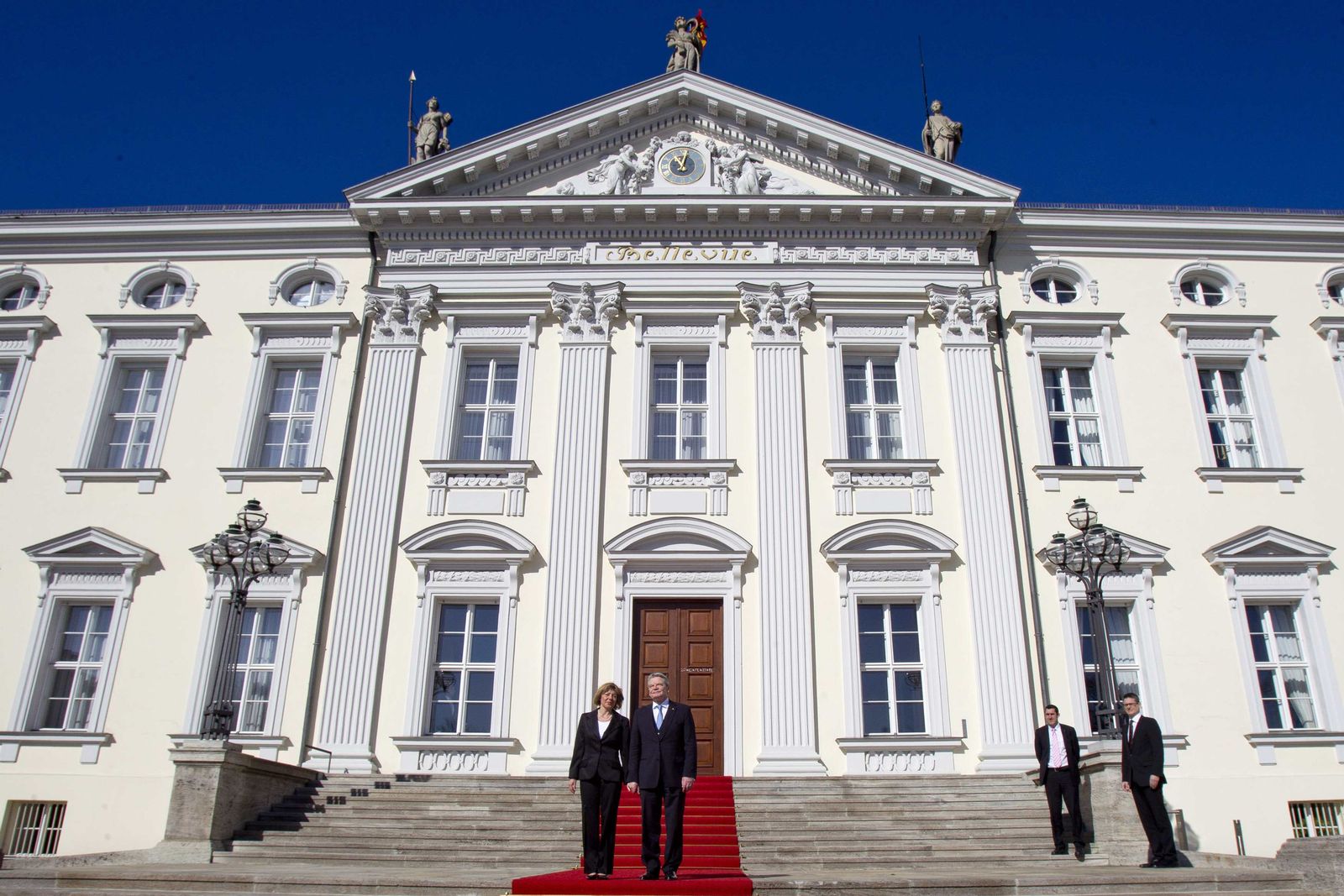 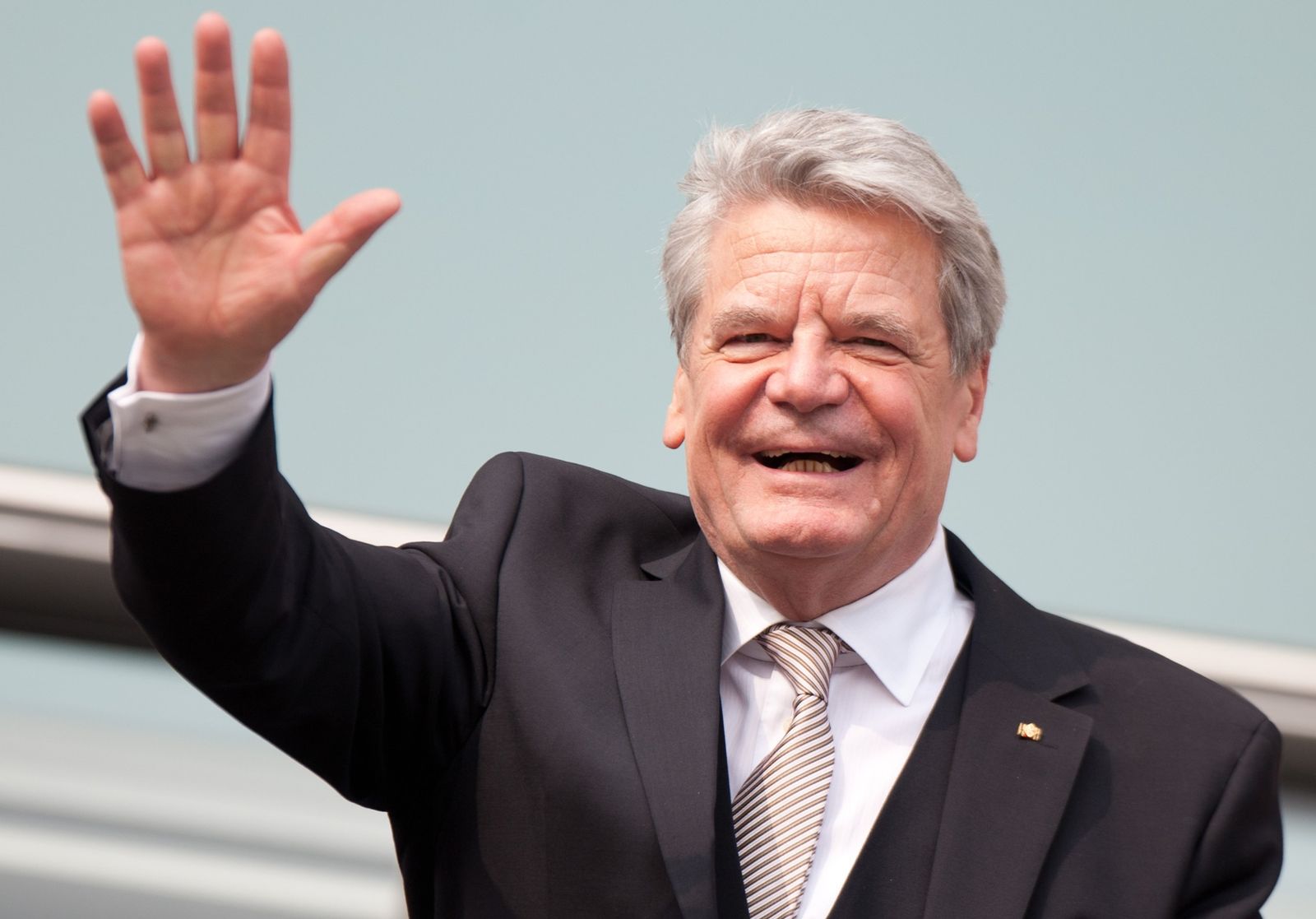 Joachim Gauck waves at supporters from a balcony in the Reichstag, the German parliament building.