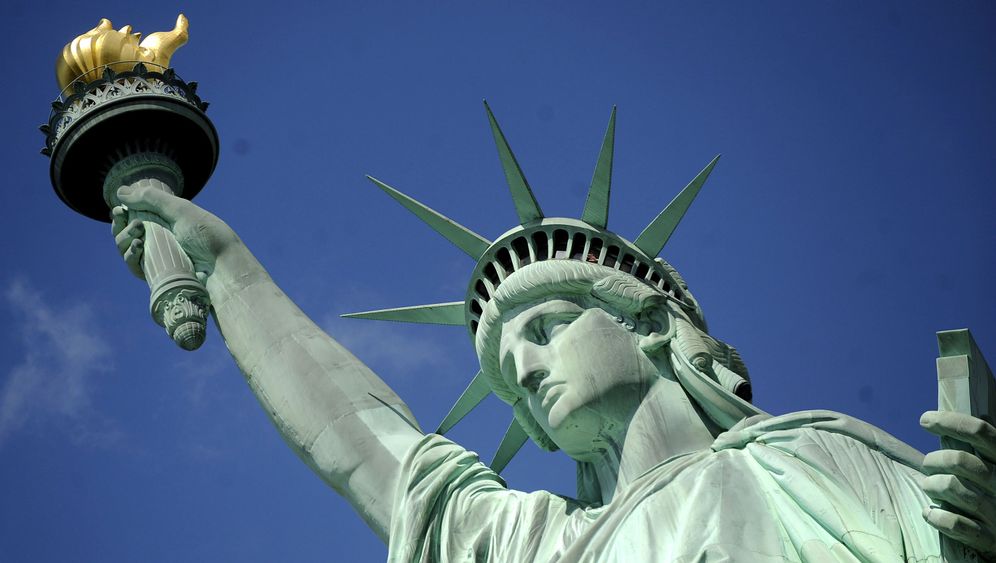 Photo Gallery: Consequences of the Shutdown

The illustration on the cover of German business daily Handelsblatt on Wednesday morning fairly well encapsulates the way the US federal government shutdown is being perceived across the Atlantic. The Statue of Liberty stands bound in chains, her torch hand hanging listlessly by her side. Across it reads the headline: "The Blocked World Power."

Many Germans have found it hard to understand American lawmakers' inability to resolve their budget disagreements in time to prevent a shutdown of all nonessential government services, which went into effect at midnight on Monday night. "What Washington currently offers up is a spectacle, but one in which the spectators feel more like crying," writes the conservative daily Frankfurter Allgemeine Zeitung.

"Because Republicans and Democrats, House and Senate, Congress and president could not agree on a stop-gap budget, hundreds of thousands of federal employees were sent on involuntary leave and many agencies were forced to shut down," continues the editorial. "The main actors in this dispute, which brings together many factors, both ideological and political, took a huge risk and, unhindered, proceeded to validate everyone who ever accused the political establishment in Washington of being rotten to the core -- by driving the world power into a budgetary state of emergency. The public is left wondering how things could have been allowed to get to this point and why there is so much poison in the system."

Elsewhere, German commentators asked whether a similar government shutdown could happen in Berlin, where Chancellor Angela Merkel is currently embroiled in drawn-out talks over Germany's federal budget between her conservatives and their probable coalition partner, the center-left Social Democrats. "The American situation is not at all comparable with the Germans," Professor Henrik Enderlein, a Berlin-based expert on political economy, assured news agency DPA on Wednesday. The article went on to characterize the shutdown as a "specifically American problem," a sentiment echoed by other media outlets.

Yet it was clear to many that the fallout would be far-reaching. "The whole world pays for America's shutdown," reads a headline in the right-leaning daily Die Welt above an article about the consequences on the German economy. In the article, several prominent German economists registered disapproval. "If the Americans shoot themselves in the foot right now, it is highly dangerous for the entire global economy, and of course for the German export economy," warned Anton Böner, president of the Federal Association for German Wholesalers and Foreign Trade.

The overwhelming consensus among the German press is that the Republicans are the most to blame for the gridlock. In a Tuesday commentary, SPIEGEL ONLINE's Gregor Peter Schmitz dubbed them the "kamikaze party." He attributed the gridlock to America's mercenary political culture -- where directly elected lawmakers run for re-election every two years and campaigns are privately financed -- as well as to the lack of party infrastructure compared to Germany's parliamentary model with its publicly funded campaigns.

"It's circumstances like these," writes Schmitz, "that explain why a brigade of Republicans conduct themselves like a bunch of Berlusconis -- as enemies of the state from within who want to cripple the country because that's the desire of their conservative voters at home."

When it came to the Tea Party wing of the Republican Party, the German press was not pulling any punches. "There are fundamentalists within the world's largest democracy: The hardline wing of the Republican Party are once more crippling the United States," writes Nuremberg's Nachrichten. The Tea Party movement, it concludes, "does not engage in democracy, but in dogmatism."

"Here are fundamentalists at work who hold up their country to ridicule to advance their pure doctrine," wrote a commentator in Collogne's Stadt-Anzeiger. "What a tragedy!"

'Self-Destruction' of a Democracy

Munich's national Süddeutsche Zeitung offers a slightly more depressing take, pointing blame at all sides. "What has already been apparent in America for a few years now is the self-destruction of one of the world's oldest democracies. And the great tragedy here is that this work of destruction isn't being wrought by enemies of democracy, greedy lobbyists or sinister major party donors. America's democracy is bring broken by the very people who are supposed to be carry and preserve it: the voters, the parties and the politicians."

The argument? The Republicans who have brought Washington to stillstand are repeatedly and democratically elected by voters and given a mandate to block. The parties themselves are fomenting an increasingly radicalized culture that deepens political, societal and geographic divisions in the country, argues the newspaper. And finally, there are few politicians in America who are willing or capable of thinking beyond their own electoral constituencies.

"At the moment, Washington is fighting over the budget and nobody knows if the county will still be solvent in three weeks," the paper concludes. "What is clear, though, is that America is already politically bankrupt." 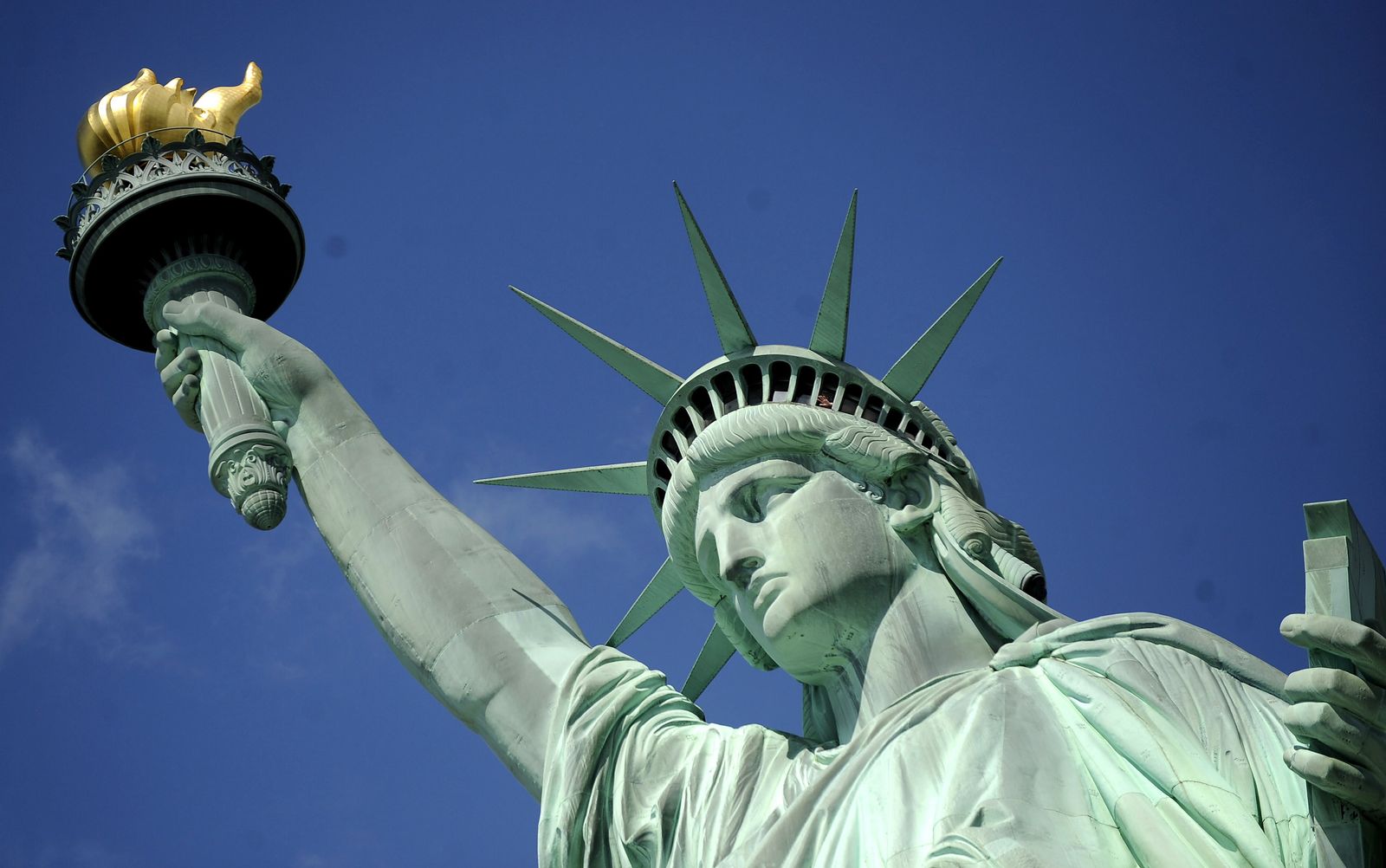 The Statue of Liberty in New York is currently closed due to the government shutdown. The situation affects tourism facilities, among many other "nonessential" federal services. 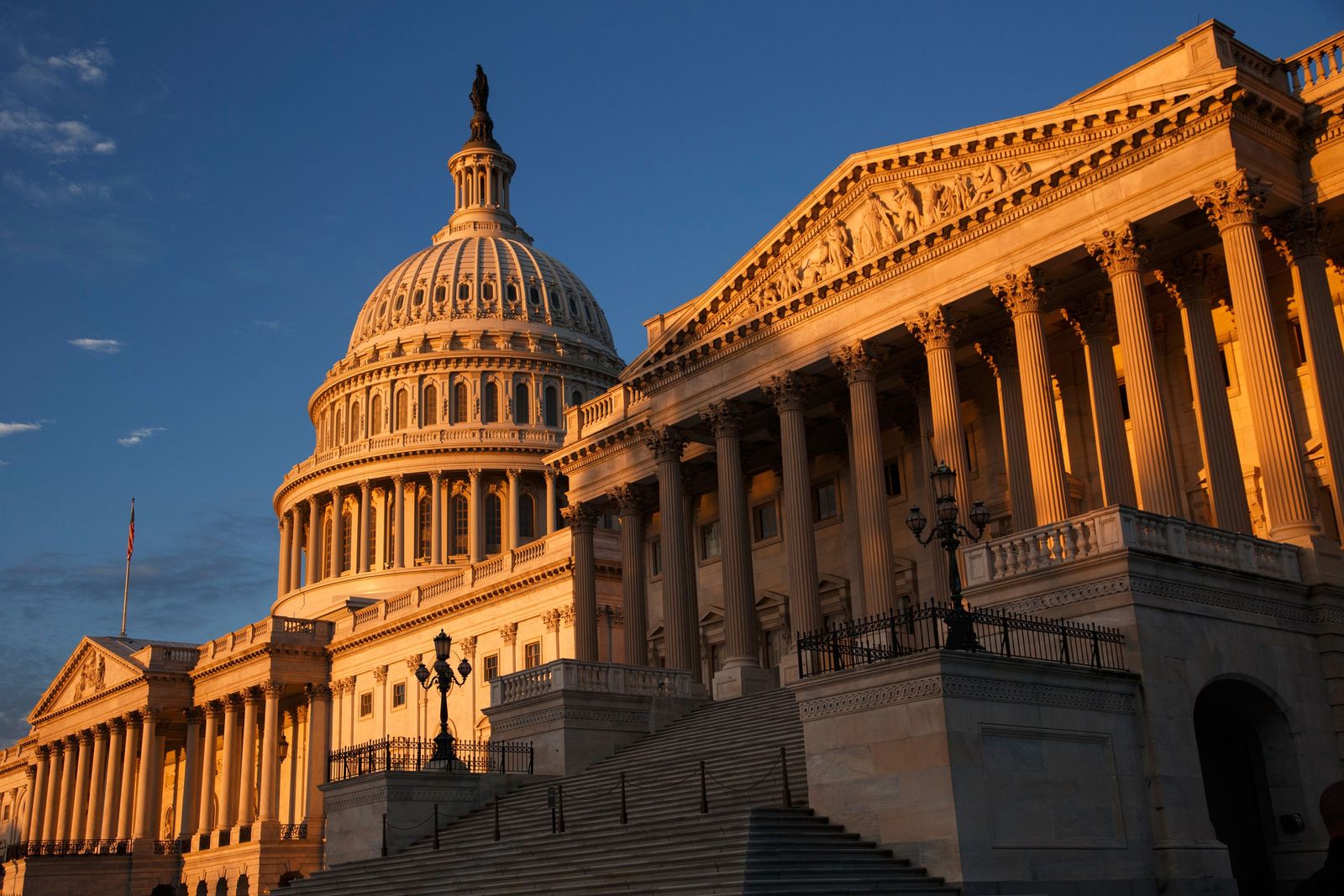 Since Tuesday, tours to the Capitol in Washington have been suspended. Hundreds of thousands of federal employees have been put on involuntary leave.