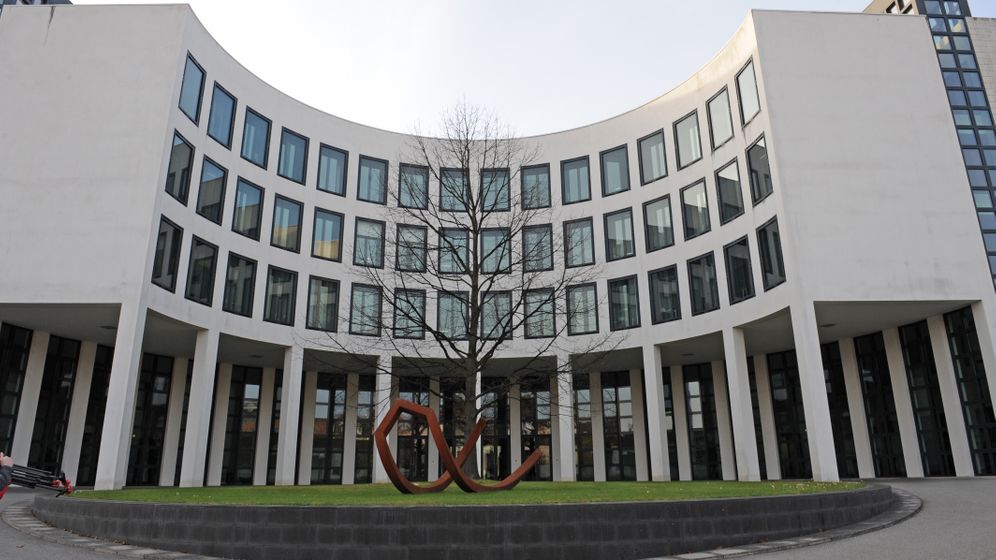 It happened at noon on Nov. 11, 2011, a date the members of Federal Prosecutor General Harald Range's staff are unlikely to forget. It was when the Federal Constitutional Court in the southwestern city of Karlsruhe took over responsibility for the case of the neo-Nazi group calling itself the National Socialist Underground (NSU). From then on, up to 10 prosecutors from various departments worked for almost a year, often around the clock, until their Herculean achievement, the 488-page indictment, was complete. It testifies to the prosecution's firm commitment to relentlessly investigating racially motivated murders in Germany.

From today's perspective, a Gordian knot seems to have been cut on that day. The suspicion that the murders of 10 people -- eight men of Turkish descent, one Greek and one German policewoman -- and other attacks, as well as a series of unsolved robberies, could be acts of terrorism could no longer be denied. Karlsruhe, say court insiders, finally managed to take control of the investigations, so as to put an end to the series of embarrassing blunders and miscalculations by law enforcement officials.

Until that day, the Federal Prosecutor General's hands had been tied. His powers to intervene in such cases are limited. He can only become involved when politically motivated crimes are at issue, especially terrorist acts of violence or cases of treason and espionage affecting Germany's internal or external security to an especially high degree. But in order to be able to intervene, he needs information that he lacked at the time.

"They were all full of good intentions," Rainer Griesbaum, the department head in charge of the case says today. Despite their repeated efforts, his staff was unable to obtain, from the state public prosecutors' offices, acceptable evidence to support the contention that the crimes affected national security. "We got nothing from them," says Griesbaum, noting that the state officials were convinced that the series of murders and robberies were the work of a criminal gang. Still, a profiler from Bavaria did frequently address the theory that right-wing extremist perpetrators could be involved. In retrospect, says Griesbaum, the profiler's theory was fairly close to the truth. But it was just one of many speculative theories.

The main crime scene at the time was at Frühlingsstraße 26 in the eastern city of Zwickau, where part of a building exploded and went up in flames on Nov. 4, 2011. The three alleged NSU members Beate Zschäpe, Uwe Böhnhardt and Uwe Mundlos had lived at that address. The Federal Prosecutor General accused Zschäpe of setting the fire to destroy evidence. A senior prosecutor from the Federal Prosecutor's Office immediately went to Zwickau.

The discovery of a video claiming responsibility for one of the killings, which clearly suggested that the murders were acts of terror, triggered the Karlsruhe prosecutor's intervention. Unlike the left-wing terrorists of the Red Army Faction (RAF), who had announced that they were the perpetrators after each of their attacks, the NSU committed its murders in secret. The authorities had no knowledge of a video claiming responsibility for the crimes.

But now many of the details seemed to fall into place: the Ceska pistol with which nine people had been shot dead, the murder weapon in the case of the young police officer, Michèle Kiesewetter, and the killers' inhuman goals. Suddenly it all made sense. "We were dumbfounded," says Griesbaum.

A massive investigative machine was fired up. It was headed by the reserved, unflappable Federal Public Prosecutor Herbert Diemer, and Senior Prosecutors Anett Greger and Jochen Weingarten. By now, the results of the investigation had filled around 1,000 file folders. New information was constantly being added as a result of the ongoing analysis of exhibits, which already numbered more than 7,000. There were 64 terabytes of accumulated data.

A separate investigation was now underway against another, unknown defendant. The prosecutors continued to assume that the group behind the crimes was a very small terrorist cell, the NSU, consisting of Böhnhardt and Mundlos, who had been found shot dead in an apparent double suicide on Nov. 4, 2012, and Beate Zschäpe. Beginning on May 6, Zschäpe, the surviving alleged NSU member, and four presumed accomplices will be put on trial in Munich, where they will face charges of involvement in 10 murders and other crimes. For many of those involved, the fact that the case has finally reached this point is in a sense liberating. Nevertheless, the last word hasn't been spoken on whether this cell may have been larger, after all, and the breeding ground in which it thrived more fertile than previously thought.

No One Suspected Right-Wing Terrorism

Shouldn't the Federal Prosecutor General have pricked up his ears in 1998, when police found pipe bombs, 1.4 kilograms (3.1 lbs.) of TNT and death threats against foreigners in a garage the neo-Nazi trio had rented in Jena? Shouldn't the top investigators at the Federal Criminal Police Office have devoted their specialized knowledge and manpower to zeroing in on the suspects? What other signs of a right-wing terrorist threat did they need?

"We've already included that in our examination," says Federal Prosecutor General Range. But the public prosecutors in the eastern city of Gera and law enforcement officials had merely viewed the trio as a loosely connected group of criminals, rather than a terrorist organization with a unified will and corresponding objectives. Moreover, when Böhnhardt, Mundlos and Zschäpe disappeared in 1998 to avoid arrest, says Range, they had not yet formed a terrorist organization, nor had they committed any murders yet.

Or were the investigators merely blind to the far-right threat? Griesbaum isn't the only one who finds this question troubling. Prosecutors had turned the evidence over again and again, he says heatedly. "In the Kiesewetter case, every stone was indeed turned over three times, because the police were determined to find out who had killed their fellow officer." But no one, says Griesbaum, had suspected that it was the work of terrorists.

Right-wing terrorism had also been underestimated, says Griesbaum, as had the intellectual abilities of the NSU members. "No one could imagine the double life that Ms. Zschäpe was leading. The life of these three people who were even isolated from the far-right scene! That very small group of supporters! They had everything under control! And no one talked about it!" A year after the trio had gone underground, says Griesbaum, all that was left was a series of rumors about them. Tips from ordinary citizens were unusable. "You have to ignore the knowledge we have today. It all sounded different at the time."

Griesbaum can still talk himself into a rage today when he describes how the investigation continued at the time, but without much hope of success. "It was eerie! The scattered crime scenes, the victims who seemed to have nothing in common. And now, in retrospect, the realization of how highly professional the perpetrators were!"

Cases like Solingen or Mölln, where young men set buildings on fire in which foreigners lived, cannot be compared with the NSU crimes, says Griesbaum. "It was always said that the right-wing extremists couldn't even think in as conspiratorially as the left-wing terrorists. They were underestimated," says Griesbaum. And besides, he adds, the authorities allowed themselves to be taken hostage by the 9/11 attacks, ignoring information coming from the far right.

Officials at the Federal Prosecutor's Office now have high hopes that the trial in the Munich Higher Regional Court will improve the authorities' knowledge about this type of terrorism. While parliamentary investigative committees only seek to achieve partial results, "real analysis" is done in court. The courtroom has always been the place where one comes closest to the truth, Federal Prosecutor General Range said in a SPIEGEL interview shortly after charges were filed in November 2012. The trial, he added, will certainly enable law enforcement officials to gather experiences for the future, because the courts have already been sensitized to this need.

The outcomes of the trial, says Range, will shape how investigative authorities react in the future, and whether the Federal Prosecutor General should be provided with more authority. One should also consider, says Range, whether the prosecutor general should be allowed to "play a more active role in examining his own jurisdiction over an investigation." "The mentality has to change," says Range, "to the effect that we say: Wait a minute, this could be something for the Federal Prosecutor General." Perhaps there were miscalculations at the time, he says, "but certainly no incorrect or incomplete information, in the sense that something was deliberately withheld from us."

The mood is confident at the Federal Prosecutor's Office shortly before the trial is set to begin. The Munich court, with presiding Judge Manfred Götzl, who started his career as a prosecutor, accepted the indictment without changes and "with great vigor," as they say in Karlsruhe. It will probably be represented in court by Diemer, Greger and Weingarten. The defense will attack the indictment no less vigorously. Neither side is likely to lack commitment. 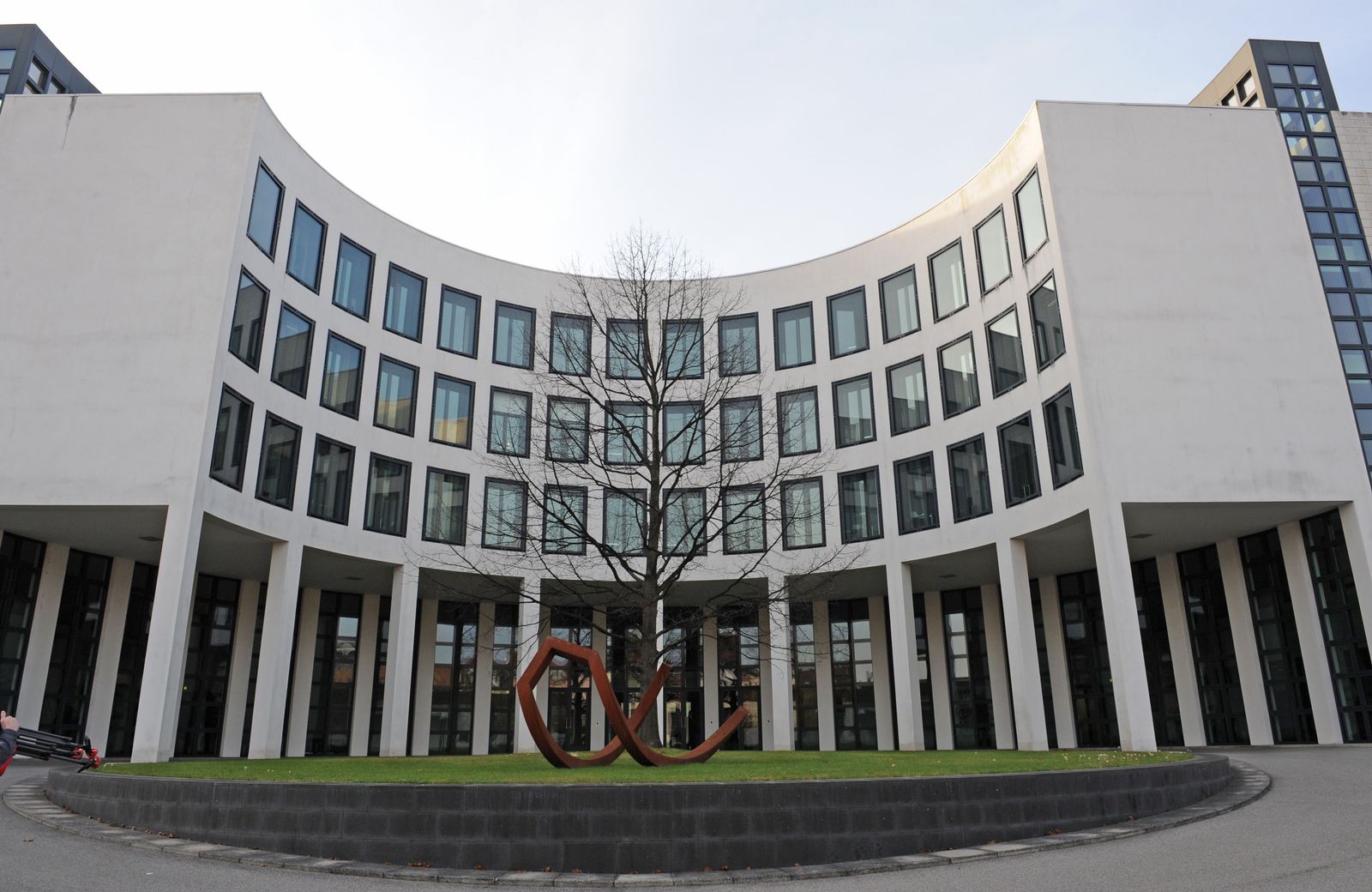 The headquarters of the Federal Prosecutor General in Karlsruhe, south-western Germany. The prosecutor took over the investigation of the case shortly after the discovery of the existence of the National Socialist Underground (NSU) terrorist cell in November 2011.