It remains the most controversial public infrastructure project in Germany, one which has spurred major debate about how such undertakings are approved and financed. But the country's national railway appears to still be moving ahead with plans to significantly reconfigure train lines running into the city of Stuttgart and to completely refashion its central station.

On Tuesday, the news agency Reuters reported on the contents of an internal Deutsche Bahn document in which the government-owned company confirmed that it was only moving ahead with the Stuttgart 21 project because it would be cheaper to continue building it than to abandon it.

The document, which had been put together in preparation for an important supervisory board meeting on the project set to take place on March 5, concludes that if the company were required to cover even just €1.1 billion of the around €2 billion in cost overruns currently being projected and not accounted for in its financing, the project would no longer deliver a return on investment for Deutsche Bahn.

Early on, the company had made breaking even a precondition for going ahead with the project, which has been a lightning rod for protests in the southwestern German state of Baden-Württemberg and has emerged as the symbol of a new protest culture taking shape in the country.

'We Would not Have Begun the Project'

But the paper says the company fears abandoning the project altogether could lead to liabilities of at least €2 billion, and possibly more. Thus, "the executive board supports a continuation of the Stuttgart 21 project," the paper states. Executives also admit that "with the knowledge we have today, we would not have begun the project, but we would still continue it."

Despite the explosion in costs, the federal government has signalled it will give the green light for continuation of the project and the board is likely to approve its completion as well. Company officials are now saying the project will have a maximum total price tag of €6.5 billion. But internal documents suggest it may be lower, around €6 billion.

The document also states that if the company had abandoned the project, it would have ended 2012 with losses, instead of posting a record profit last year. Since 2011, Deutsche Bahn has been required to pay an annual dividend of €500 million to the government, money that is used to help balance the budget. The company claims it would have been forced to pay that dividend out of its existing capital had the project been cancelled.

A new study completed by the law firm Schilling, Zutt & Anschütz may also supply the supervisory board with the arguments it needs to approve further construction. The report claims that giving it a green light would be a defensible corporate decision. And that could be an important consideration for the supervisory board, which is also required to represent the company's interests. The law firm report further backs completion of the project by noting that "economic criteria in particular (the influence on mid-term planning and economic feasibility studies) back this decision."

Currently, Deutsche Bahn is expected to carry the calculated additional costs of €2 billion. The project is being financed by four partners: Deutsche Bahn, the federal government in Berlin, the state of Baden-Württemberg and the city of Stuttgart.

But both the state and city have refused to carry any additional costs beyond a maximum project price tag of €4.5 billion. Under the original deal to build the station in 2009, costs had been agreed at €3.1 billion, but they have since swollen to a figure that has been projected to be as high as €6.8 billion.

On the federal level, both Chancellor Angela Merkel and her finance minister, Wolfgang Schäuble, have both recently voiced their support for finishing the project.

"Stuttgart 21 will be built," Schäuble told the Stuttgarter Zeitung newspaper on Friday. There is a "trans-regional interest in the project. The underground station and the high-speed rail line that connects to it will be momentous in scope for Baden-Württemberg," he said. 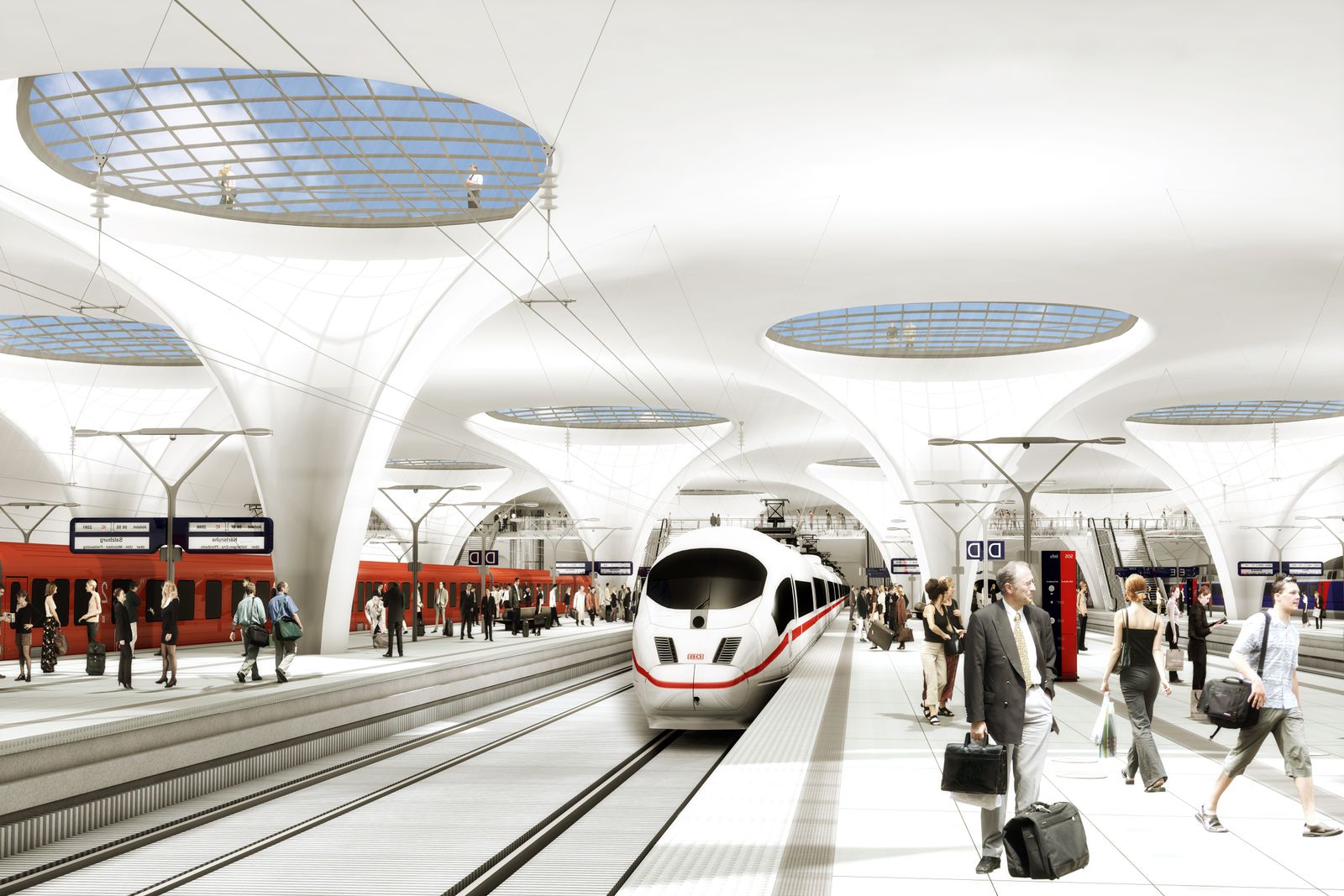 A computer simulation of the planned underground train station in Stuttgart: "It will be built."