A number of years ago, Russian President Vladimir Putin instructed the counterintelligence department of Russia's main domestic security agency, the FSB, to scale back its activities regarding German offices and institutions. However, this remit no longer seems to apply, with Putin taking an increasingly combative stance toward Germany.

An ice age appears to be dawning within German-Russian relations in more ways than one. According to information obtained by SPIEGEL, last week the FSB pressured staff at the German embassy in Moscow to hand over information.

Then, a delegation of Chancellor Angela Merkel's conservative Christian Democratic parliamentarians visiting Moscow last week met with one canceled appointment after another. The same week, a pro-Kremlin mass-circulation newspaper published pictures that supposedly showed the German Chancellor naked. Russian state television, meanwhile, compared the mandatory bank deposit levy in Cyprus, which Merkel backed, with the expropriation of Jews during the Nazi era.

Further fanning the flames of simmering tensions, Alexei Pushkov, head of the foreign committee in the Russian parliament's lower house, the State Duma, accused Germany of playing down Hitler's invasion of the Soviet Union in the popular World War II miniseries "Our Mothers, Our Fathers" ("Unsere Mütter, unsere Väter"), that aired on German TV in late March, saying that it marked "a further attempt to rewrite history."

The word in Berlin is that relations with Moscow had already reached a low point when tax authorities confiscated computers in late March from the St. Petersburg offices of the Konrad Adenauer Foundation, a political think tank aligned with Merkel's Christian Democrats.

But even though Merkel has not hidden her disappointment at recent political and social developments in Russia, government insiders say that she has no desire to burn bridges either. Nonetheless, when German Chancellor hosted a two-and-a half hour dinner with Putin during his visit to the Hanover Trade Fair last week, the mood was reportedly quite frosty. 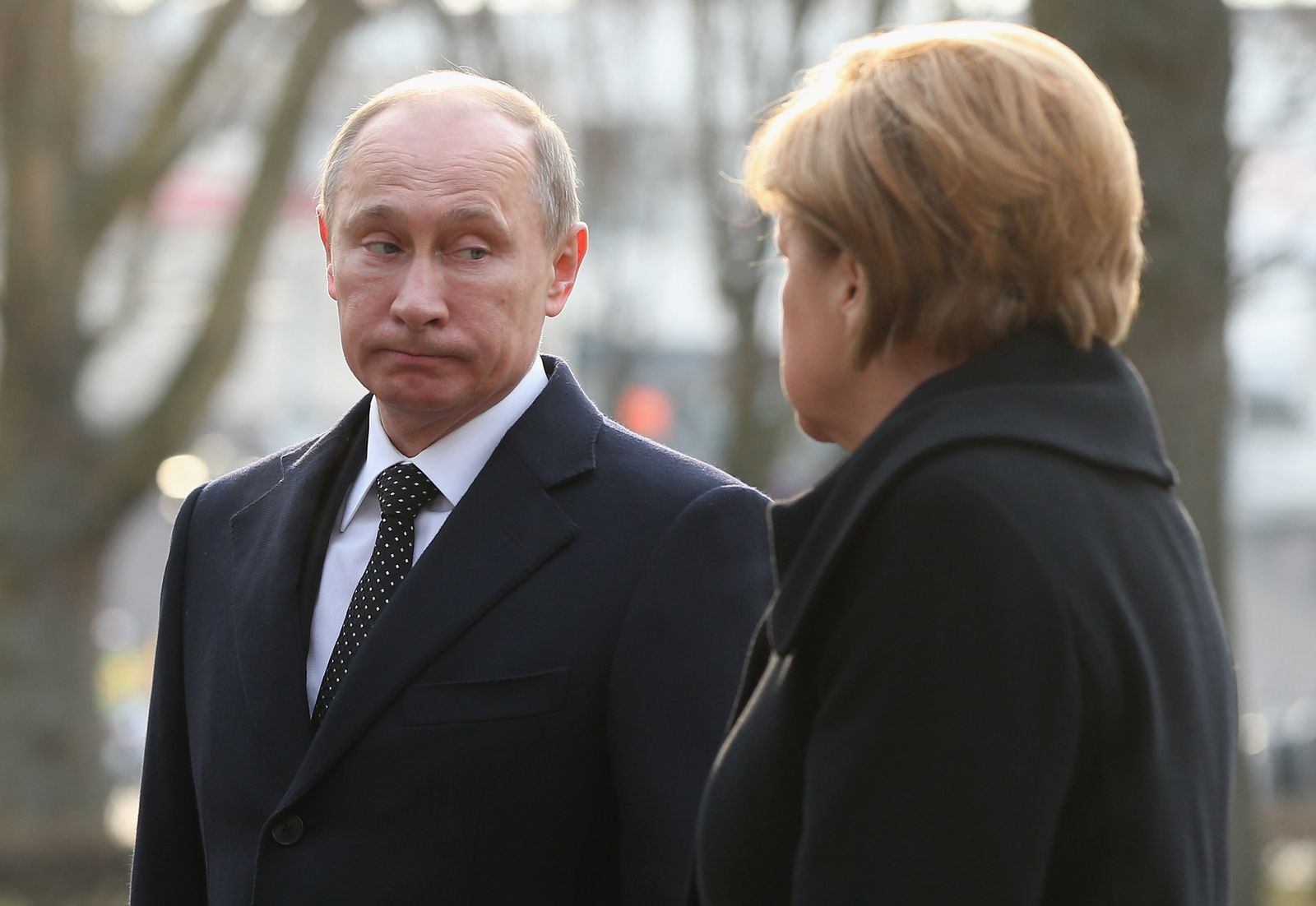 Putin visited Merkel in Germany last week, and things between the leaders were reportedly tense.