A security gap at the Cologne-Bonn Airport meant that the explosive-laden printer from Yemen avoided customs, according to information obtained by SPIEGEL ONLINE. The error prevented a thorough search of the suspicious package -- and the possibility of an early detection.

The German Finance Ministry confirmed that there had been a "flawed transfer of data" between the logistics firm UPS and German customs. That error meant that German security checks on the dangerous package failed when the package traveled through the airport on Oct. 28.

Analysis of the case reveals serious loopholes in Germany's handling of the package: UPS was apparently more than 12 hours too late in transmitting freight documents about the shipments from Yemen to German customs.

Sent from Yemen, the parcel arrived at the German airport at 10:56 p.m. on Oct. 28, and left again for London at 2:00 am the next day, but German customs officials said they did not receive the freight papers for the parcel until late afternoon that Friday.

Had it not been for this error, the package -- in which some 400 grams of the highly explosive Pentaerythritol tetranitrate (PETN) had been hidden -- may have been stopped at the airport. But this didn't happen. After looking at the documents on Friday, German authorities immediately became suspicious of the package, given that it was sent from Yemen and was a second-hand printer. The authorities asked the courier service right away if it could examine the package, but it was already too late. Delivery number 1Z20001 V66809 43792 had already been flown to UPS' freight center in East Midlands, England.

The Finance Ministry stopped short of directly criticizing anyone. A written reply from Finance Minister Wolfgang Schäuble did not even mention the name of the firm UPS. However, the ministry did acknowledge that the package "was processed through Cologne-Bonn Airport one day before customs was informed by the freight firm."

The consequences of this delay were wide-ranging. According to the Finance Ministry, which has jurisdiction for customs, the error meant that authorities "had no knowledge of the item while it was being transported through German territory" and "was therefore unable to properly control the package."

In effect, it allowed the package to pass through Germany without any security checks.

The parcel was detected thanks to a tip-off from the Saudi Arabian intelligence service, which contacted the liaison officers from the Federal Criminal Police Office (BKA) late on Thursday night, saying they had evidence of a package containing a bomb and providing the numbers of both packages.

When this information reached Germany at around 3:00 am on Oct. 29, the suspicious package had already moved on. It was then found and deactivated at the UPS facility in England.

According to the British police, the bomb was apparently intended to detonate as the plane flew over the United States.

German investigators, who also sent a team to England, believe the bomb would have caused a large explosion. Security experts are certain that the explosive device was the work of professionals. They said that even experts working for the Federal Criminal Police Office who examined x-ray images of the bomb, did not identify the explosive device at first glance.

The bomb seized by British investigators was a cleverly built one. The terrorists had filled part of a plastic medical syringe with up to five grams of lead azide, an explosive mass which is also used in military detonators. The 400 grams of PETN were imbedded in white powder inside a printer toner cartridge. A broken light diode was also placed inside the lead azide, connected to a mobile phone circuit board and a battery.

According to research conducted by the BKA, the device was designed to explode when the mobile phone sounded a previously set alarm. The diode would then light and warm, thus igniting the lead azide, which would in turn set the PETN on fire -- a potentially deadly chain reaction.

British criminal investigators found that the explosive PETN was of "an extremely high concentration." Its manufacturers in Yemen would require "logistics that only state facilities should have access to," according to the German investigators' dossier.

British investigators, in their initial findings, said the explosion would have been a "supersonic blast." It would have ripped through the side of the plane, triggering its crash. And even if the attack had only killed a few people, it would have sent out a strong signal, according to one analysis.

This newly uncovered gap in German security shines a light on air freight controls which, until now, have been lax. Customs officials at the Cologne-Bonn Airport report that, in practice, attempts to identify suspicious packages on freight lists often lead nowhere.

In more than one-third of cases, there are no controls, despite customs' suspicion, the sources said. One resigned official described how the packages are often "already up in the air," when the officials want to check them.

For experts in security agencies, this case is just another example of the loopholes in air freight inspections. Experts also warn that the explosives were so professionally hidden that customs officials may not have discovered them, even if the checks had been carried out. Despite this, the sources said, the security gap remains unacceptable.

It remains to be seen whether action will be taken as a result of the embarrassing mistake. When queried by the reporter, UPS said customs had first asked the company to carry out further checks on Oct. 29, by which time the freight had already been transported on to England. The company said it would review its procedures and declined to comment further.

In a statement, the Finance Ministry said that "a complete physical inspection of all freight transport" was "impossible" due to the sheer volume. The ministry added that the "so-called security risk analysis" which was made apparent by the Yemeni package, "would be comprehensively expanded, especially given the available facts and the possibilities for analysis." 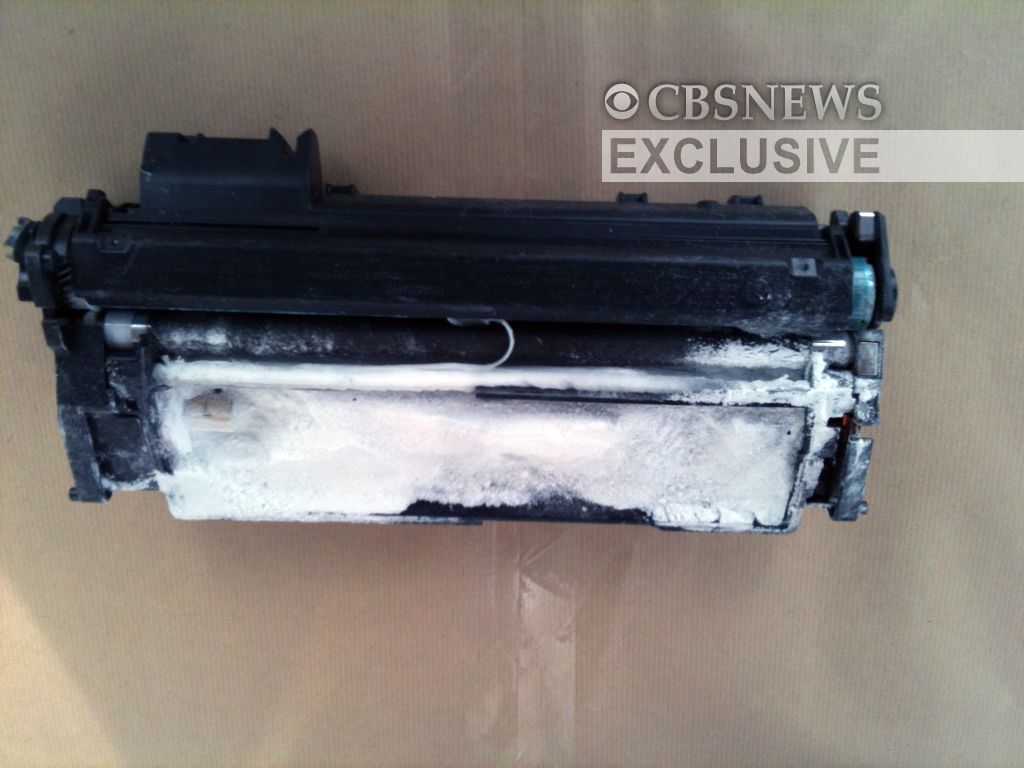