When it comes to the euro crisis, the source of German smugness is not difficult to pinpoint. In 2003, just as economies were beginning to heat up in many of those countries now suffering mightily from brutal austerity packages, Chancellor Gerhard Schröder presented a painful list of welfare cuts and labor market reforms known collectively as Agenda 2010.

The aim was to trim the fat off of the country's social expenditures and streamline the economy. And it appears to have worked. Whereas myriad euro-zone member states are struggling to bring down persistently high budget deficits and improve economic competitiveness, Germany scores well on both counts. Indeed, its non-wage labor costs in 2011 were lower than those in France, Italy, Spain and Greece and only slightly higher than those in Portugal. Furthermore, wages in Germany grew much slower than the European average during the last decade.

But the reforms, which Schröder first presented on March 14, 2003, almost destroyed the Social Democrats. And now, with the general election just six months away, the party is once again having trouble striking a balance between taking credit for an economic success story and distancing itself from Schröder-era welfare cuts that many say have gutted solidarity in the country and exacerbated the abyss between German haves and have-nots.

This week, SPD head Sigmar Gabriel provided an impressive demonstration of the rhetorical tightrope walk his party's ambivalent position on Agenda 2010 requires. "We can be very proud of Agenda 2010. ... Though controversial, it was the correct decision," Gabriel told SPIEGEL ONLINE in a weekend interview. At the same time, his party on Sunday agreed on a platform that positions it far to the left of the Agenda reforms, with many planks designed specifically to distance itself from Schröder's legacy.

SPD Steps Back from Reform

The SPD, of course, is not alone in wanting to patch up some cracks left behind by the reforms. A measure that provided companies with more flexibility to employ temporary workers decimated the low-wage sector, leading to calls from all major parties, including Chancellor Angela Merkel's conservatives, for the establishment of a broad minimum wage to cover sectors where one has not yet been introduced.

But the SPD has largely retreated from its erstwhile role as driver of the reform bandwagon -- even as leading German economists are calling this week for policymakers to double down and push for an "Agenda 2020."

"The realization that there is still a great need for reform in addition to Agenda 2010 seems to have been forgotten by policymakers," said Christoph Schmidt, head of the committee of economic experts which advises the German government, in an interview with the Sunday edition of Die Welt over the weekend. He said it needs to be easier for German companies to eliminate jobs and also suggested that the retirement age be raised once again from the current 67. Other leading economists joined the call, with Klaus Zimmerman, head of the Bonn-based Institute for the Study of Labor saying that a retirement age of 70 was "unavoidable." Gerhard Schröder himself this week likewise called for additional economic reforms.

With the Social Democrats having moved to the left recently, any such reforms are not likely to come from the center-left party and its chancellor candidate Peer Steinbrück. Indeed, despite Gabriel's insistence that Agenda 2010 is no longer a significant source of friction in the party, Schröder's visit to the SPD fraction in German parliament on Tuesday was notable in that it marked his first appearance before Social Democratic lawmakers since Nov. 21, 2005, just days before he lost the Chancellery to Angela Merkel. Officially, he was there to mark the 10-year anniversary of Germany's refusal to join the US in the Iraq invasion, but Agenda 2010 is the primary reason for his extended estrangement from his party.

The SPD's fear of identifying too closely with the reform package, which also included significant cuts to welfare payments and unemployment benefits, is understandable. In the immediate aftermath of the reforms, the party's membership numbers plunged, dropping from 690,000 to 590,000 in just two years. And the fall hasn't stopped since. In 2012, the party had but 484,000 members.

The Decline of the SPD

Many of the disgruntled leftists joined the far-left Left Party, which has siphoned off significant numbers of votes from the SPD in both state and national elections since then. Whereas the SPD had become accustomed to receiving well over 35 percent of the vote in general elections from the 1960s through the 1990s, it has been rough going recently. The 2005 election, when the party received 34.2 percent, was the SPD's second-worst result since the late 1950s. Then, in 2009, they received a paltry 23 percent, its worst-ever result since World War II. Currently, the party stands at 24 percent in the polls.

The decline is not solely due to Agenda 2010, of course. Germany's political party landscape has changed in recent decades, with the rise of the Green Party, the Left Party and, most recently, the Pirate Party. The increased number of options has meant that Merkel's conservatives have also seen their numbers decline. For the Social Democrats, however, the decline has been systemic. Following the passage of Agenda 2010, the country's trade unions -- traditionally the backbone of the SPD -- distanced themselves from the party.

In his interview with SPIEGEL ONLINE, Gabriel insisted that Agenda 2010 is no longer cause for inner-party strife. Yet it remains one of the reasons that Steinbrück, a staunch supporter of the reforms and well known for representing the party's more conservative wing, was a controversial choice as candidate among SPD leftists.

He too has been trying to walk a fine line this week as the 10 year anniversary approaches. "We should have been prouder of and more confident about" Agenda 2010 he said this week, adding that it formed the foundation for Germany's ability to withstand the most recent crisis.

But he quickly rebalanced on the tightrope. In response to a question about his party's new campaign platform, he asked rhetorically: "Why shouldn't the SPD position itself left of center?" 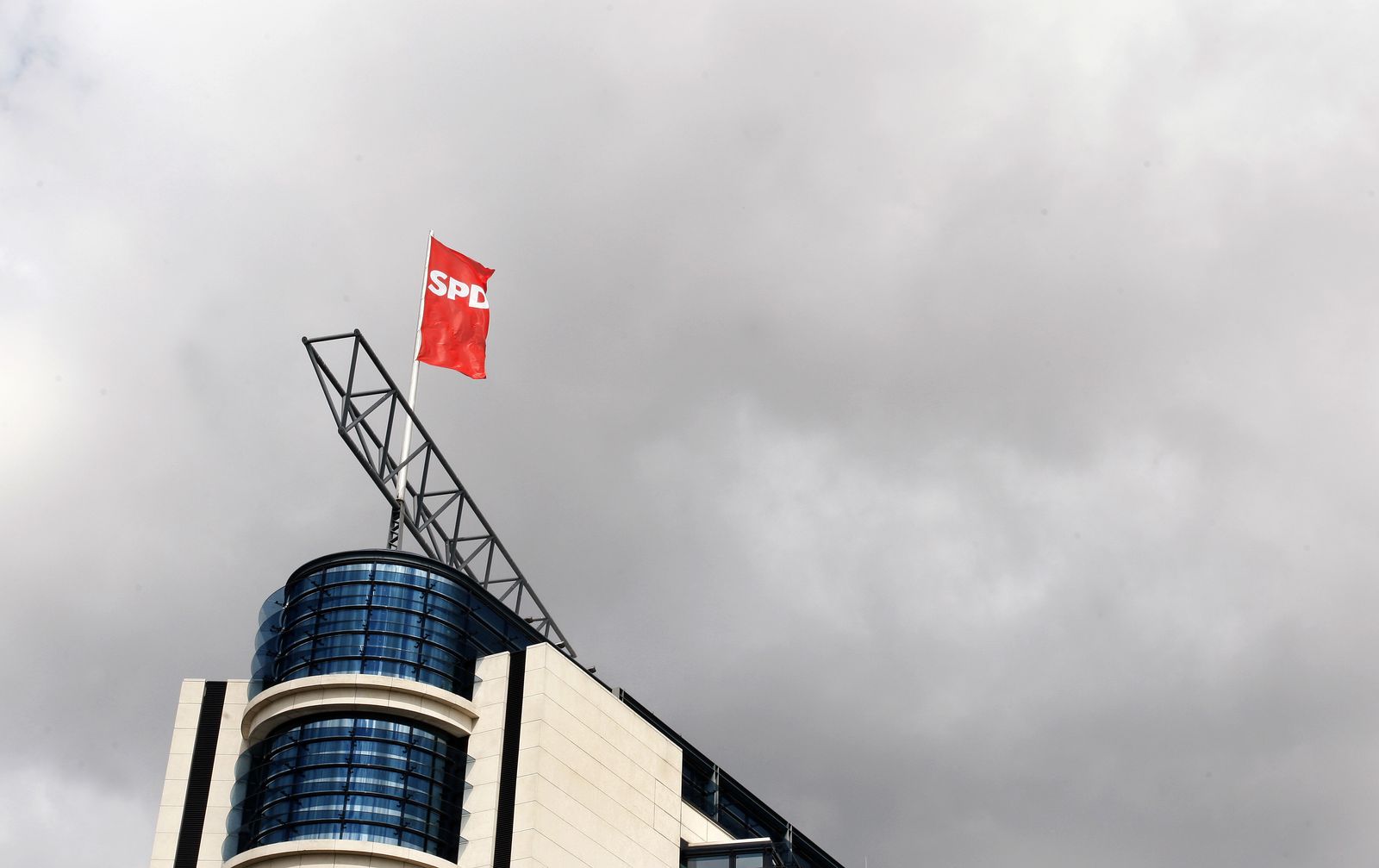 The SPD still hasn't recovered from the far-reaching job-market and social welfare reforms it passed a decade ago.