Is there such a thing as a debate bump in Germany? Merkel challenger Peer Steinbrück was certainly hoping for one this week following Sunday evening's televised face-to-face with the chancellor. But a new poll released on Thursday has dashed his hopes. The survey found that support for Steinbrück's Social Democrats (SPD) has hardly changed and continues to lag far behind Merkel's conservatives.

With just two-and-a-half weeks to go before the election, the survey paints a bleak picture for the SPD and its ambitions of governing the country together with the Green Party. Support for the SPD has stagnated at 26 percent while the downward trend for the Greens has continued, with the party managing just 10 percent in Thursday's poll, conducted by Forschungsgruppe Wahlen.

Chancellor Angela Merkel, meanwhile looks assured of being returned to the Chancellery, with her conservatives (including Merkel's Christian Democrats and its Bavarian sister party, the Christian Social Union) polling at 41 percent. Her junior coalition partners from the Free Democrats (FDP) currently enjoy 6 percent support.

It wasn't supposed to be that way. Whereas opinion seemed split on Sunday evening regarding the debate's victor, Steinbrück's performance was widely praised. Indeed, a flash poll taken immediately following the show seemed to indicate that his likeability had skyrocketed to within three percentage points of the well-liked chancellor.

Alas, it was not to be. The new poll found that 59 percent want Merkel to be chancellor for the next four years (down one from 60 percent). Just 30 percent want Steinbrück.

A second survey released on Thursday provided a potential clue as to why Merkel's popoularity refuses to come down. According to a representative poll taken by the R+V Versicherung insurance company, the ongoing euro crisis is number one on the German electorate's list of fears. And Merkel is widely given credit in the country for having kept the worst of the crisis at arm's length from Germany. 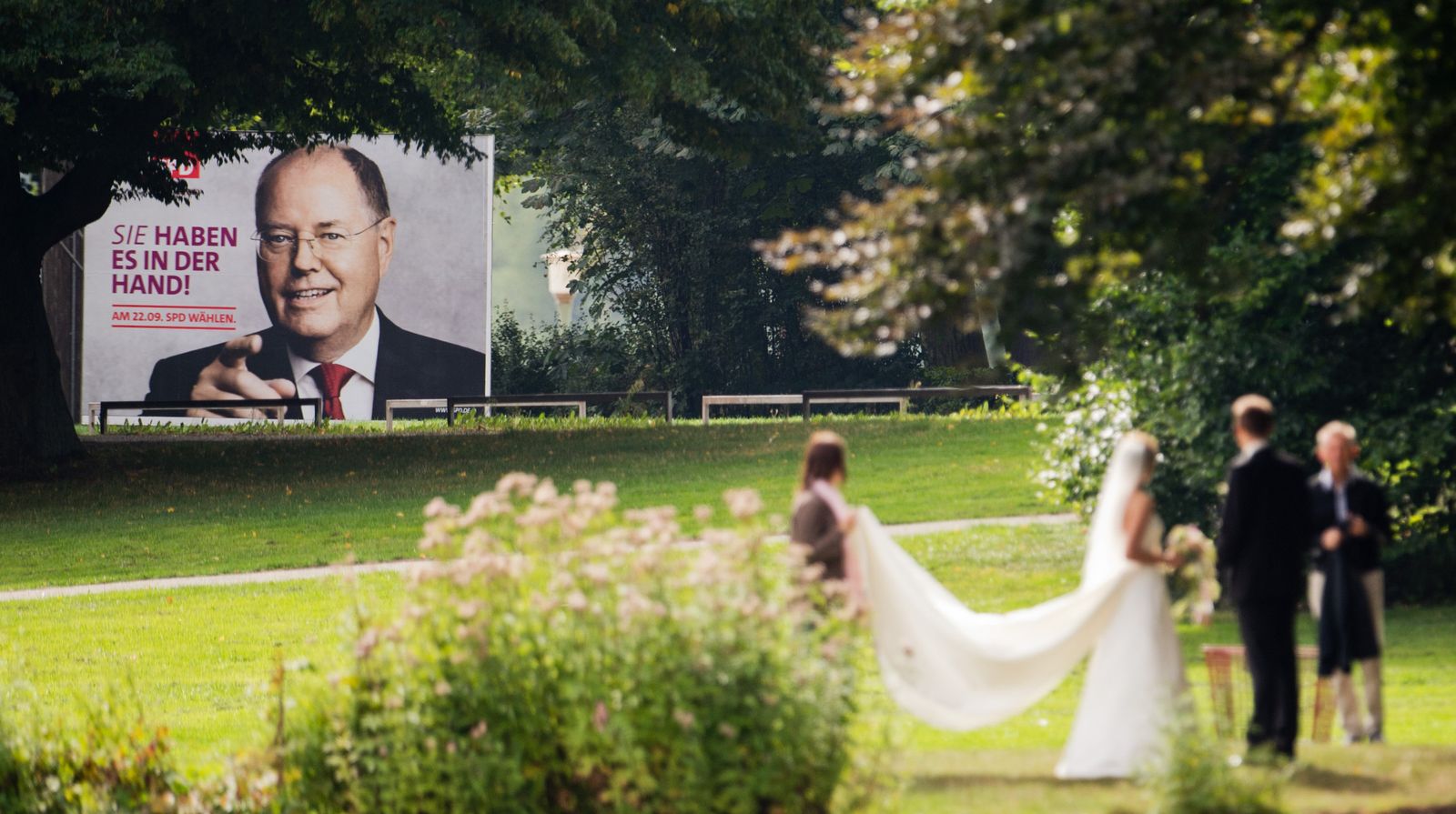 Despite Sunday's debate, SPD candidate Peer Steinbrück is no more popular than before.