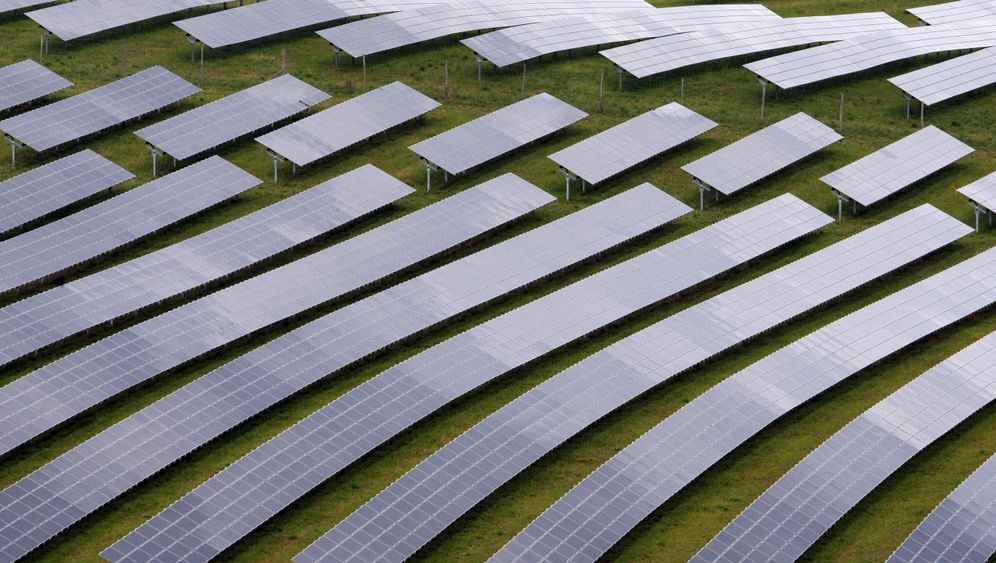 Photo Gallery: The Cost of the Rising Sun

Germany's new environment minister Peter Altmaier had only been in office a week before he traveled to Bonn for an urgent appointment. Important representatives from the German renewable energy industry were expecting him, including Frank Asbeck, CEO of the Bonn based Solarworld AG. And they were not to be put off. They wanted to know from Altmaier, who assumed his office in May, what was going to happen with solar industry subsidies.

The results of those closed-door negotiations will soon be passed on to the general public via their electricity bills, which are once again about to go up -- even though Germans already pay the second highest energy prices in Europe. Next year, a three-person family will likely have to pay up to an additional €175 ($220) to finance the construction of renewable energy infrastructure.

Altmaier's concessions to the solar industry are all the more baffling given that the German government had announced intentions to cut subsidies significantly, making plans to reduce the construction of photovoltaic systems to a reasonable level. And Altmaier himself, in his previous role as whip for the Christian Democrats in German parliament, warned that subsidies for the solar industry were bringing about "billions in additional costs, every week, every month."

Altmaier's switch to the Environment Ministry would appear to have changed his view of the situation. When Altmaier met with representatives from Germany's federal states last week for final negotiations on an amendment to the country's Renewable Energy Sources Act (EEG), there was little talk subsidy cuts.

Ultimately, the lawmakers agreed on a plan that makes considerable concessions to the solar industry, saddling energy consumers with billions in additional costs. The plan calls for funding to install up to 25 additional gigawatts of solar power in the coming years, nearly doubling the current supply. "It's a compromise made at the expense of third parties," says energy expert Holger Krawinkel at the Federation of German Consumer Organizations, "and a disastrous debut for new Environment Minister Peter Altmaier."

A new study by Georg Erdmann, professor of energy systems at Berlin's Technical University, reveals just how far Germany's current center-right governing coalition -- made up of Chancellor Angela Merkel's CDU and the business-friendly Free Democrats (FDP) -- has strayed from its own self-imposed goals. Erdmann has calculated the effects that the latest changes to the EEG will have between now and 2030. He believes that subsidies for renewable energy, including an expansion of the power grid, will saddle energy consumers with costs well over €300 billion ($377 billion).

An environmental surcharge known as the EEG contribution, which is already added to German energy bills, will rise sharply. This renewable energy surcharge currently amounts to 3.59 cents per kilowatt hour. Chancellor Angela Merkel previously promised to cap it at 3.5 cents, but Erdmann's calculations show the EEG contribution jumping to "over 10 cents per kilowatt hour," or nearly three times what the chancellor pledged.

The study is all the more interesting because Erdmann himself is a member of a panel of experts the German government appointed a few months ago to monitor Germany's transition to renewable energy. Though the panel is expected to deliver its conclusions at the end of this year, it already seems clear that Erdmann considers solar energy subsidies a hindrance rather than a help in Germany's phase-out of nuclear energy.

Photovoltaics are threatening to become the costliest mistake in the history of German energy policy. Photovoltaic power plant operators and homeowners with solar panels on their rooftops are expected to pocket around €9 billion ($11.3 billion) this year, yet they contribute barely 4 percent of the country's power supply, and only erratically at that.

When night falls, all solar modules go offline in one fell swoop; in the winter, they barely generate power during the daytime. During the summer, meanwhile, they sometimes generate too much power around midday, without enough storage capacity to capture it all. The distribution network is also not laid out in a way that would allow the country's thousands of owners of photovoltaic arrays -- a term used to denote an installation of several panels working together -- to feed into the grid as well as draw power from it.

To keep the lights on, Germany ends up importing nuclear power from France and the Czech Republic. Grid operator Tennet even resorted to tapping an aging fossil fuel-fired power plant in Austria to compensate for shortages in solar power.

Lobbyists for the solar industry like to impress the public with big numbers concerning their products' theoretical capabilities. And it's true that all currently installed photovoltaic arrays, theoretically, add up to more than 25 gigawatts of capacity, easily double the power generated by all nuclear power plants still operating in Germany.

Unfortunately, solar arrays provide peak performance only with maximum light exposure when the sun is at the perfect vertical angle and the modules at the ideal temperature -- in other words, under laboratory conditions. In reality, all of Germany's photovoltaic arrays together generate less power than two nuclear reactors. And they can't even replace those reactors unless they have enough storage capacity available. The figures on peak performance of photovoltaic arrays lead to misunderstandings, the German Physical Society writes in an expert opinion, stating, "Photovoltaics are fundamentally incapable of replacing any other type of power plant." Essentially, every solar array must be backed up with a conventional power plant as a reserve, creating an expensive double infrastructure.

Many environmentalists, too, believe solar subsidies need to be cut drastically -- for the sake of the environment. Despite the drop in the price of solar modules, solar power is still the least efficient of Germany's renewable energy technologies, yet it's the one that receives the most funding. Nearly 50 percent of all green energy subsides go to solar power, which yields only 20 percent of the energy generated by subsidized technology.

Other green energy technologies have the opposite economics. For the same amount of money, wind power produces about five times more energy than solar power. Hydropower generates six times more, and even biomass power plants are three times as effective as solar power.

This means photovoltaics' contribution to protecting the climate is correspondingly negligible, as calculations by Magdeburg-based environmental economist Joachim Weimann show. To save one ton of CO2, Weimann explains, we could either spend €5 on insulating an old building, €20 as investment in a new gas-fired power plant, or around €500 on photovoltaic arrays. The benefit to the climate is the same in all those scenarios. "From a climate standpoint, every solar plant is a bad investment," Weimann concludes.

The German Advisory Council on the Environment, a government-created body, campaigned in vain to put a cap on the construction of roof-top solar arrays in order to bring the resulting costs under control. The solar power industry has been experiencing an extreme, almost excessive, boom, says Olav Hohmeyer, a professor of energy economics and a member of the advisory council. He believes these issues are jeopardizing acceptance of renewable energy even before the country has truly begun its transition to these energy sources.

Even Greenpeace is dissatisfied, fearing this will become a race to grab the remaining subsidy money. "This is a dangerous decision," Niklas Schinerl, Greenpeace's spokesperson for energy issues, commented in response to the verdict reached by the arbitration panel on the EEG amendment last Wednesday. Schinerl believes costs will skyrocket unnecessarily. "That puts acceptance of the transition to renewable energy at risk, and ultimately compromises the entire EEG," he says.

It looks like now, once again, the solar industry's lobbyists have managed to get their way. Well practiced at dressing up their own economic interests in noble environmental goals, last Tuesday they made the rounds to win over the federal and state-level representatives on the arbitration committee. They also had serious discussions with Minister Altmaier, in the words of one representative from a major solar panel manufacturer.

The first thing to go was a regulation that would have established a minimum distance of four kilometers (2.5 miles) between large-scale solar plants, opting for two kilometers instead. The driving force behind this modification was former coal-mining company RAG, which wants to construct large solar arrays on old waste dumps in the state of Saarland. The reduction in the required minimum distance makes it possible to fit considerably more arrays into the same amount of space. Saarland's governor, Annegret Kramp-Karrenbauer (CDU), introduced the proposed change during the negotiations. Presumably it didn't hurt that Altmaier comes from Saarland as well.

Solarworld CEO Asbeck also fared well. For weeks, he had pushed lawmakers to exempt small and mid-sized photovoltaic arrays from the proposed cuts as much as possible. Coincidentally, these are precisely the type of arrays Asbeck himself manufactures, and which in the space of a few short years have made him a multimillionaire with a castle and a Rolls-Royce, not to mention the patron of numerous politicians.

Asbeck got what he wanted. Rather than the originally planned cuts, a new subsidy category suddenly appeared in the amendment to the EEG, stipulating only moderate reductions in funding for mid-sized rooftop arrays. "That's all Asbeck," says one participant in the negotiations.

This is not the first time Asbeck has influenced policy in his favor. In fact, he is reaping the benefits of a subsidy system he helped create. Asbeck was involved in 2000 when the federal government, then a coalition of the Social Democratic Party (SPD) and Green Party, agreed on a program of billions of euros in funding for solar power. The collaboration with Asbeck was financially beneficial for the Green Party as well, at least as long as the party was part of the governing coalition. Asbeck contributed at least €40,000 ($50,200) to the Green Party. He also gave €75,000 ($94,190) in various campaign contributions to the party of Ulrich Kelber, a parliamentarian for the SPD and a specialist on environmental policy issues. Kelber says that though he took the money, he immediately turned it over to his party.

During the current legislative term, though, it seems Asbeck's heart lies mainly with the FDP, the junior partner in Germany's current governing coalition. In September 2009, two weeks before Bundestag elections, Asbeck hosted a fundraising dinner for the FDP and its leading candidate, Guido Westerwelle, at Solarworld's Bonn headquarters. Asbeck was then quick to "use his good FDP contacts," reads an intranet page accessible only to members of the German Solar Industry Association, the industry's lobbying group.

Asbeck seems content with the results of his lobbying push. "The decision to provide more funding especially for small and mid-sized arrays is the right one," the Solarworld CEO says. Already after his first meeting with Altmaier in late May, Asbeck adds, he sensed that the new minister had knack for politics.

6 Bilder Photo Gallery: The Cost of the Rising Sun 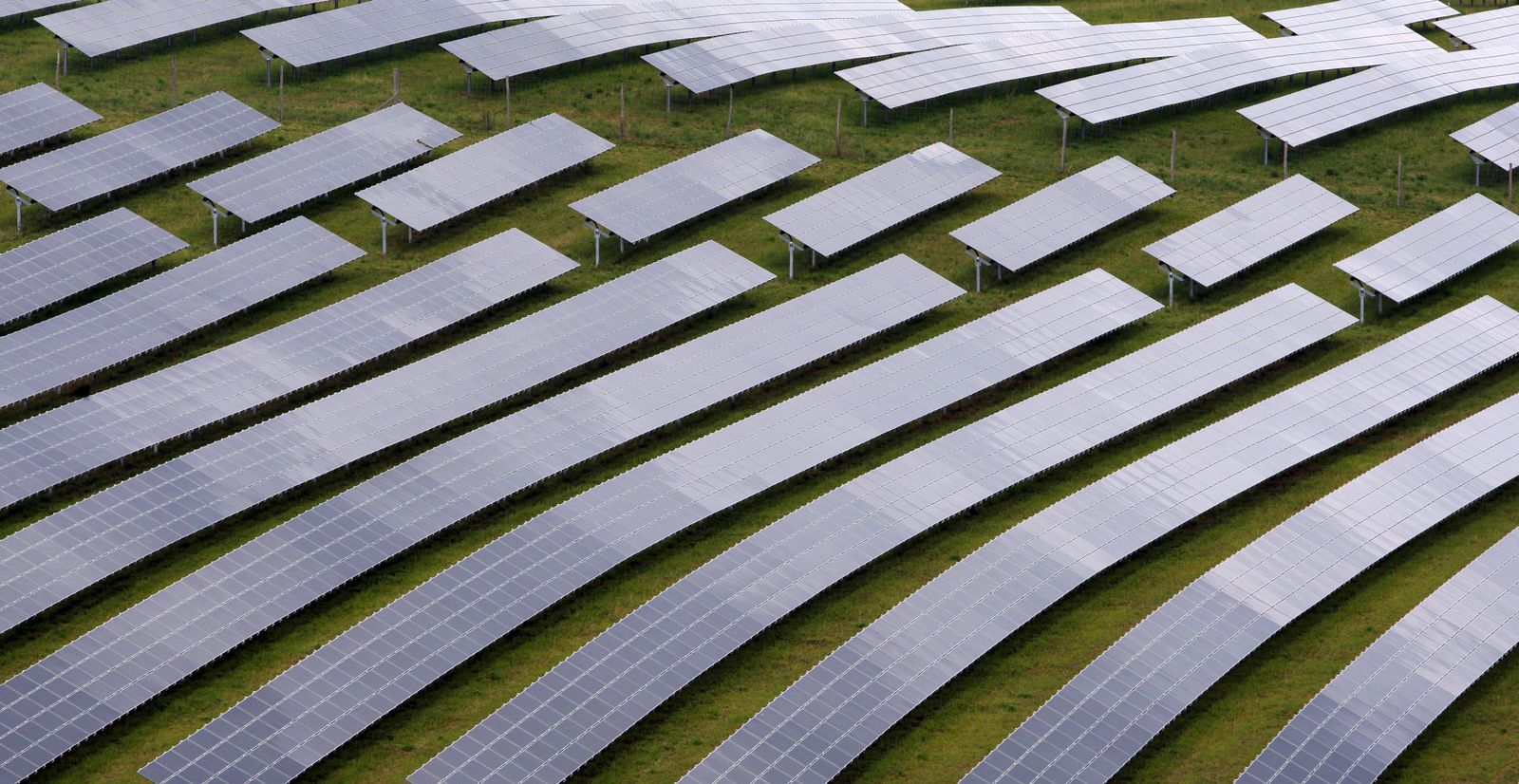 German solar subsidies have been attacked as being inefficient, expensive and damaging for consumers. So much so that Chancellor Angela Merkel's government wanted to do away with them. But significant subsidies are remaining. 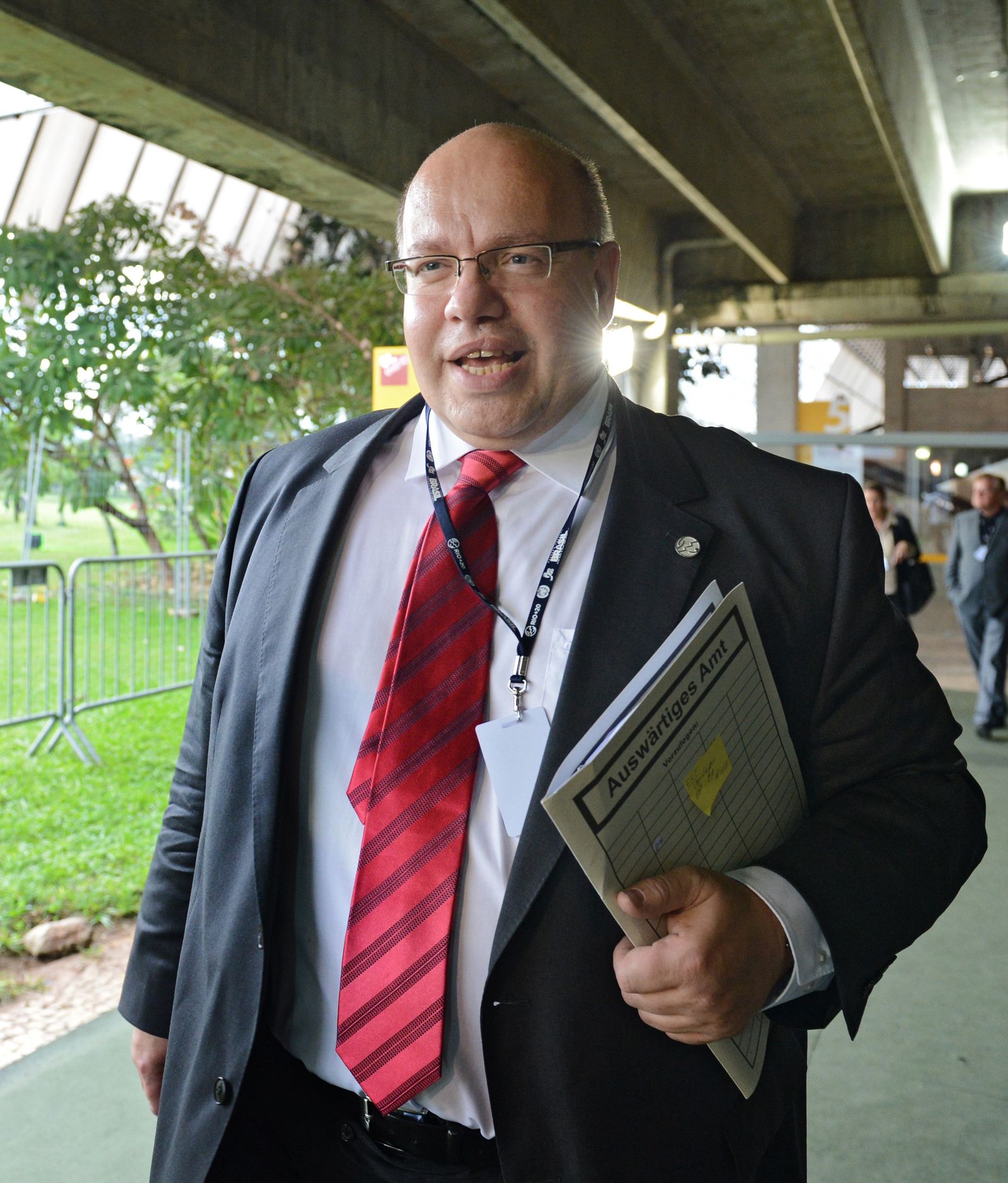 German Environment Minister Peter Altmaier met with green energy industry lobbyists less than a week after he was appointed to his post in May. Altmaier supports increasing subsidies to the solar industry, despite the fact that photovoltaics are also the renewable energy least suited to the German climate.