Germany is under increasing international pressure to change its approach to fighting the European debt crisis. Now there is also growing domestic tension over one of the central pillars of Chancellor Angela Merkel's crisis management strategy -- the European fiscal pact.

A front consisting of the governments of Germany's 16 states has formed against the federal government over the ratification of the fiscal pact -- including states governed by Merkel's conservative Christian Democratic Union and their Bavarian sister party, the Christian Social Union. During negotiations last Thursday between the federal government and the states, the conservative-run states signed up to the demands of the opposition center-left Social Democratic Party and Greens. Now, the states are demanding more financial assistance from the federal government in return for supporting the fiscal pact in an upcoming vote in the Bundesrat, Germany's second legislative chamber which represents the interests of the states.

The states are also strongly resisting pressure to swiftly consolidate their finances. According to their calculations, many of the state-level finance ministries will not be able to fulfill the provisions of the fiscal pact, which is expected to come into force in January 2013. The treaty requires that Germany limits its structural deficit to 0.5 percent of gross domestic product from 2014 onwards. The German government has already committed itself to reducing its budget deficit to 0.35 percent of GDP as early as 2014 to comply with the provisions of the German "debt brake," a 2009 constitutional amendment that was a model for the European fiscal pact. Under the debt brake rules, German states -- which are responsible for their own finances -- have to completely balance their budgets by 2020.

According to the roadmap toward balanced budgets, state and local governments will only be able to run a maximum deficit of 0.15 percent in 2014, corresponding to around €4 billion ($5 billion). That target would mean that North Rhine-Westphalia, Germany's most populous state, would only be able to incur new debts of around €900 million in 2014. In actual fact, the state's government plans to borrow €3.3 billion. The state of Hesse and the city-states of Berlin and Hamburg are also planning to borrow far greater sums than are foreseen under the debt-brake targets.

The states' perceived haggling over the fiscal pact has been the target of criticism from the conservatives. "It's very strange that the states are seeking to sell their share of European responsibility as if they were at a bazaar," said Michael Meister, deputy leader of the conservatives' parliamentary group, in remarks to SPIEGEL.

Twenty-five out of the EU's 27 member states signed up to the fiscal pact, a pet project of Chancellor Merkel, at an EU summit in January, with only Britain and the Czech Republic refusing to join. The pact aims to impose stricter fiscal discipline on member states through binding limits on budget deficits and quasi-automatic sanctions on countries that breach deficit and debt limits. 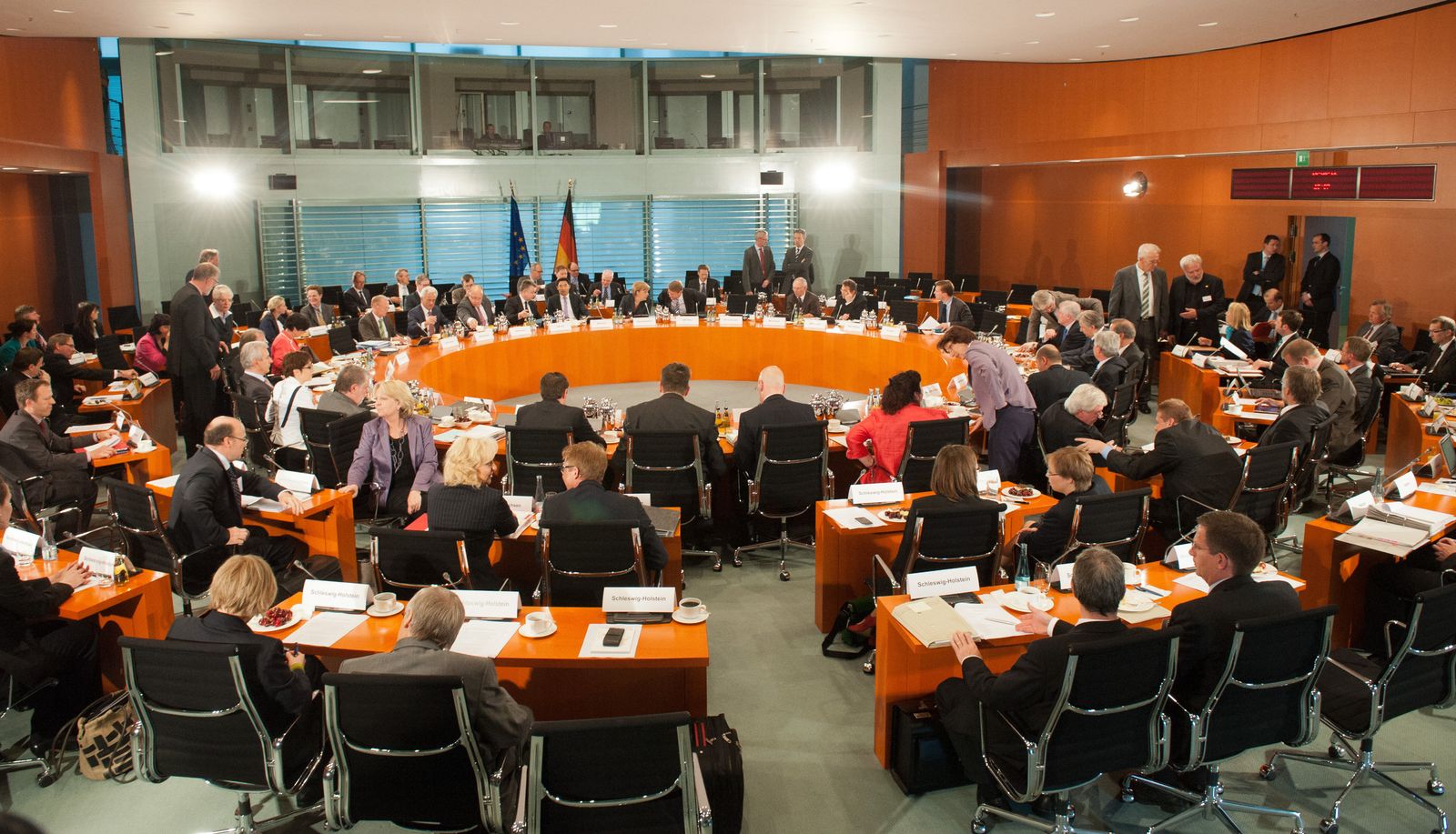 The federal government met with the governors of Germany's 16 states last week.