What could a person possibly have against the desert locust? These peaceful creatures nourish themselves with leaves and fruit, and they like sunlight and the company of others -- thus their penchant for traveling together in swarms in the broad daylight. But there are mavericks among these locusts -- ones that travel alone and at night. From 2008 to 2011, a research group led by Dr. Uwe Homberg at Germany's University of Marburg sought to unlock the mystery of how the insects that fly at night orient themselves in the dark.

The research seems innocuous enough on the surface, but in hindsight, university President Katharina Krause isn't happy about it. Contacted by SPIEGEL ONLINE, she said she would have "seriously urged against taking on the project given the clear military-oriented expectations of the funder." The client was the United States Defense Department. For €143,600 ($194,600), the Americans reportedly sought to determine ways to orient and steer drones and weapons based on the behavior of the desert locust during night flight.

German public broadcaster NDR and Munich's Süddeutsche Zeitung first reported on Monday that 22 German universities and research institutions have received more than $10 million from the US Defense Department's budget since 2000. The article states that the sponsored projects cover both basic and defense research, including explosives. The Ludwig-Maxilian University of Munich, for example, received more than $470,000 in 2012 to find ways to improve military explosives.

The funding raises a number of serious questions in Germany about the relationship between the Pentagon and the country's institutes of higher education and research. Are they helping the US to develop killing machines? And are some German universities violating their own so-called civil clauses dictating that any research they conduct should be exclusively for civilian purposes?

US Institutions Clamor for Pentagon Funds

"The US has a military research and development budget of €70 billion per year," says Jürgen Altmann, a peace researcher and physicist at TU Dortmund, a university of applied sciences, who has been studying new military technologies and the associated risks for the past 25 years. Altmann argues that the projects reported on this week in Germany are negligible by comparison.

US universities have a long tradition of military research, and institutes clamor for generously funded contracts from the Pentagon. In Germany, though, scientific research for purposes of war is viewed critically, and groups at many universities have pressured officials at these institutions to agree to conduct research exclusively for peaceful and civilian purposes. Between 2000 and 2010, the German Defense Ministry provided €46 million in funding for defense-related research projects to 48 universities -- a paltry sum compared to what the Pentagon pumps into American universities.

A total of 13 German universities have already implemented civil clauses stipulating that research and teaching is either completely barred from any military influence or, in cases of doubt, decisions must be taken transparently whether a project will be accepted or not.

The University of Bremen was the first German university to bind itself to a civil clause. But the recent reporting has revealed that two doctoral positions there were financed by the Pentagon. An environmental physicist landed the contracts without the knowledge of his dean's office or the university's top leadership. The projects were attributed merely as "third-party funds" on the university's accounting forms, keeping both the public and education ministries in the dark about their true nature.

Despite sounding suspicious, this procedure is as commonplace as it is legal. Scientists at German universities are compelled to seek out third-party funding, in part because their institutions depend on it. And because the German constitution has no restrictions on research, scientists have only to comply with corresponding laws, like those regulating gene technology, biological agents, weapons and foreign trade. If a researcher's university has a civil clause, he or she is obliged, when in doubt, to ask for an assessment from the dean's office. But researchers are not required to comply with that assessment.

For its part, the University of Bremen says it wouldn't have any problem with a Pentagon contract because it claims the funding only went toward basic research. But Altmann, the physicist, has his doubts. "The US Congress already resolved decades ago that there has to be a military application when it comes to contracts coming from the Pentagon -- even if it initially only has to do with basic research." He does, however, note one exception: medicine.

And things are still lacking when it comes to upholding the civil clause. "I'm not aware of any German university that already has a procedure in place for reviewing projects," Altmann says.

Some research institutions act as if they were downright clueless. The working group on "inherited tumor and deformity illnesses" at the University Medical Center Hamburg-Eppendorf (UKE) has received money from the United States for 10 years. "The US Army uses a certain percentage of its budget for research that can especially be used transnationally," the UKE said in a statement. "The working group has gladly made use of these funds amid very low funding for rare diseases in Germany. Military earmarks are not connected to the acceptance of money."

So can research into tumors be dubious? The US Defense Department wants to know how the human body works, Altmann says. "On the one hand, it's about being able to better protect and cure their own soldiers. On the other, it's about becoming more aware of potential enemy attacks with biological weapons."

Yet once something is researched and published, it is available to anyone for any use. This gives rise to what researchers call a dual-use dilemma. Rockets that transport satellites into space, for example, could also be used to carry nuclear weapons. Knowledge about pathogens can be used to develop new medicines or biological weapons. Nuclear technology can harvest energy or build atomic bombs.

And research into the desert locust? It can help to perfect drone wars. 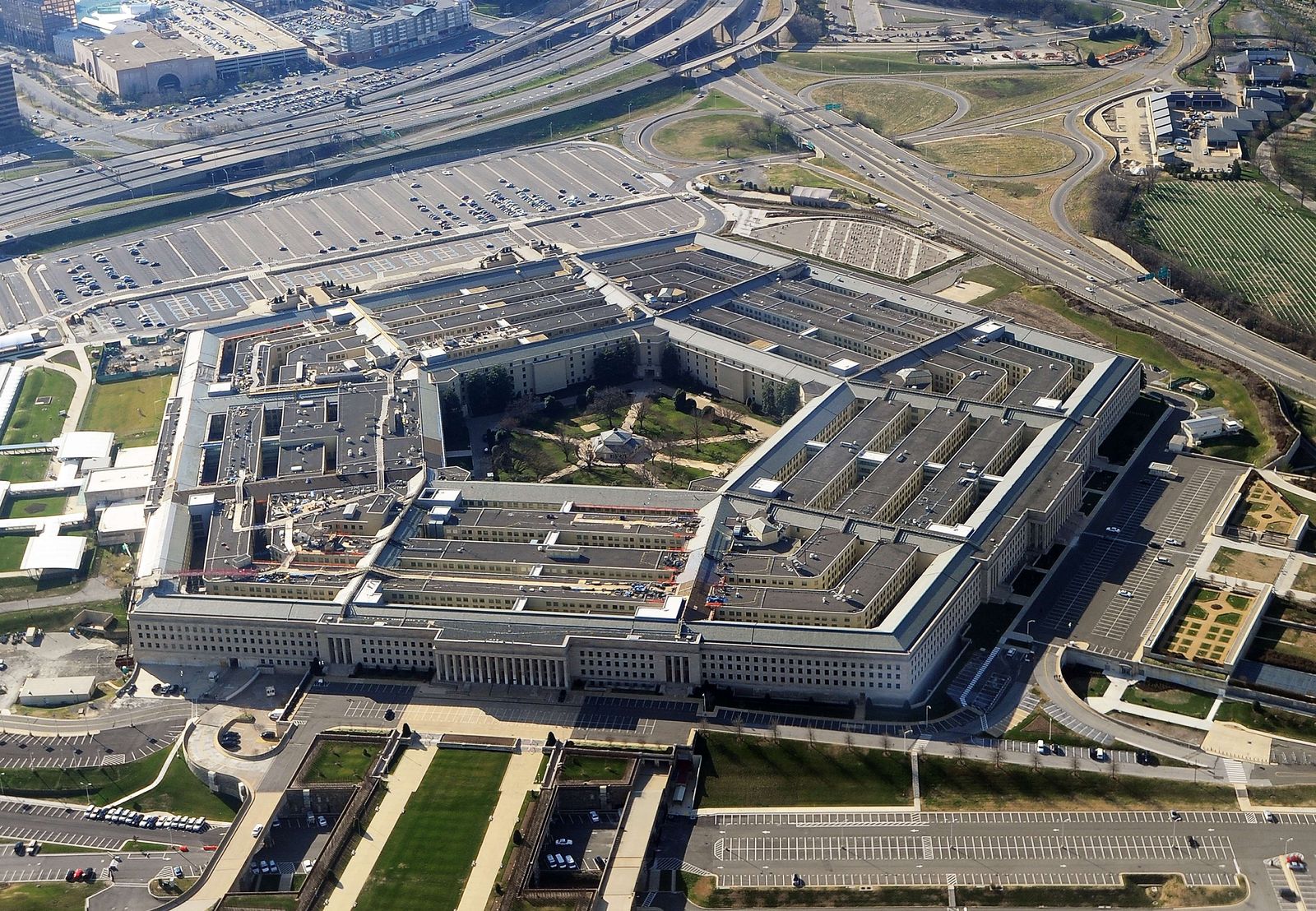 The Pentagon in Washington: A report claims that research conducted at a German university is supporting American drone programs.