With less than a year to go before Germans head to the polls for the 2013 general election, a quick glance at public opinion surveys would seem to indicate that Chancellor Angela Merkel has little to fear from her center-left challenger Peer Steinbrück. Her party holds a comfortable lead of 39 percent to 30 percent and some 53 percent would prefer to see Merkel remain chancellor, compared to just 38 percent backing Steinbrück.

Such numbers, however, don't tell the whole story. In reality, German voters are not at all impressed with the job her government is doing. According to a new survey performed by the polling group Forschungsgruppe Wahlen, an overwhelming majority believes that Merkel's governing coalition, which matches her conservatives with the business-friendly Free Democratic Party (FDP), is not focused on the public good.

The survey, called the "government monitor," found that close to seven out of 10 Germans think that Merkel's coalition only pursues special interests, with just 24 percent believing that the public good is her administration's priority. Furthermore, 65 percent of respondents believe the Merkel's government is "not at all" or "not very strongly" focused on problems of the future. The poll also found that voter support for Merkel's shift toward renewable energies is evaporating, with just 42 percent content with the change in course, down 10 percentage points from the last such survey conducted in July.

Not surprisingly, Merkel's key coalition partner, the FDP, has emerged as the greatest drag on her government's popularity. The party has been suffering in the polls ever since it hit an historical high-water mark in the 2009 election, winning 14.6 percent of the vote. It has been all downhill from there, however, and a separate survey recently found that the party remains below the 5 percent hurdle necessary for representation in German parliament.

According to the government monitor survey, FDP head and Vice Chancellor Philipp Rösler commands very little respect from the German electorate. Only 15 percent believe he is effective.

Ironically, despite voters' apparent frustration with the work of Merkel's government, her own popularity remains high and most tend to believe that she is cutting a good figure in the euro crisis. The chancellor is, in fact, the most popular politician in Germany at the moment according to a separate survey conducted last week. Right behind her? Finance Minister Wolfgang Schäuble, with 67 percent surveyed valuing his performance as "very good." 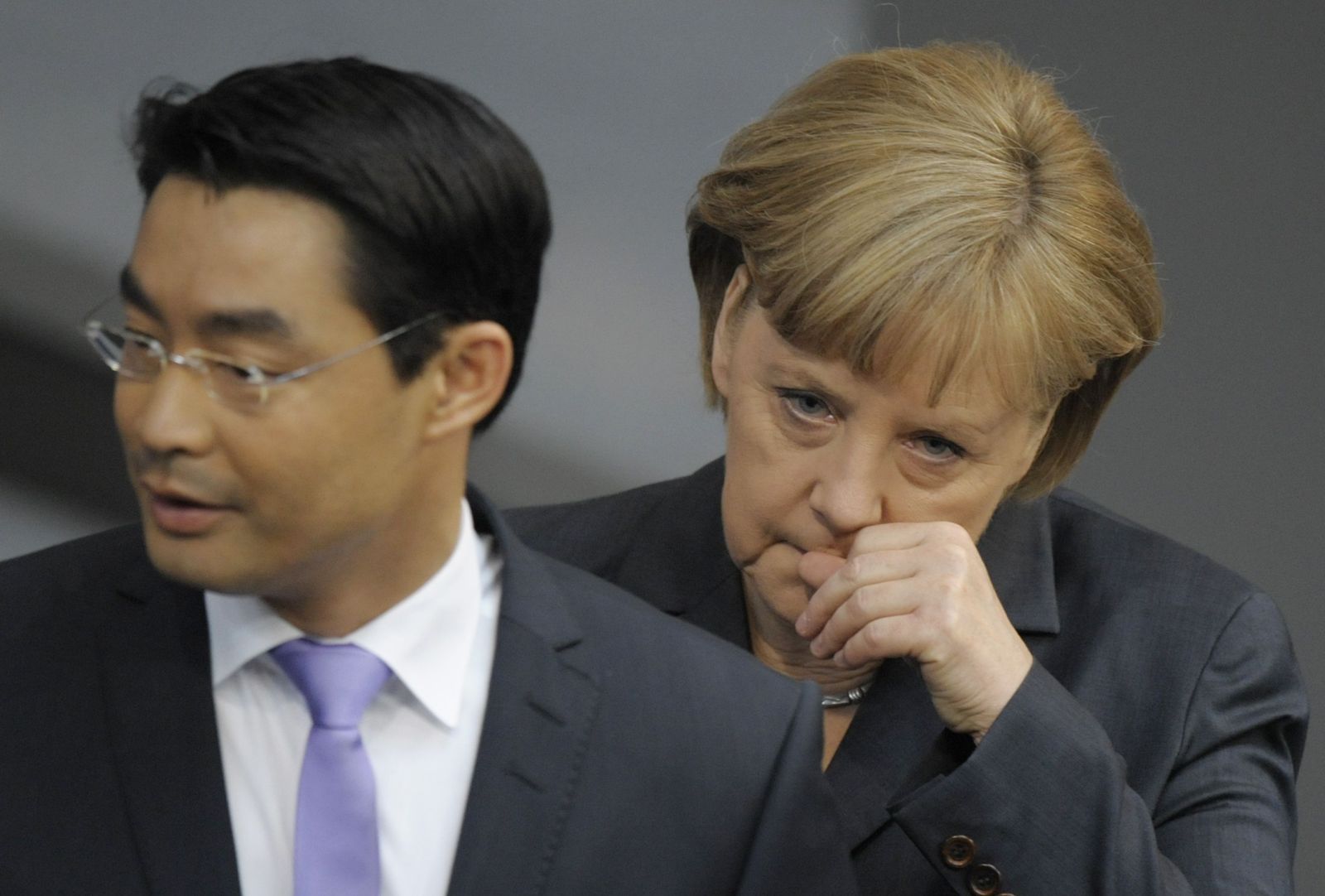