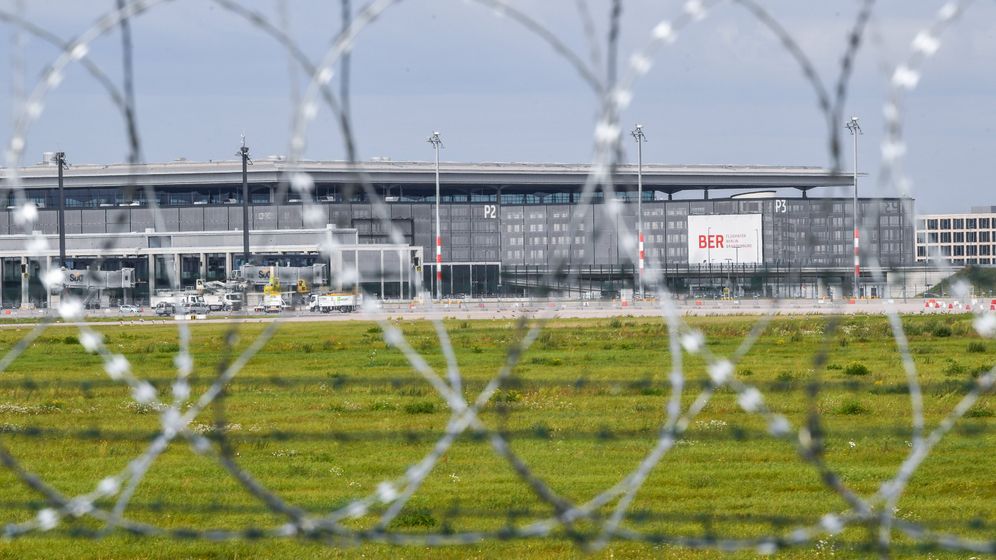 It's like Sleeping Beauty, slumbering there in the sandy ground, just waiting to be awoken. At first glance, the new Berlin International Airport (BER) looks like it could be ready to start operating at any moment -- that passengers could quickly board their flights and take off.

Yet, that may never come to pass. The long-delayed opening of Berlin's new airport may go ahead but without its main central terminal. The director of the company that operates Berlin's airports, Lütke Daldrup, has come up with a bold idea: opening a sort of BER Lite. It would be a patchwork airport, using just the two side wings as a workaround solution.

It would be an emergency solution, one that could be the disastrous project's last chance.

Daldrup is the fourth boss who has attempted to turn around the project, which spectacularly failed to open in 2012. Yet, now his job seems to consist of dashing the hopes of his predecessors. During the summer he had already posited the idea of a BER Lite.

The central terminal remains the airport's Achilles heel. Only a few weeks ago, the German technical inspection association (TÜV) found significant problems with the security technology and "systematic defects" in the fire safety controls. No one knows if the smoke control system that has been a major source of the unopened airport's problems will ever be fully functional.

The rest of the airport is theoretically ready for operation, including the two side wings, the North Pier and South Pier, as well as both runways. If it were possible to temporarily replace the central terminal, then it should be possible to open the airport. Individual representatives of the airport's owners -- the federal and Berlin and Brandenburg state governments -- have signaled that they'd back this scenario. The main priority is to get the airport up and running. It's of secondary importance when or even if the main terminal, designed by German star architect Meinhard von Gerkan, ever opens.

Daldrup has already set the course with his "Master Plan 2040." An important part of it is "T1-E" -- or Tango-One-Echo in aviation jargon -- which refers to a new terminal to be built directly in front of the North Pier at a cost of 100 million euros.

Daldrup wants this extension to be an "industrial prefab." This time they will do without extravagant architecture. The idea is to erect a high-end metal box, one that's quick to build and easy to operate. Six million passengers would be processed here annually.

The airport authority wants to start building Tango-One-Echo next year and have it ready for operation by 2020, replacing at least partly Gerkan's main terminal. The supervisory board gave the green light for the plan this summer. The contract has been signed and the planning applications have been filed.

There are plans for two further constructions: two buildings at the North Pier and one at the South Pier. There would be another simple check-in building opposite the Gerkan building. The new airport would look completely different from the original design. Instead of Gerkan's vision of an elegant, easy-to-use airport, it would become a thrown-together airport city.

However, this vision of a BER Lite is not going to be mentioned at the supervisory board meeting on Friday. Officially the board and the company management are sticking to the plan to open the main terminal one day. During the summer Daldrup already reassured the board: "When the T1-E is finished, the rest will also be functioning." And an airport spokesman insisted: "Despite all the difficulties, the passenger terminal remains a core part of the BER and will be completed."

However, members of Berlin's city parliament have already registered that the tone is shifting. The city-state's finance minister, Matthias Kollatz -Ahnen, a Social Democrat, recently declared that the priority was to get the BER off the ground, and the terminal could follow.

And what about the costs? The plans for the new buildings could up-end the project's billion-euro budget. Up until now, the financial planning has only taken the T1-E extension into consideration. However, internally the airport operator has calculated that the delays will add an additional 600 million euros to the bill. One reason is that Tegel, currently the city's main airport, will have to remain open longer. And then there are the construction costs and missing income from the multistory carparks and duty-free shops. If bank loans don't suffice, then the board is going to have to go looking for even more funding.

The consultancy firm Steer Davies Gleave recently estimated that the number of passengers traveling to Berlin could reach 37 million annually by 2020. However, the interim solution at the airport would provide enough capacity to handle those numbers. At least 8 million passengers would have continue to use Tegel Airport, according to one member of the supervisory board.

Yet, it may not be so easy to keep the old West Berlin airport open. If BER does open then Tegel is required by law to be closed within six months. In the worst-case scenario, Tegel would close before BER has even opened its doors. The reason being that the old city airport, much loved by many Berliners because of its central location, has only remained in operation thanks to a special permit. It expires at the end of 2019, and the airport doesn't meet current airport standards.

The Federal Transport Ministry is concerned that residents who live near the airport could successfully sue if it continues to operate after the permit runs out. That could leave the German capital without either the BER or Tegel Airport. To prevent that scenario, the federal government would like to see Tegel continue operating. That would require that the airport operator soon start drawing up plans for noise abatement and the renovation of the existing airport buildings. Keeping Tegel open would at least, in the view of the ministry, take the pressure off BER.

That's also the view of the Berlin chapter of the pro-business Free Democrats. Earlier this year, the party successfully pushed through a referendum on keeping Tegel open. Nevertheless, the governments of the states of Berlin and Brandenburg want to see that airport close as soon as the BER is fully operational.

However, if it only opens as a BER Lite, then the airport company has to explain what it is going to do with Gerkan's terminal. There are several possibilities. Once the airport is up and running, then it should be possible to examine the building and work out what needs to be reconstructed. Perhaps, with the absence of time pressure, the engineers could find a solution to the botched smoke control system. And in the worst-case scenario, says one member of the supervisory board, "we will tear the terminal down and build a new one on the site." 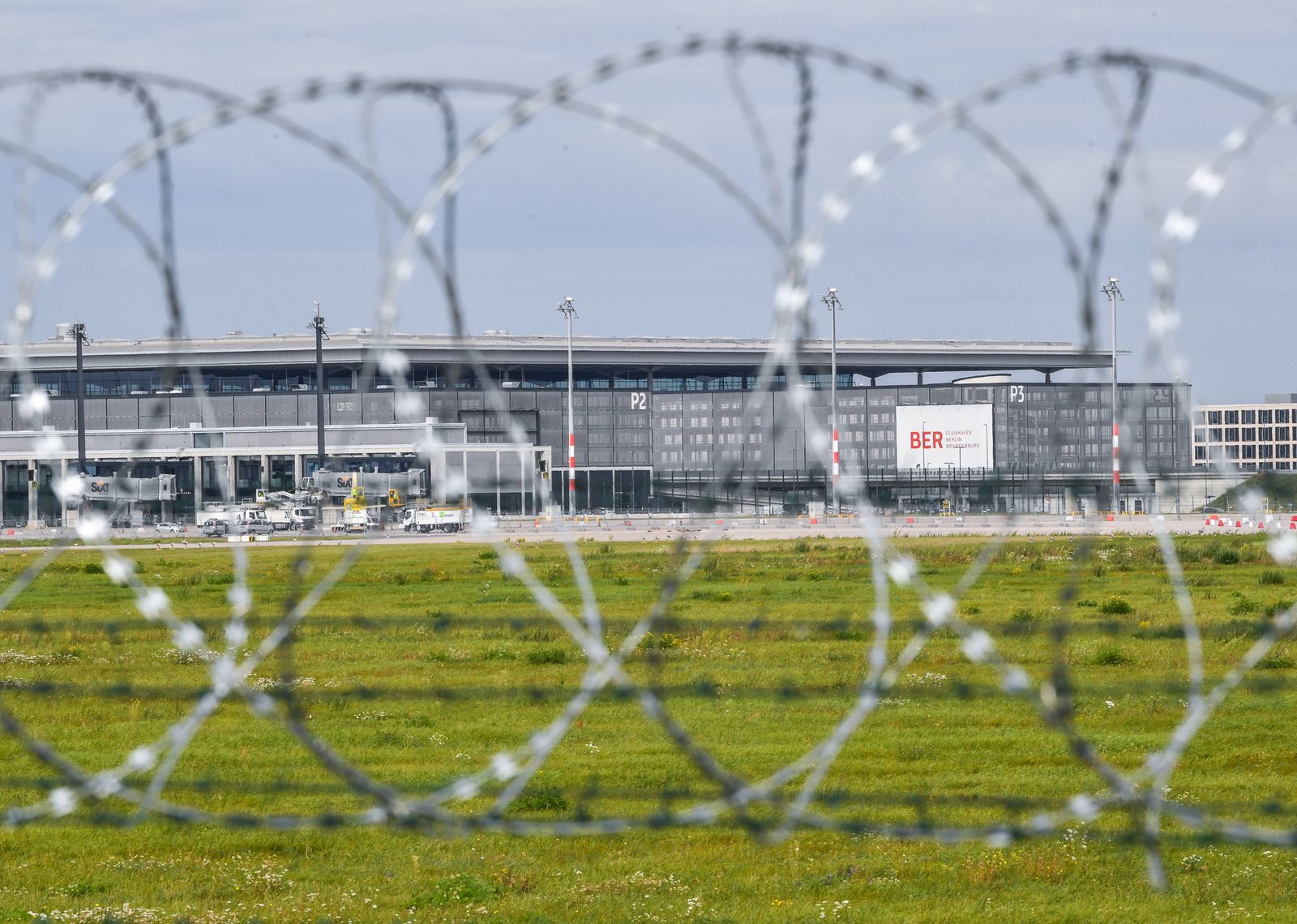 Berlin's new international airport, which is to operate under the code BER, was slated to open on June 3, 2012. 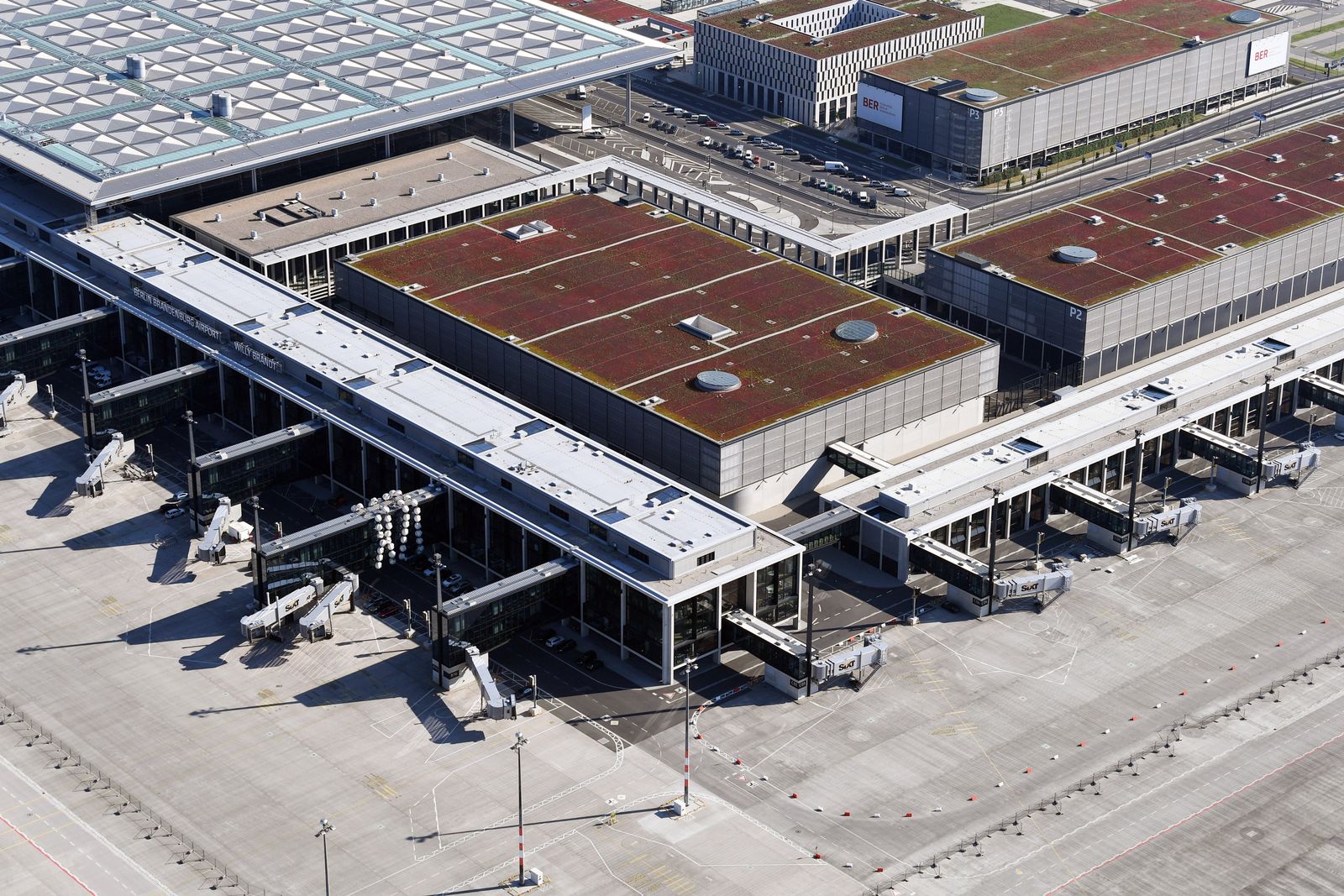 German star architect Meinhard von Gerkan designed the new airport, but it's opening has been plagued by technical problems. 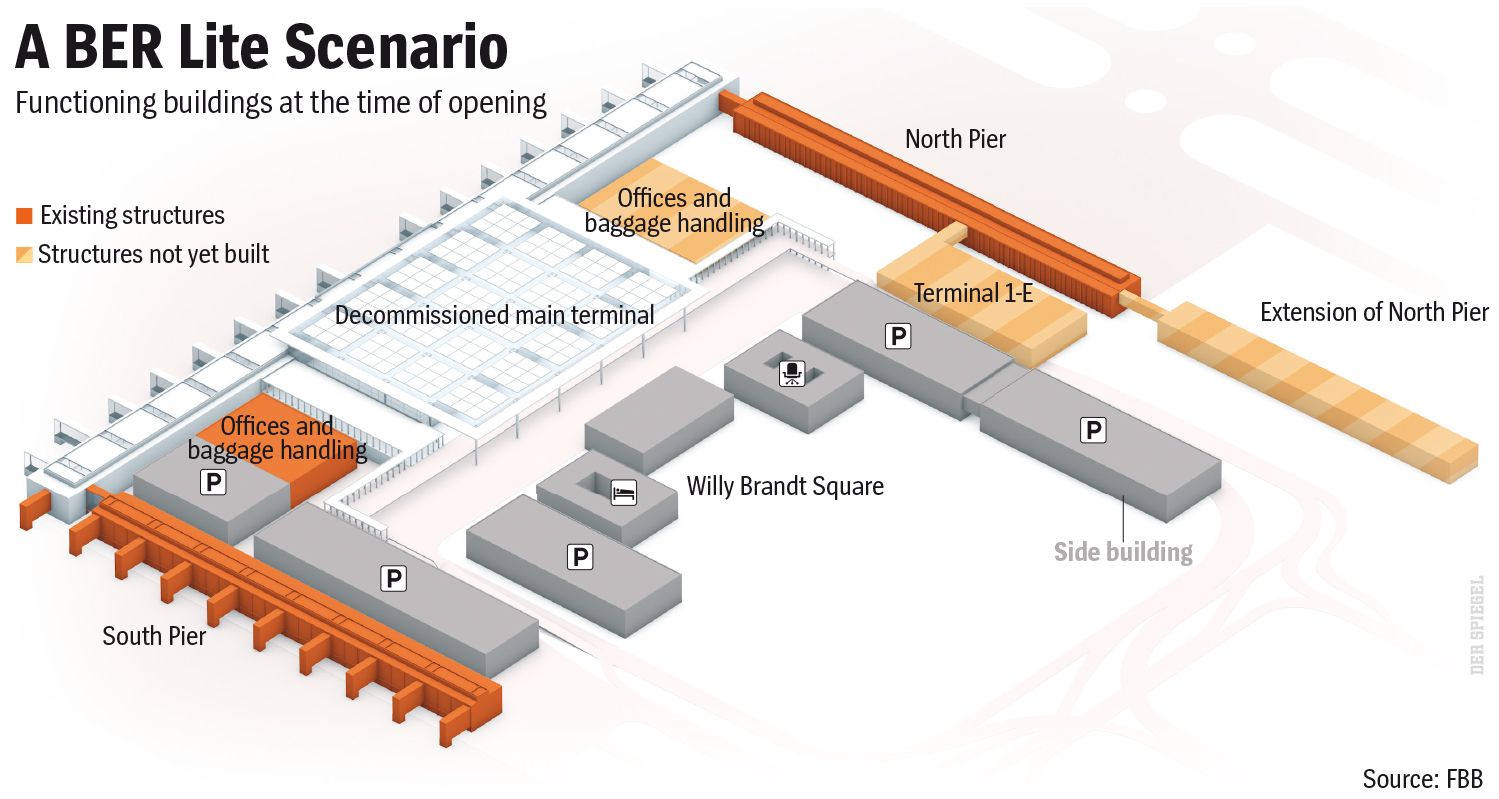