Many scoffed at the initial target that Chancellor Angela Merkel set last June, when she announced that Germany was turning away from nuclear power and toward renewable energies. Her government decided that by 2020 renewables would make up a 35 percent share of the energy mix. It was, said many experts at the time, an impossible goal.

In the 14 months since then, however, the situation has changed dramatically. In the first half of 2012, the country generated fully 25 percent of its electricity needs via wind, solar and other alternative power sources. Doubts as to whether the 35 percent target is attainable have virtually vanished.

Now a new set of problems have cropped up, and quickly. The fast pace into the renewables future has meant that German consumers are faced with skyrocketing electricity bills and that the country's energy grid has suddenly become outdated. Indeed, Environment Minister Peter Altmaier now finds himself in the awkward position of having to put the brakes on the country's energy revolution.

Projects at a Standstill

At issue is the German Renewable Energy Act, which requires power companies to buy wind and solar energy from producers at fixed prices, which are much higher than electricity produced by traditional methods such as coal- and natural gas-fired power plants. At the same time, power-hungry industries receive generous subsidies -- the country's largest industrial consumers use some 18 percent of the electricity produced but pay only 0.3 percent of the extra costs generated by the mandated feed-in tariffs. German consumers have to cough up the difference.

In addition, Germany's power grid hasn't kept up with the explosion of new alternative energy sources -- particularly the offshore windparks being built in the Baltic Sea and the North Sea off the country's north coast. Many of those projects are at a standstill, with no way to deliver the power they generate to the mainland. On Wednesday Merkel's cabinet hopes to agree on a stop-gap measure to compensate power companies for losses accrued as a result of the delays, but again it will be German consumers who will ultimately suffer.

Finally, the Renewable Energy Act, while it provides excellent incentives to build wind turbines, does not provide incentives to build the natural gas-fired power plants the country needs to fill the holes with the sun isn't shining and the wind isn't blowing. Changes, in short, are necessary.

On Tuesday, Altmaier will join Economy Minister Philipp Rösler in the Chancellery for a meeting with industry and union representatives to discuss the rising costs for consumers. In the run up to that meeting, which will be led by Merkel's Chief of Staff Ronald Pofalla, Altmaier indicated that he hopes to adjust the Renewable Energy Act so as to put the brakes on the current rush toward renewables.

German commentators on Tuesday are divided as to whether he will be successful.

"German states these days seem to be in a competition for which of them can set the most ambitious goals for renewable energies, particularly in the north, where the wind blows. By 2020, Brandenburg wants to generate 90 percent of its energy needs with alternative methods, Lower Saxony has set a 150 percent target and Schleswig Holstein, in the far north, even wants to generate 300 to 400 percent of its needs with renewables. Were all the states to achieve their targets, some 50 percent of Germany's energy needs would be covered by alternative sources by 2020. But the grid cannot possibly keep up, at least not unless the modernization process is rapidly accelerated."

"Of course it is aggravating that the Environment Minister is forced to put the brakes on alternative energies, particularly given that today's problems wouldn't exist had enough timely attention been paid to the systematic expansion of the grid or the development of electricity storage capacity. But the situation is what it is and coordination must be prioritized to an even greater degree now…. In order to prevent the entire system from collapsing, some of the states might have to pull back."

Justus Haucap, an economics professor at the University of Düsseldorf, writes in the Financial Times Deutschland:

"The question is how to reach the targets in the most cost-effective way possible so that consumers and industry are not overburdened. The dramatic inefficiency of the renewable energy subsidy program is currently driving up the cost of the energy revolution unnecessarily."

"The primary reason for the problem lies in the 'third path' policymakers have chosen to lead us into the renewable future. There is neither a centrally planned economy to steer the energy system nor are the rules of the market economy allowed to regulate the system according to the laws of supply and demand. Instead, a model of 'decentralized planned economy' is being pursued. Municipalities, states, the federal government and the European Union are all creating plans independent of each other and of those affected. There is no coordination…. The result is a fair amount of chaos with policymakers struggling to keep up. Everyone is aware that the situation cannot continue if the renewable energy revolution is to be a success. As such, the question is whether we want to move from where we are today in the direction of a centrally planned economic model or rather in the direction of market economy principles."

"Rational facts are not enough to explain why the debate over climbing electricity prices is suddenly heating up. Currently, a four-person household pays roughly €12 euro per month for renewable energy subsidies; in 2013 that number is likely to rise to €16.60. If prices for a monthly public transportation ticket or groceries climb the same amount, hardly anyone pays attention. But when it is about electricity prices, everyone involved suddenly shows their unending concern for the socially disadvantaged."

"It is obvious that the debate is part of a campaign intended to call into question the entire policy of turning toward renewable energies. The large energy companies, which are concerned about their power, are energetically supported from some industrial sectors -- even though their electricity bills have dropped -- and some consumer protection activists who are interested in raising their profile. Whether this campaign will ultimately be successful in changing the image of renewable energies from an environmentally friendly success story to a dangerous source of rising prices is doubtful. It is, however, clear that the issue will play a significant role in the campaign ahead of general elections next year."

"Merkel's government is faced with a tactical dilemma. It has done a huge amount to promote renewable energy, but the energy revolution is nonetheless not an issue which will help her conservatives in next year's election. Her governing coalition has been unable to inject order into the world's largest infrastructure project. And she has been made responsible for the out-of-control cost increases. On the eve of election year 2013, she is forced to break her promise of keeping additional costs relating to renewable energies limited to 3.6 cents per kilowatt hour." 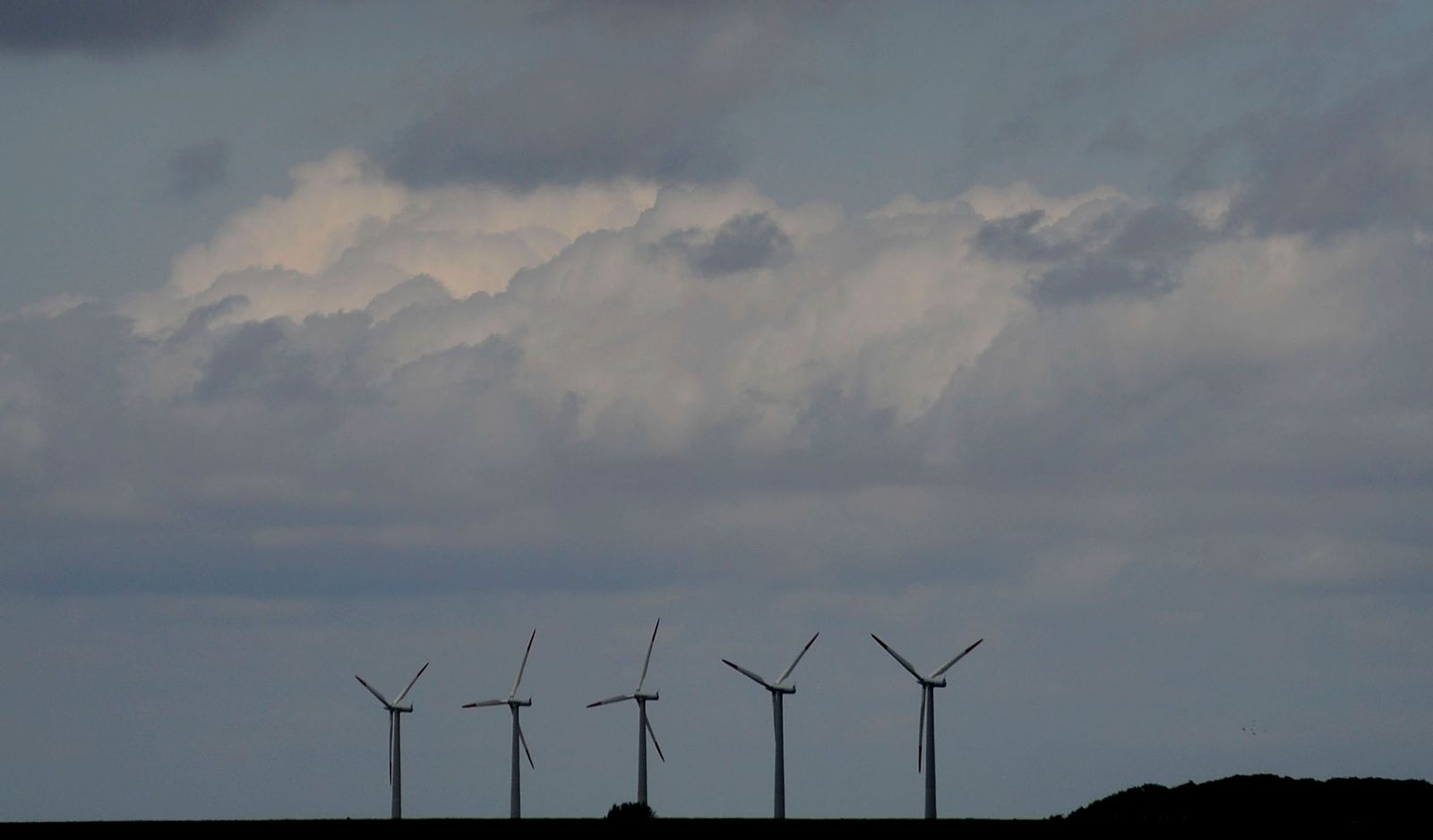 Germany's switch to renewables has hit some snags.