When Trevor Davis looks at his screen, he is unsettled. An American research professor at George Washington University, Davis has been analyzing political campaigns on social networks for years. But he has never seen a phenomenon like the right-wing populist party Alternative for Germany (AfD). "This is huge and really quite concerning," Davis says.

The analyst has conducted an extensive study focusing on how active German political parties are on Facebook. And the AfD dominates in a way that Davis finds rather surprising. While political surveys indicate that support for the party is currently between 11 and 15 percent, fully 85 percent of all shared posts originating from German political parties stem from the AfD. The remaining 15 percent of these "shares" are split among the center-left Social Democrats (SPD), the pro-environment Greens, the Left Party, the pro-business FDP and the conservatives. The countries big-tent parties -- the SPD and the conservative combination of the Christian Democratic Union (CDU) and its Bavarian sister party, the Christian Social Union (CSU) -- were only responsible for 2 to 3 percent of shares each.

A share on Facebook occurs when a user shares a post, like a photo, with his or her friends. And shares are considered hard currency in the world of social networks, because they imply that the user doesn't merely like the post, but also that he or she identifies with it and stands behind it by spreading it further. As a result, standard AfD doctrine finds its way into a lot of timelines: "Syrians are being allowed to bring their second wives!" or "Terror cell discovered -- Islam is peaceful and open borders are great. We will no longer tolerate these lies."

Davis' data, which DER SPIEGEL has examined, provide a novel overview of thousands of Facebook accounts run by political parties in Germany. The parties don't merely run one page on the social networks, but hundreds -- including those of the federal party, the state associations and local and regional groups. Then there are also the personal accounts of individual politicians. Davis has combined all of them and stored them in a database. Here too, the AfD has a slight lead: The party has about 1,500 accounts on Facebook, compared to the SPD's 1,400 and 1,000 for the CDU/CSU.

Davis believes that opinion polls currently being conducted ahead of May European Parliament elections could be dramatically underestimating the AfD's strength, partly because voter turnout is traditionally quite low for EU elections. Social media expert Martin Fuchs, who has been researching the AfD's internet strategy for years, doesn't share this concern: "In my view, the party's online reach is stable and doesn't necessarily translate to electoral success."

Nevertheless, Fuchs says that Davis is fundamentally correct in his analysis. He calls the AfD "the country's first Facebook party," and argues that it has built up its overall structure with the help of the social network. "The way the AfD works is focused on Facebook. That makes it fundamentally different from other political actors."

But what is the secret to the AfD's success on Facebook? Some factors are easily identified: Emotional issues of the kind favored by the AfD -- such as migration or crime -- generate significantly more reactions than posts about financial or cultural policy. Plus, the AfD tends to react to political events much more swiftly than other parties. And it encourages greater engagement from its followers by asking more questions, or by prompting people to comment or share.

Davis' data analysis, though, offers an additional explanation for the AfD's success: The party posts an enormous number of photos on its accounts. Since October of last year, for example, it has posted an average of over 4,000 photos per week. By comparison, other opposition parties like the Left Party or the FDP, have generally only managed a few hundred photo posts per week, only rarely exceeding 1,000. But 4,000? "That's the level of the final phase of a U.S. presidential campaign," says Davis.

"That level of activity alone would be sufficient to have an influence on online discourse and people's opinions," warns far-right extremism expert Julia Ebner from the Institute for Strategic Dialogue in London. "In combination with the heavy reliance on rage-inducing images and smear campaigns against political opponents, the party is able to establish a near-monopoly on online indoctrination." That, Ebner says, is dangerous because negative campaigning is particularly effective at influencing undecided voters.

Davis has also analyzed the types of photos the AfD posts to Facebook. To do so, he took a closer look at approximately 10,000 photos posted from March and April 2019. In about 90 percent of the cases, the party shared the kinds of straightforward photos that are used in newspaper articles. The rest were specially-made photo collages, emblazoned with the AfD's signature blue color and party logo along with a short and catchy message: "Too many refugees: German is no longer the standard language!" for example. Or: "German taxpayers are financing their own dispossession."

The AfD increases its reach by posting photo collages multiple times. One image of an alleged schoolyard fight was posted on 16 different party accounts. Another, about Muslims in the German armed forces, was posted by at least nine accounts. Refugee-themed posts dominate their accounts, but the party also addresses the Fridays for Future environmental demonstrations and the recent ban on diesel vehicles in some Germany cities. "The AfD is producing hundreds of photo posts per day," says Davis. "Who is doing all that work?"

The AfD declines to answer that question. A long-requested visit to the newsroom of the parliamentary group in federal parliament was initially agreed to, but then cancelled. The party spokesperson promised to arrange a meeting with one of the party's social-media experts, but that didn't pan out in time for publication either.

But the AfD spokesman did indicate his surprise: "Are we doing so much more than the others?" He claims that there are only three people at party headquarters who oversee the social networks, though there are, he says, "a couple of freelancers" who build graphics, and one who produces short, animated films.

The AfD spokesman explains the party's success on the internet by claiming that people on social networks "want things that are less mainstream than what the other media always publish." He says that his party provides "unedited material" and insists that the AfD is the "voice of the people."

There is, though, another, more plausible explanation for the AfD's success. One lawmaker reports that several employees simultaneously run up to a dozen pages, including those of regional chapters. "We know that the AfD can rely on a large number of people who want to make their views heard, and who have been waiting for this opportunity," says Fuchs. He said the right-wing populist party is taking advantage of this "army of helpers" and supporting it with instructions, text fragments and image databases.

And the help apparently isn't just coming from Germany. Davis has found countless photos among the AfD posts that come from Russian image databases, leading him to wonder if perhaps the party is getting some social media assistance from Moscow. The AfD's spokesperson rejects this claim, at least when it comes to the accounts run by party headquarters. He said he can't be sure about the other accounts.

In intelligence circles, analysts believe such a scenario to be plausible. Experts believe that support for the AfD is consistent with Moscow's strategic intention of destabilizing Western democracies by strengthening extremist forces. Just a few weeks ago, DER SPIEGEL revealed just how close Russia's relationship is with some AfD politicians.

Extremism expert Ebner notes that the data collected by Davis shows that AfD content is being artificially amplified by accounts that are either fake or even half-automated. It is, she says, the only explanation for the unrealistically strong pro-AfD engagement by supposed Facebook users in countries like Turkey and Egypt. Such social-media strategies that are "at the limit of what is allowable," she says, are "a phenomenon that we also frequently see with right-wing populist parties in other countries."

A Facebook spokeswoman says the company has a team of specialists that examines indications that "point to improper behavior." She says this would include, for example, coordinated influence of elections from inside and outside the country. "When we determine there is a violation of our rules, we pursue them energetically," she says.

Ultimately, it could be a mixture of living followers and digital automatons that are ensuring the AfD's online supremacy. Either way, there is one thing they are not: The "voice of the people." 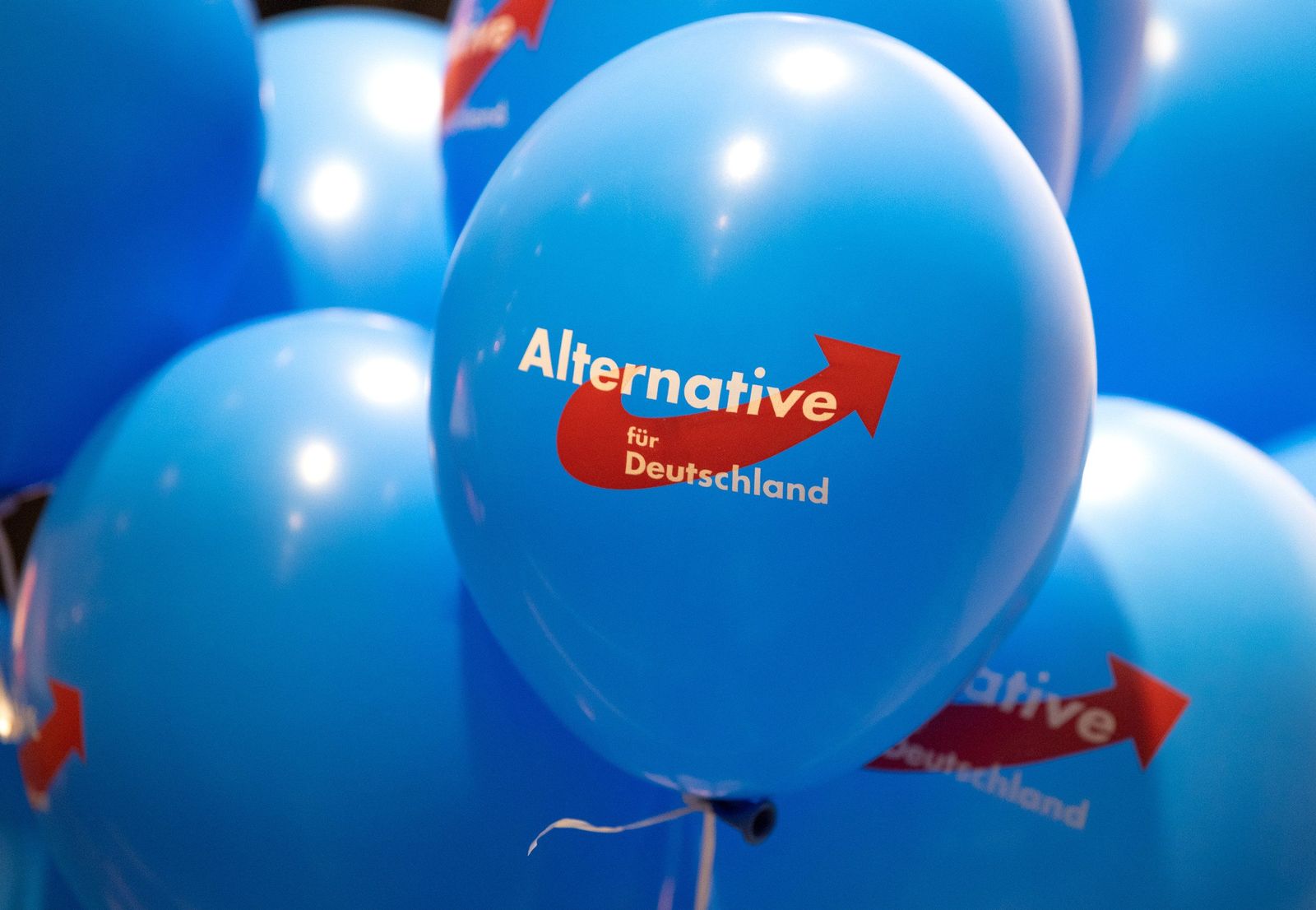 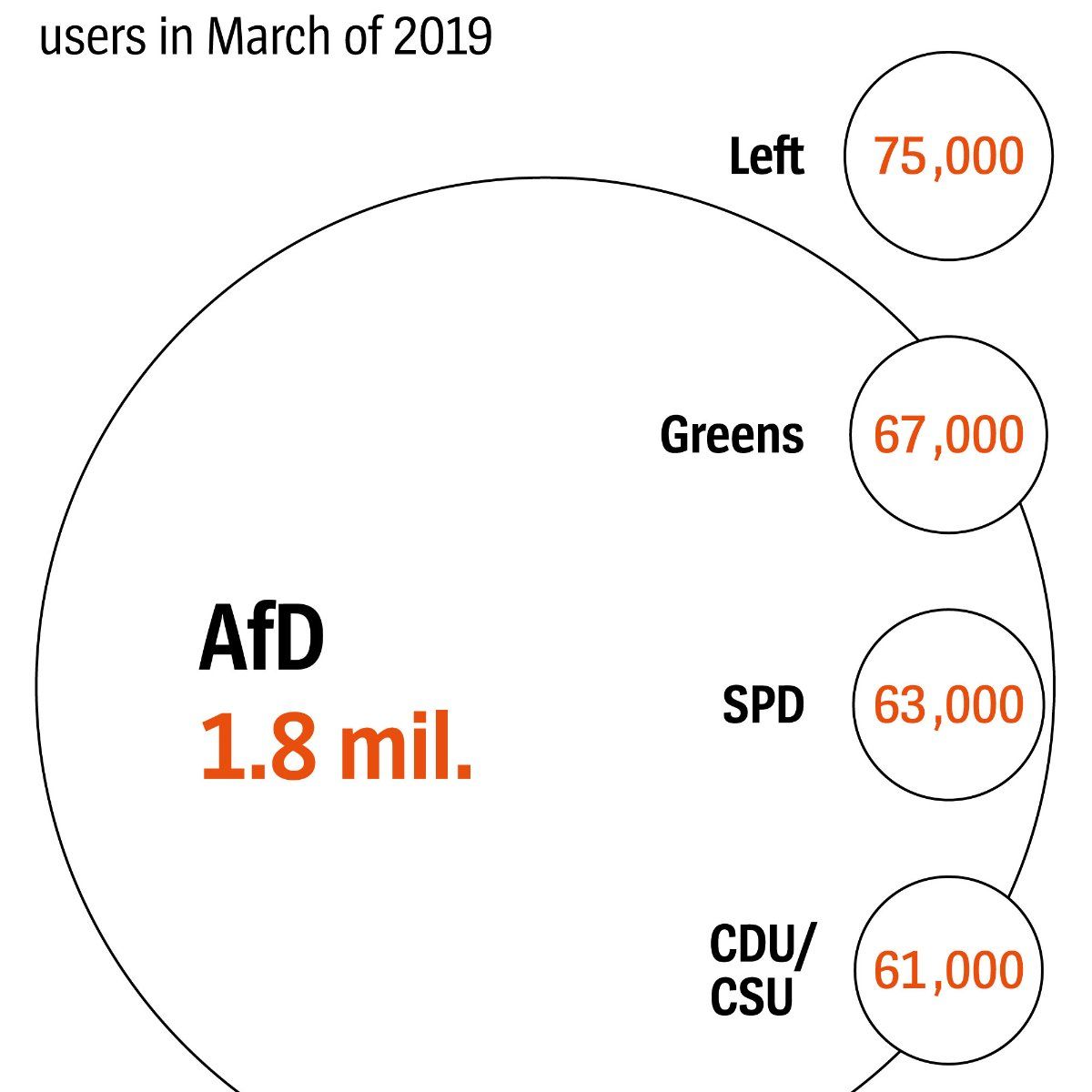 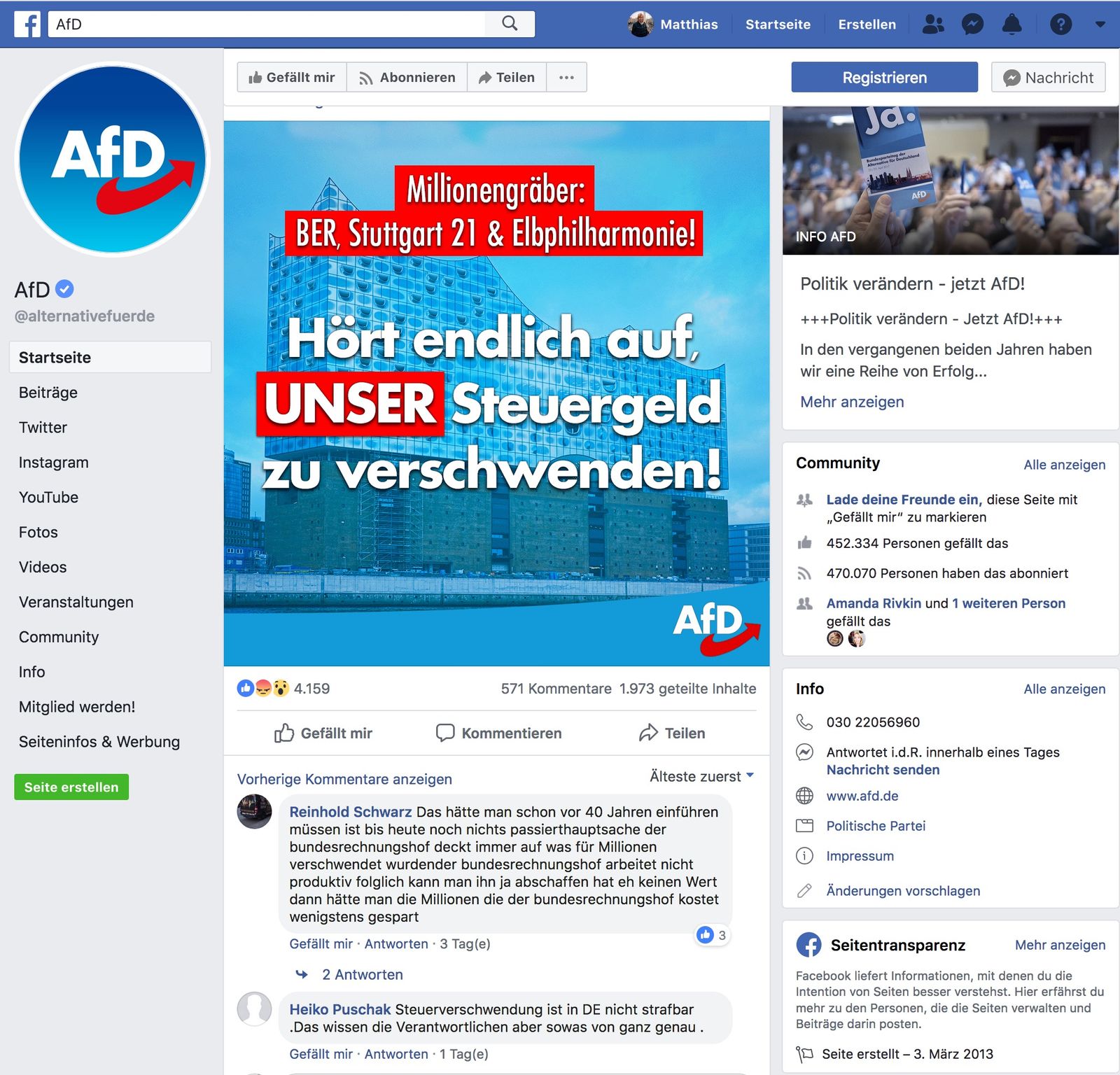 The AfD relies on simple, emotional messages like this one: "Stop wasting our tax money!"