To an outsider, it could almost seem like just another item on a packed parliamentary calendar. Last week, Germany's federal parliament, the Bundestag -- led by Chancellor Angela Merkel's conservatives and her business-friendly coalition partners, the Free Democrats -- voted in favor of a proposal which could lead to the addition of another commemoration day to the German year.

But the event up for commemoration is anything but free of controversy. The day, should Merkel's cabinet choose to pursue the idea, would be in memory of the expulsion of millions of Germans from Eastern Europe in the wake of World War II. Past efforts to commemorate their suffering have reliably elicited outcries from both within Germany and abroad. Portraying Germans as victims of World War II, after all, is always a dicey proposition.

The Berlin opposition took the lead last week in blasting Merkel's conservatives. On Monday, they were joined by 68 leading historians from Germany and elsewhere in Europe, who published an open letter criticizing the idea.

Parliamentary support for such a commemoration day, the document reads, is "an incorrect historical-political signal."

In particular, the open letter castigates German parliamentarians for choosing to peg the commemoration day to the anniversary of the "Charter of German Expellees," a document which was signed on August 5, 1950 by representatives of German groups expelled from the east.

The charter renounces any claim to "revenge and retribution" and pledges to contribute to the postwar reconstruction of Germany and Europe. But it has long been criticized for it's shortcomings.

"In the charter, there is no word about the cause of the war, about the mass crimes of the National Socialists, about the murder of the Jews, Poles, Roma and Sinti, Soviet prisoners of war and other persecuted groups," the open letter published Monday reads. "Instead, the expellees declare themselves to be 'those most affected by the agony of the period' ... a grotesque contortion of the historical reality."

Historian Heinrich August Winkler, a professor at Humboldt University in Berlin and a signatory to the open letter, says that the proposal for a commemoration day shows a lack of sensitivity on the part of the parliamentarians whose parties form Merkel's coalition government. "I can only imagine that they either have never read the charter, or at least haven't read it with sufficient discrimination," Winkler told SPIEGEL ONLINE.

The commemoration day debate is the most recent chapter in years of squabbling over Germany's approach to those who were expelled from their homes immediately following World War II. Up to 10 million Germans were forced to leave Poland, the Czech Republic, Hungary and other Eastern European regions -- some of which had been German territory prior to the war. Hundreds of thousands of the expellees lost their lives as they were driven out of the countries.

Efforts by the Federation of Expellees to establish a documentation center in Berlin focusing on the expulsions have long been viewed with significant skepticism, first and foremost in Poland. There is concern that putting the spotlight on Germans who suffered as a result of the war distracts from the true victims of World War II -- those persecuted and systematically murdered by the Nazis.

The authors of the Charter of German Expellees "did not take into account the entire historical context of World War II," a spokesman for the Polish Foreign Ministry said last week in response to the Berlin parliamentary proposal. "The document does not serve the interests of German-Polish reconciliation."

"There are possibilities to remember the victims of expulsions," Winkler said. "But I don't see any justification to focus exclusively on Germans because of the danger of losing sight of the context."

An expellee commemoration day is seen all the more critically given that it would receive the same status as Jan. 27: Holocaust Remembrance Day.

Why, then, did Merkel's conservatives and the FDP put forward the proposal in the first place? There are some who see campaign tactics at work. Voters are heading to the polls this year for several key regional elections and Merkel's government faces an uphill battle in many of them. Courting the expellees has long been a tried and true method in Germany of shoring up the conservative vote, not unlike Republicans in the US pandering to religious conservatives.

But given concerns abroad on the issue, it is a dangerous political card to play. And the list of respected historians from across Eastern Europe who signed Monday's open letter makes it clear that the issue remains sensitive.

Government spokesman Steffen Seibert told SPIEGEL ONLINE on Monday that, while Merkel's cabinet will take a look at the parliamentary proposal, it is guarded when it comes to a commemoration day.

Still, it would seem that the Bundestag proposal has been enough to open old wounds. "The political early warning system," says Winkler, "would seem to have failed." 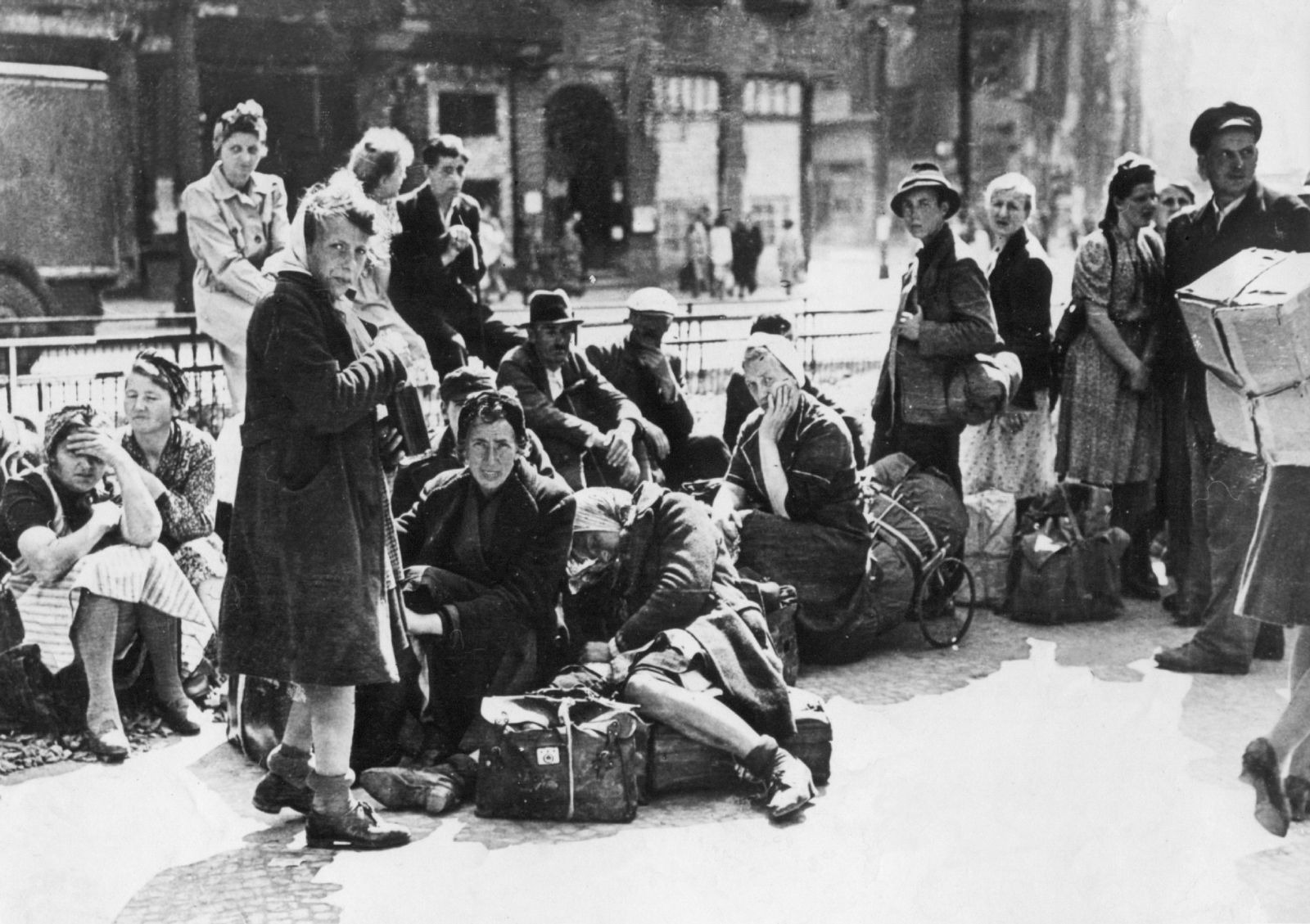 Displaced Germans from Eastern Europe in Berlin in 1945.