A man thought to have been a guard at the Auschwitz death camp has been arrested in Germany on suspicion of having assisted in the mass murder carried out there, the Stuttgart public prosecutor's office said on Monday.

A doctor had examined 93-year-old Hans Lipschis and found him to be fit for detention and a judge remanded him in custody. "We will try to ascertain what he did in Auschwitz," a spokeswoman for the prosecutor's office said.

Lipschis is believed to have been in Auschwitz from autumn 1941 until it was liberated in early 1945. He was added to the Most Wanted Nazi War Criminals list kept by the Wiesenthal Center in Jerusalem in April. The Wiesenthal Center welcomed the arrest.

"This is a very positive step, we welcome the arrest, I hope this will only be the first of many arrests, trials and convictions of death camp guards," the Simon Wiesenthal Center's Efraim Zuroff told AFP news agency.

Lipschis told Welt am Sonntag newspaper in April that he had only been a cook in Auschwitz. But investigators said he was "under strong suspicion of having supported the murders in the concentration camp," the office said in a statement.

More than 1.1 million people, most of them Jews, were murdered in Auschwitz.

The prosecutors office has been investigating him since November 2012. He was arrested because authorities believed he might leave the country. He has a daughter in the US, German media reported.

According to information obtained by the German news agency DPA, Lipschis was a member of the SS "Death's Head" unit that ran the camp. He later worked as a cook for the SS adminstration.

Born in Lithuania, Lipschis emigrated to the US in 1956 and settled in Chicago. He was deported in 1982 because he hadn't told US authorities about his past in the SS. He moved to Germany in 1983 and has lived in Aalen, in south-western Germany, since then.

"Charges against him are being prepared," said the prosecutor's office.

The Central Office of the Judicial Authorities for the Investigation of National Socialist Crimes said it had received the list of names of Auschwitz guards from the museum at the memorial site. The office is now checking which of the men, most of whom were likely to have been members of the SS, could stand trial.

Schrimm's office is exploiting a recent re-interpretation of German criminal law in order to bring to justice people who were small cogs in the Holocaust machine -- men and women who had hitherto been spared prosecution because they couldn't be proven to have committed specific crimes, and could hide behind the argument that they were following orders.

Prosecutions have been made easier by the precedent set by the trial of Ukrainian-born John Demjanjuk, found guilty by a Munich court in May 2011 and sentenced to five years in jail for being an accessory to the murder of 28,060 Jews while he was a guard at Sobibor in occupied Poland.

Since the Demjanjuk trial, prosecutors no longer need to establish culpability in specific murders to secure a conviction. Having been a guard is now seen as proof enough of having assisted in murder.

The crucial piece of evidence against Demjanjuk was his SS identity card from Sobibor. He died in a nursing home in the southern Bavarian town of Bad Feilnbach in March 2012, after being released pending his appeal. 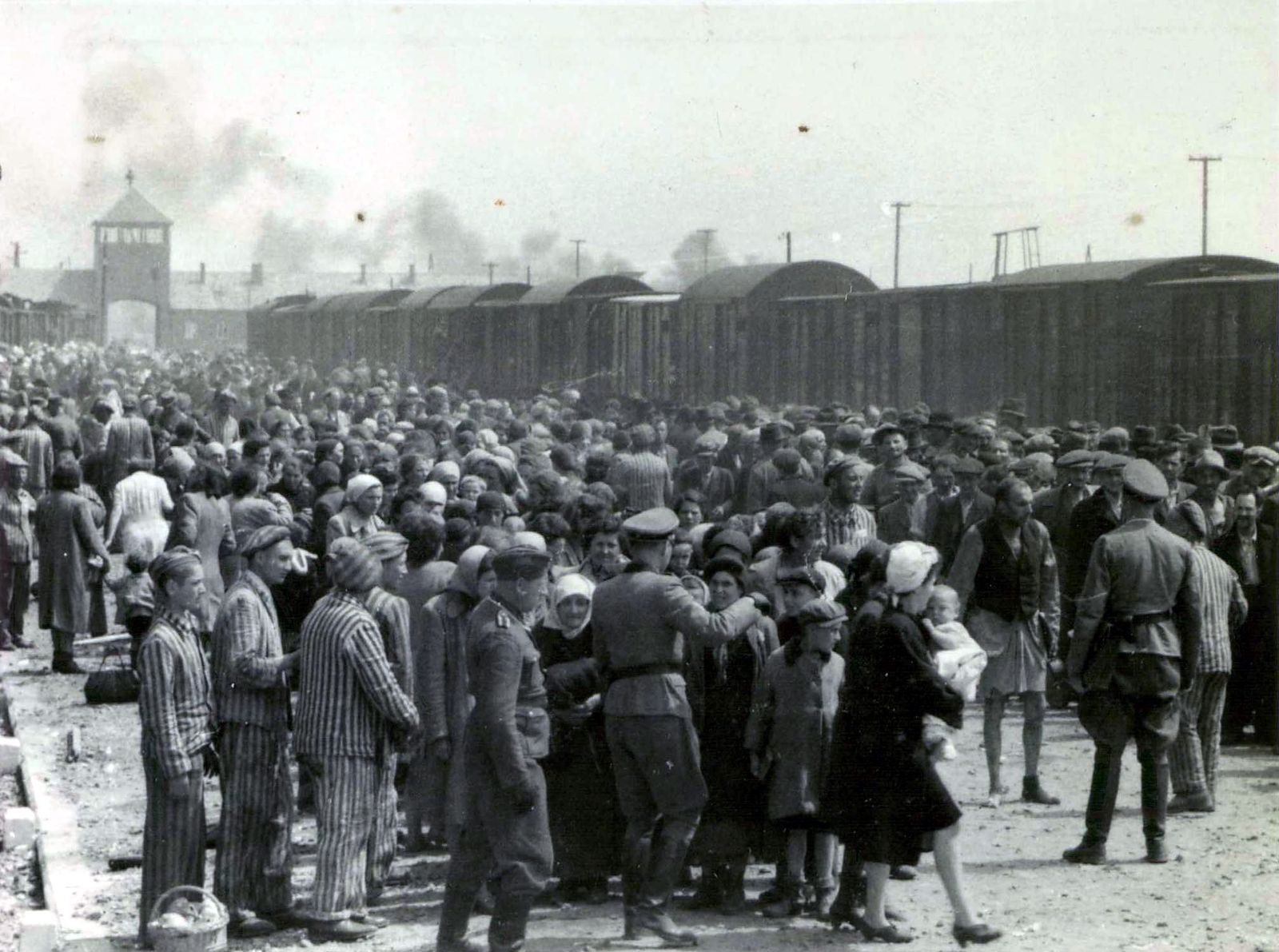 Photo dated May 27, 1944 showing Nazis selecting prisoners on the platform at the entrance of the Auschwitz-Birkenau extermination camp.