Angela Merkel would seem to want it both ways. On Monday, she opened a dialogue on climate change issues in Berlin with strong words on the timing of a binding international pact to limit emissions that cause global warming.

"Waiting is not an option," she said in demanding a global deal by 2015.

In the same speech, however, the chancellor demonstrated a distinct lack of urgency when it comes to a vital piece of European climate policy, apparently preferring to wait until after German elections in September. Acting now, after all, could slow Germany's already fragile economy and may jeopardize her prospects for re-election.

The Berlin dialogue comes following some very real setbacks on climate change policy in the last month. Most importantly, a plan to prop up Europe's ailing carbon emissions cap-and-trade system failed during a close, contentious vote in the European Parliament in mid-April. The plan, known as backloading, would have taken 900 million carbon allowances out of the system temporarily to help boost the carbon prices and partially relieve a massive glut. Though few expected the plan to boost the price of carbon credits enough to change companies' current investment policies, it was seen by many as a test as to whether European politicians were committed to saving a faltering policy.

Germany in particular showed itself to be uninterested in embracing climate change policies at a time when economies in Europe -- including Germany's own -- are struggling. In the run-up to the April vote, Berlin largely remained on the sidelines, with Merkel choosing not to provide European parliamentarians from her center-right Christian Democratic Union guidelines on how to vote. In the end, most CDU MEPs voted against the backloading plan and Merkel on Monday blamed the economy.

"I believe that we have a good chance by autumn at the latest to get to a better solution for our German problems," Merkel said. "Then Germany will also have a chance to tackle the backloading issue as a whole. That's what I'm hoping for. But at the moment, that's not possible against the entire force of the German economy."

The backloading plan was rejected by the European Parliament in an extremely close vote of 334 to 315, with more than 60 abstentions. The vote was contentious enough that some parliamentarians later indicated they would reconsider their vote if the issue was revisited. And it might be. The plan went back to committee and may be voted on again at the parliamentary level as soon as June. Still, the approval of a backloading plan is by no means certain.

"We might have to wait for October or November for this to move forward, until after the elections, though we would have liked Ms. Merkel to put Germany's weight behind backloading as early as possible" said Rémi Gruet, senior regulatory affairs advisor on climate and environment at the European Wind Energy Association. "Everybody is waiting for Germany."

The price of carbon in the EU reacted to the vote by dropping 43 percent to an all-time low of €2.63 per ton of emissions while electricity prices in Germany also sank to eight-year lows. Prices continued a two-week rebound on Monday to €3.78 per ton based on Merkel's tentative optimism about passing a backloading plan this fall. But that is still far below the €20 or €30 per ton that analysts say is needed to spur industry to cut carbon emissions and to fund many of Germany's clean energy plans.

With the current carbon price, utility companies that have invested in low-carbon electricity generation such as wind and nuclear are losing market share to companies that produce energy using coal. Some companies are already acting on the low price of carbon in Europe. E.ON, for example, one of Germany's largest utilities, announced recently that clean-energy investments will be cut to less than €1 billion in 2015 from €1.79 billion last year.

All of this is good news for the coal industry. Though Germany's supply of renewables has been on a steady upward trend, coal remains an important part of the country's energy mix and investments in highly polluting coal-fired power plants have not slowed. Two coal-fired plants opened in 2012 and six more will open this year, adding up to 7 percent of Germany's capacity. A dozen more are on track to open before 2020.

The need for the plants is certainly there. With Germany backing away from nuclear power and renewables not yet providing the capacity needed to meet demand, coal is not going to go away soon, even if carbon credits become more expensive. Indeed, that realization, combined with international foot-dragging on a global agreement, could very well be informing Merkel's approach.

"Things are a mess," said Brian Ricketts, secretary general of the European Coal Association. "If you want to solve the climate problem, you have to begin at the international level. It's going to be very hard to convince Europe to go it alone and impose costs on itself that the rest of the world isn't accepting."

'Europe Does A Lot'

Coal and energy-heavy industries have taken a strong stance against the backloading plan. And BusinessEurope, an industry group that represents 41 major organizations in 35 countries, has been using the momentum from the April vote to push the idea that Europe should change focus from stopping climate change to cost issues and energy security.

Despite her party's skepticism of backloading, Merkel on Monday wasn't quite ready to throw in the towel. Still, she hinted strongly that Europe is growing weary of trying to lead an unwilling world on efforts to limit global warming.

"I think it's completely inappropriate to say Europe doesn't lead on climate protection anymore because the European Parliament decided narrowly against backloading," Merkel said. "Europe does a lot, Europe will continue to do a lot. Our problem, when looking beyond Europe, is more the fact that we are doing everything by ourselves and are facing a difficult economic situation at the same time." 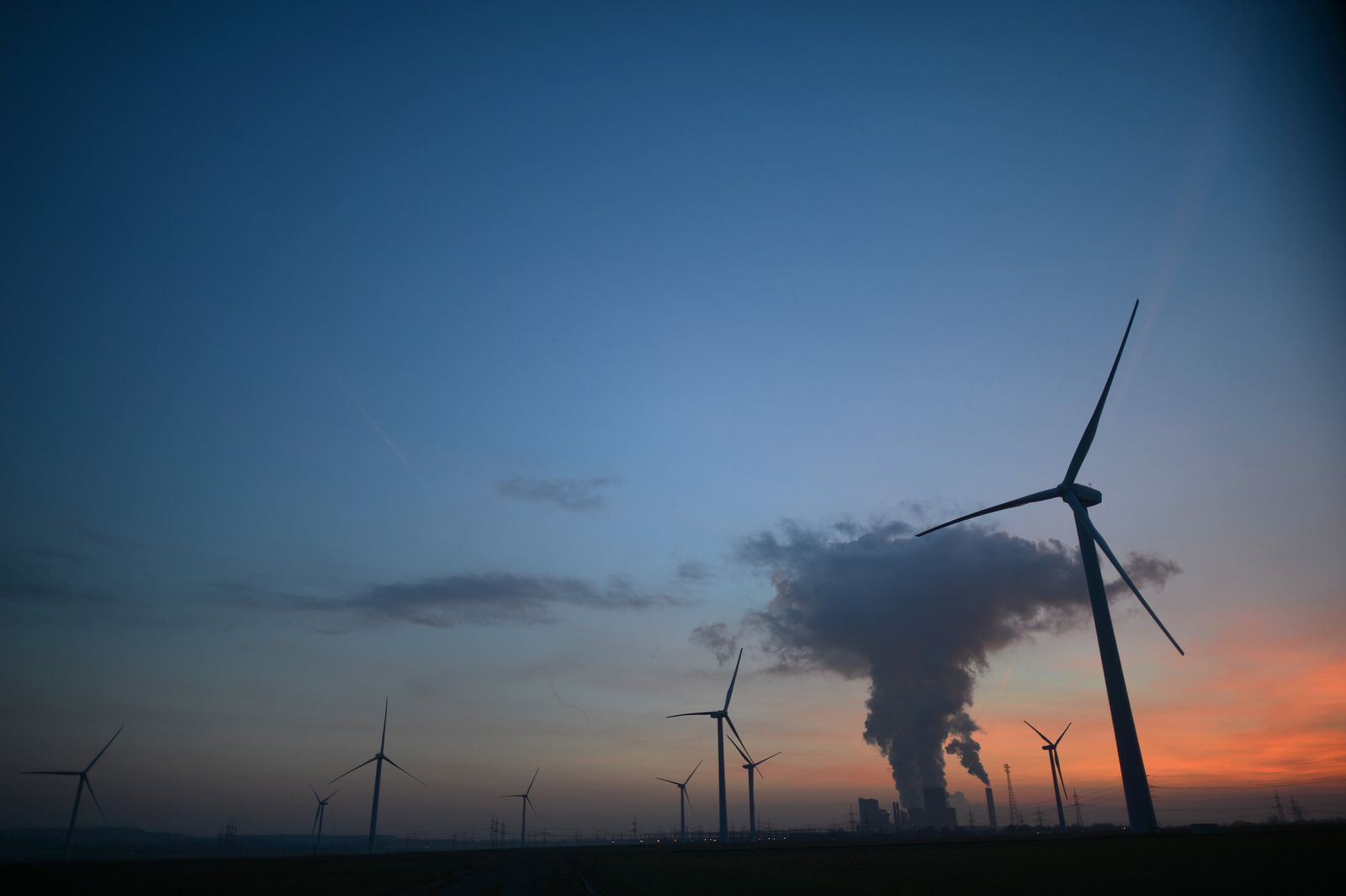 Germany wants a climate deal by 2015.