For weeks, German officials have focused a significant amount of attention on the country's Salafists, members of a fundamentalist strain of Islam who are suspected of having close ties to Islamist extremists. On Thursday, they made their move, raiding Salafist facilities in seven German states and banning one of the most important Salafist groups in the country, the Millatu Ibrahim.

"The organization acts in opposition to the idea of constitutional order and multicultural understanding," German Interior Minister Hans-Peter Friedrich said on Thursday morning. He added that the group promotes violence in its "fight against existing constitutional order."

In addition, Friedrich say that two other Salafist groups have now been placed under investigation in the hopes of finding enough evidence to be able to ban them as well. Some 1,000 police officers took part in the early morning raids.

Authorities estimate that some 4,000 people belong to Salafist groups in Germany, and that it is the fastest growing strain of Islam in the country. Salafists are considered by the German government to be particularly dangerous and prone to violence, primarily because of their single-minded goal of establishing Sharia in Germany and their rejection of Western values. Furthermore, authorities believe that Salafist groups have close ties to jihadist fighters in Afghanistan and elsewhere.

Salafists have been in the headlines all spring, initially because of their drive to attract new members by handing out free Korans in major German cities. One of the groups heavily involved in that effort, known as "Die Wahre Religion" or "The True Religion," is among those now under investigation. The founder of Die Wahre Religion, Abou Nagie, has long been under observation by German officials due to his "support for martyrdom and the jihad in the sense of using violence to 'defend' Islam," according to a 2010 domestic intelligence report issued by the state of North Rhine-Westphalia. The state has an active Salafist scene.

Similarly, the other group now under investigation, Dawa FFM, seeks to radicalize followers by offering "Islam seminars." Authorities in the German state of Hesse, where the group is active, have long had Dawa FFM under observation; Arid Uka, the man who shot and killed two US servicemen and seriously wounded two others at the airport in Frankfurt in March 2011, reportedly was radicalized by Islam seminars offered by Dawa FFM.

Millatu Ibrahim, the group that was banned on Thursday, is led by Mohamed Mahmoud, an Austrian who had lived in Germany since 2011 before leaving the country for Egypt in recent weeks. Domestic intelligence officials believe Mahmoud is a key figure in Germany's jihadist scene. He served four years in jail in Austria after having been convicted in 2007 of creating and promoting a terrorist organization. He left Germany on his own after a court ordered that authorities could expel him.

While the effort to hand out free Korans across Germany earned Salafists several headlines, it was their violent response to a campaign in North Rhine-Westphalia that landed them in the spotlight of justice officials.

In early May, the Islamophobic mini-party Pro-NRW launched a campaign to display anti-Islam caricatures in front of mosques and other Muslim facilities in North Rhine-Westphalia ahead of elections in the state. Counter-demonstrations in both Solingen and Bonn turned violent, with Salafists attacking police with rocks, sticks and even knives. In Bonn, 29 police were injured, two of them landing in the hospital with stab wounds.

Officials became even more concerned when a Salafist from Bonn, who is now in Afghanistan, issued a video message on the Internet in which he called for the death of Pro-NRW leaders and certain journalists. On Thursday, Pro-NRW took partial credit for the banning of Millatu Ibrahim. 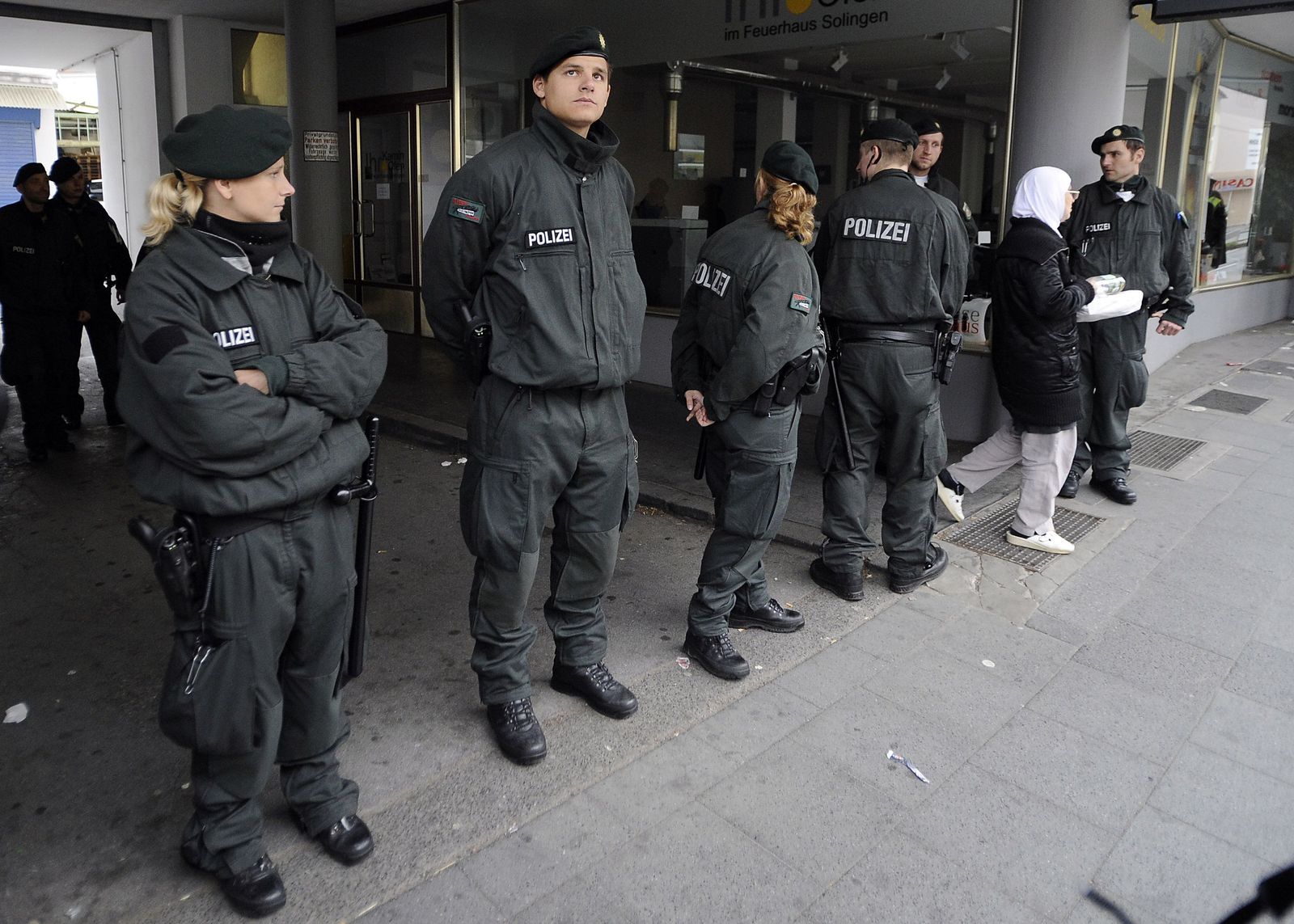 Police blocking the entrance to the Millatu Ibrahim mosque in Solingen on Thursday.