At the end of a long night, Horst Seehofer, the head of the Bavarian conservative party, the Christian Social Union (CSU), said: "Thank you Angela Merkel for these four weeks." Despite the fact that coalition negotiations aimed at slapping together a government of Merkel's Christian Democrats (CDU), its sister party the CSU, the business-friendly Free Democrats (FDP) and the Greens had just failed, the chancellor managed a smile. And the two dozen CDU and CSU politicians present in Berlin late on Sunday night stood and applauded.

By the time Merkel received her standing ovation, Germany had had about an hour to get used to the fact that the so-called "Jamaica" coalition - so named because the colors associated with the parties involved are the same as those of the Jamaican flag - was not going to happen. FDP head Christian Lindner had decided to back out.

The stress was clear to see on the faces of all the politicians involved in the negotiations, but Lindner and his deputy Wolfgang Kubicki seemed particularly wiped out. An exhausted looking Lindner held a paper in his hand, but spoke without looking at it, as though he had been preparing for this moment. "We are unwilling and unable to take responsibility for the spirit of the negotiation results. We even believe that many of the measures under discussion would have been harmful. We would be forced to abandon convictions we have spent years fighting for," Lindner said.

Then he, Kubicki and other senior FDP members climbed into their cars and disappeared into the cold, November night in Berlin. The Jamaica coalition, which would have been the first of its kind on the federal level in Berlin, was over before it had even begun.

According to one of the negotiators on Sunday night, Lindner had previously read out his decision to abandon the negotiations to Merkel. In response, the chancellor told the FDP head that his comments sounded like they had been prepared as a press statement. And, the negotiator related, Merkel added that Lindner should think long and hard about whether the FDP would ever again have a chance to accomplish the things that had already made it into the draft coalition agreement. Lindner, though, didn't want to continue, the negotiator said.

'A Day of Deep Reflection'

Now, after a month of talks, German doesn't know what will happen next. It is an unprecedented moment of uncertainty for a country that prizes stability and predictability above all else. "At the very least," said Merkel, "it is a day of deep reflection on the path forward for Germany."

It is difficult to overstate the impact of the collapsed talks. Indeed, for Merkel herself, Sunday night could mark the beginning of the end to her political career after 12 years in the Chancellery. Clearly drained from the exertion of the past several weeks, Merkel said on Sunday night that she would "almost even call it an historical day." It was the kind of sentence Germany has become used to from Merkel: a bit unpolished and inelegant. But it could end up being true.

German President Frank-Walter Steinmeier now has a key role to play. For the time being, Germany will continue to be governed by the acting coalition pairing Merkel's conservatives with the center-left Social Democrats. But it is up to Steinmeier, himself a Social Democrat, to navigate the path forward toward new elections - unless Merkel decides to experiment with a minority government.

The third possibility, one being discussed intently on Monday, is a repeat of the current "grand coalition." Immediately after the election results in September, which saw the SPD plunge to its worst election result since World War II, SPD head Martin Schulz vowed to lead his party into the opposition - the decision that led to the "Jamaica" negotiations in the first place. Now, though, the collapsed negotiations put the SPD in the position of having to revisit that decision. Schulz had been planning to announce his party's strategy for the future, including a personnel shuffle, on Monday morning, but that press conference has now been postponed. Still, SPD deputy-head Ralf Stegner said on Monday: "There is no mandate for a grand coalition."

Either way, the blame game among the parties involved in the coalition already got started on Sunday night. It is likely to continue throughout the week - and it is clear that the FDP will be a primary target. And Lindner himself isn't likely to be spared.

Indeed, it seemed on Sunday night that the parties were already positioning themselves for a possible election campaign ahead of a new vote. Green Party politician Konstantin von Notz said that he had had the impression on Sunday morning that the FDP was already preparing to abandon the talks and had found a possible excuse in an interview given by Jürgen Trittin, a senior member of the Greens. Trittin had told the weekly tabloid Bild am Sonntag that the FDP had become more unyielding on migration as the talks had progressed.

On Monday, the message from the Green Party is that an agreement had been possible and that the parties had, in fact, been extremely close. The FDP, however, disputes that account, with Kubicki saying: "Such a thing can only be said by someone who wasn't holding the paper in their hand," claiming that there were still 120 points of contention to be resolved.

And there were, indeed, plenty of issues on which the parties struggled to find unity: CO2 emissions reductions, foreign policy issues and the "solidarity tax" for eastern Germany. One of the most important clashes, however, focused on immigration and on family reunification. Merkel's conservatives, driven primarily by the CSU, wanted a hard ceiling of 200,000 immigrants per year and were opposed to allowing those already in Germany to bring in their families - a broad skepticism to immigration largely shared by the FDP. The Greens, however, insisted on a more open policy toward immigration.

On Sunday afternoon, it looked for a time as though the Greens and the conservatives were edging toward a compromise on immigration, with the Greens even reportedly prepared to accept an upper limit on immigration in exchange for family reunification allowances. The Greens were apparently even willing to accept demands from the CDU and CSU to recognize Algeria, Tunisia and Morocco as "safe countries of origin," a necessary designation to allow deportations to those countries. But CSU representatives then told reporters that FDP head Lindner was unwilling to accept the compromise.

It was a sign of the mistrust between the FDP and the Greens. Indeed, the FDP was even skeptical of allowing the Greens to take over the Foreign Ministry portfolio in the event of a coalition, worried that the party would try to use the position to circumvent a hard-cap on immigration. "Unfortunately, there is a lot of mistrust," Kubicki recently told SPIEGEL ONLINE. The Greens wouldn't argue. For weeks, the party had felt that the FDP wasn't really interested in a Jamaica coalition. On Sunday night, Jürgen Trittin said of Lindner's retreat: "The party did what it had been planning to do since Thursday."

But it wasn't just the Greens who were critical of the FDP. A conservative member of Merkel's parliament who asked not to be identified told journalists on Sunday night that the CDU, CSU and Greens had reached agreement on a compromise on immigration and family reunification. "As soon as the FDP learned of it," the cabinet member said, "they ran away." 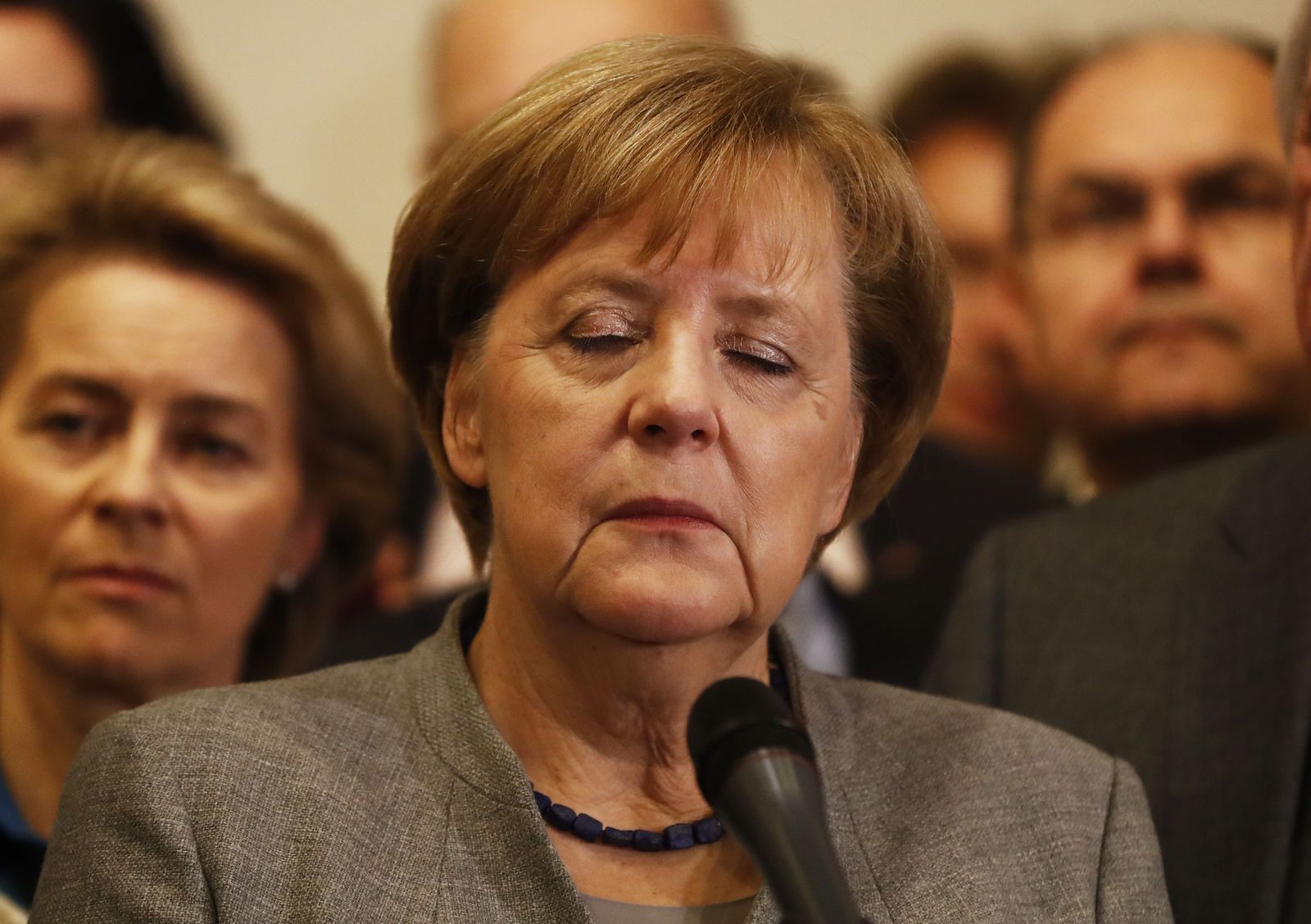