Europe, it is said, is not doing enough to solve the euro crisis. World leaders have spent weeks demanding more from euro-zone leaders and several in Germany have joined in the chorus. Just on Monday, German central bank head Jens Weidmann said during an appearance at SPIEGEL headquarters in Hamburg that the unwillingness of European politicians to make a decision has forced central banks to overstep their role.

It does not reflect my understanding of politics, Weidmann said, "when politicians deliberately avoid decisions and the central banks are forced to take up the slack."

Recently, though, it has become clear that doing much more is problematic in its own right, particularly in Germany. A discussion about democratic legitimacy has recently gained steam in Berlin -- triggered first and foremost by Germany's highest court -- and has led Chancellor Angela Merkel to change her approach in her pursuit of parliamentary backing for currently planned measures to counter the euro crisis. Furthermore, the country is now also arguing over whether it is time for a country-wide referendum on efforts to save the euro.

In an interview with SPIEGEL published on Monday, German Finance Minister Wolfgang Schäuble said "there's no problem with transferring more rights to Brussels, but the German people will have to make that decision." When pressed, he said that a referendum "will happen sooner than I would have thought a few months ago."

Merkel immediately distanced herself from Schäuble's comments, saying through her spokesman Steffen Seibert on Monday that any such referendum wouldn't be coming any time soon. But several other politicians indicated their support for the idea, including Social Democratic bigwig Peer Steinbrück and Patrick Döring, general secretary of Merkel's junior coalition partners, the Free Democrats. Steinbrück told the Stuttgarter Zeitung on Monday that "if you have been listening carefully to the Federal Constitutional Court, you would realize that there is no way around" a referendum.

Indeed, the decision over a referendum may ultimately not be a political one. Germany's Constitutional Court, the highest in the country, has recently indicated that the limits of the country's constitution have been reached when it comes to efforts to save the common currency. Already, the court is fielding several legal challenges to the European Stability Mechanism (ESM) and last week it controversially asked German President Joachim Gauck to delay signing the law until the court could fully examine the challenges. Last September, Constitutional Court President Andreas Vosskuhle said that further European integration would require a new constitution, making a referendum unavoidable.

Even Merkel appears to have understood the message. The chancellor had already spent a fair amount of political (and monetary ) capital on securing a two-thirds parliamentary majority for the passage of the fiscal pact, necessary due to the pact's transfer of some budgetary authority to Brussels. On Monday, she also announced that she was interested in securing a two-thirds majority for the ESM as well. The chancellor, said Seibert, wants to grant the law as much constitutional legitimacy as possible. With the center-left opposition supporting the ESM, there seems little doubt that she will get the majority she wants.

Still, with EU leaders meeting for a highly anticipated summit on Thursday and Friday in Brussels, it seems likely that Germany's constitution will have to be amended soon to accommodate the ideas currently being examined on a European level. Many of them involve the transfer of yet more sovereignty to Brussels, which is exactly the trend that Germany's high court has recently warned about. As such, it seems as though it is only a matter of time before the German people will be asked in what direction they want to go.

German commentators take a closer look at the referendum question on Tuesday.

"The question is what would be achieved by a referendum. When it comes to the European Union, the constitution is seen as being very 'integration friendly.' In its preamble, it even uses the term 'United Europe' (the U is really capitalized)…. The almost fanatic misgivings about further steps toward integration are diametrically opposed to the historical-political vision held by the fathers and mothers of the constitution."

"It is certain, on the other hand, that the possibility of a constitutional referendum would call forth further demands. Who really believes that this debate would be stilled by adding and voting on an additional article relating to Europe? How could one then draw the line before other legitimate desires to amend or extend the constitution? It would be wise to keep the lid on this Pandora's Box."

"It is remarkable how quickly the CDU wants to stifle a debate that started with its own finance minister, Wolfgang Schäuble. His boss Angela Merkel called referendums over constitutional amendments dealing with Europe's future as a step for 'the day after tomorrow' … Sure, but actually, why not? … In recent months the tempo of political integration has accelerated. The fiscal pact, a banking union and joint liability -- all of this was unthinkable even just a short time ago. But so far politicians and citizens have been acting more as followers than framers. Often because leaders have delayed decisions until there were no other options."

"Politicians and citizens alike must be able to debate the alternatives in peace, weighing the pros and cons -- and to vote on them. Otherwise the EU loses its legitimacy. But this can't happen in just a few hours, as Merkel would apparently prefer. Instead we need a long and intensive discussion, both in parliaments and in the public. But for this to happen, one can't wait until the day after tomorrow. It should begin today."

"What a chaotic discussion. The very week that German parliament in Berlin is set to decide on the fiscal pact and the ESM, Finance Minister Wolfgang Schäuble and his predecessor from the SPD, Peer Steinbrück, start an entirely new debate. They are speculating on the possibility of a referendum over ever closer political integration."

"What is the meaning of all this? Europe is already complicated enough. When everything is discussed in such a confusing manner, the understanding of average people can't be improved. … The fixation on a referendum is leading us astray. … Such spectacles of emergency situations misuse direct democracy and damage the European idea." 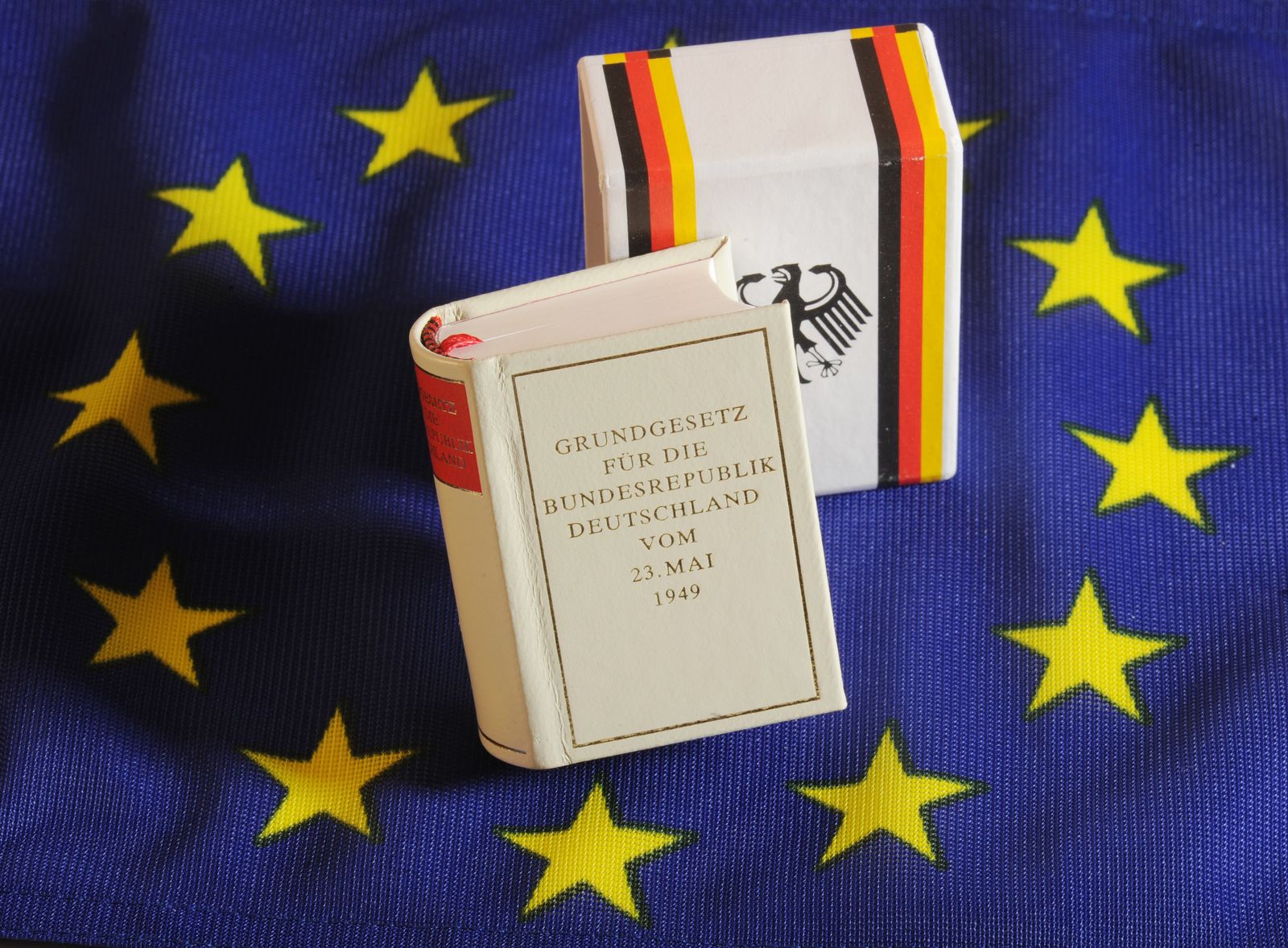 Germany's Constitutional Court has warned that the limits of the constitution have been reached when it comes to efforts to save the euro.