A day after a US Treasury Department report bluntly denounced Germany's economic model, accusing it of hampering the euro zone recovery and hurting global growth, Germany called the conclusions "incomprehensible" and challenged the US to "analyze its own economic situation."

The Treasury's semiannual currency report criticized Germany's overreliance on exports, a high current-account surplus and weak domestic demand. These factors "have hampered rebalancing at a time when many other euro-area countries have been under severe pressure," the report concluded, citing budget tightening in the euro-zone periphery. "The net result has been a deflationary bias for the euro area, as well as for the world economy."

The German Economics Ministry responded in a statement with equally harsh words, saying that Germany's surplus is "a sign of the competitiveness of the German economy and global demand for quality products from Germany."

The report -- traditionally a forum for ridiculing alleged Chinese currency manipulation -- noted that Germany's nominal current account surplus for 2012 was greater than that of China. Germany's surplus rose to $238.5 billion in 2012, compared to China's $193.1 billion, according to the World Bank.

German experts largely agree with the Treasury's assessment of Germany's export-fueled economy, and suggest that increased investment could spur domestic demand. But some question the emphasis on Germany's role in creating the euro zone's economic imbalances.

"The point about the huge current account surplus is accurate. It's nothing new, but they are being a bit more aggressive," Simon Juncker, an economist at the German Institute for Economic Research, said of the Treasury report.

However Stormy-Annika Mildner, an expert on trans-Atlantic economic relations at the German Institute for International and Security Affairs, cautioned that the Treasury may be saddling Germany with too much of the blame. "The report could have been more balanced in pointing the finger," she said.

Germany's dependence on exports is only one piece of the puzzle, Mildner said. Structural problems in other European countries, including limited labor market flexibility in Mediterranean countries and the lack of fiscal union in the euro zone, also add to the continent's economic imbalances.

A Time for 'Tough Language'

"Increased public investment could be financed by deficits where interest rates are close to zero," said Guntram Wolff, director of Brussels-based think tank Bruegel. On the corporate side, he says, the government could provide tax credits to businesses to incentivize investment.

But a shift in German economic policy may be on the horizon, as the country's main political parties negotiate a new "grand coalition" government between the center-left Social Democrats and the center-right Christian Democrats. And this could be just the right moment in German politics for "tough language" from the US, Juncker said.

On a trans-Atlantic level, however, the Treasury report may only complicate relations between Germany and the US, which were strained earlier this month following allegations that the US spied on Chancellor Angela Merkel's cell phone.

The Treasury's strong words could also undermine EU-US free trade negotiations set to resume next month, said Mildner. She added: "The skin is getting thinner on this side of the Atlantic." 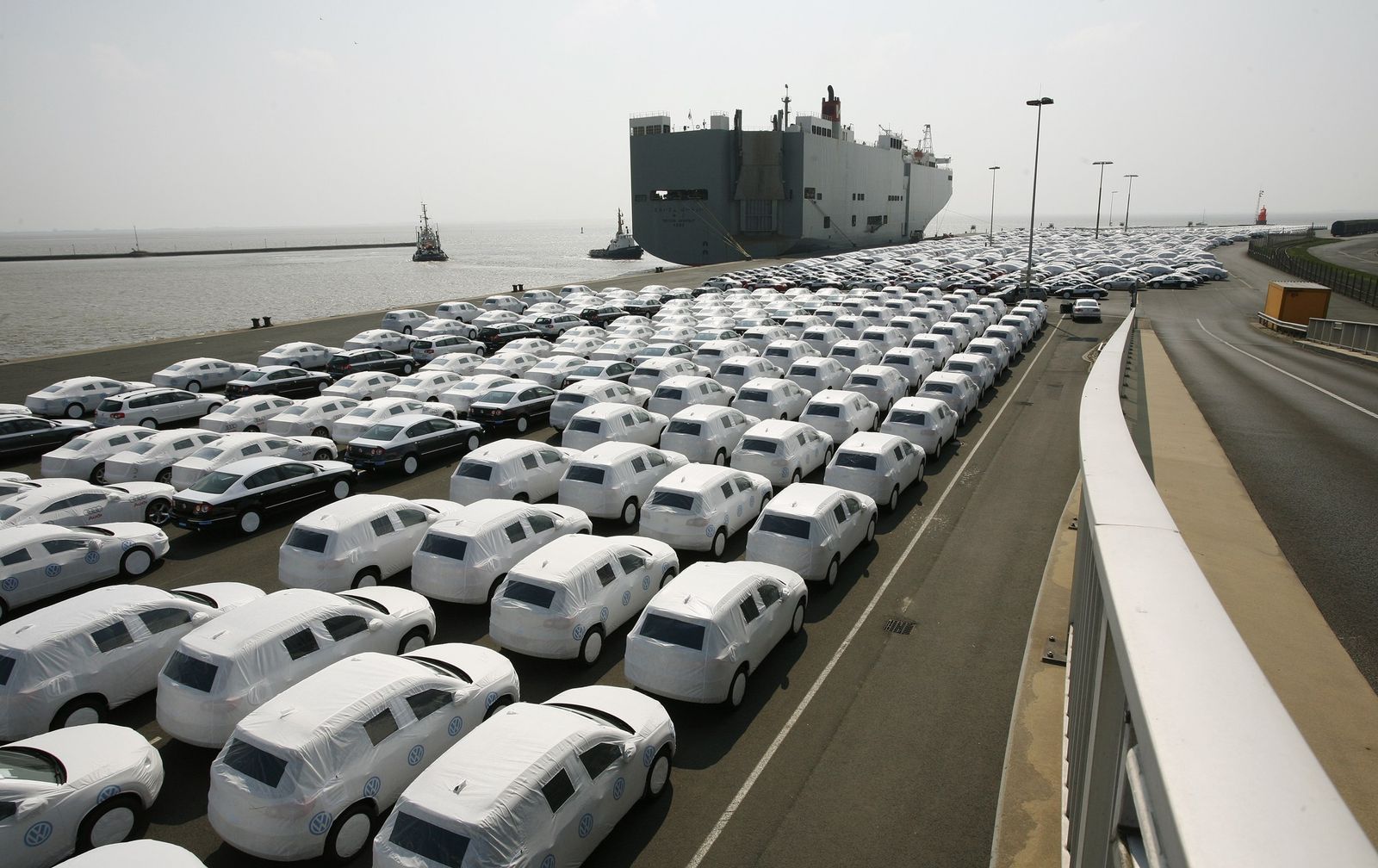 Volkswagen cars are covered with protective covers before they are loaded for export. Germany's trade surplus has skyrocketed beyond that of China.