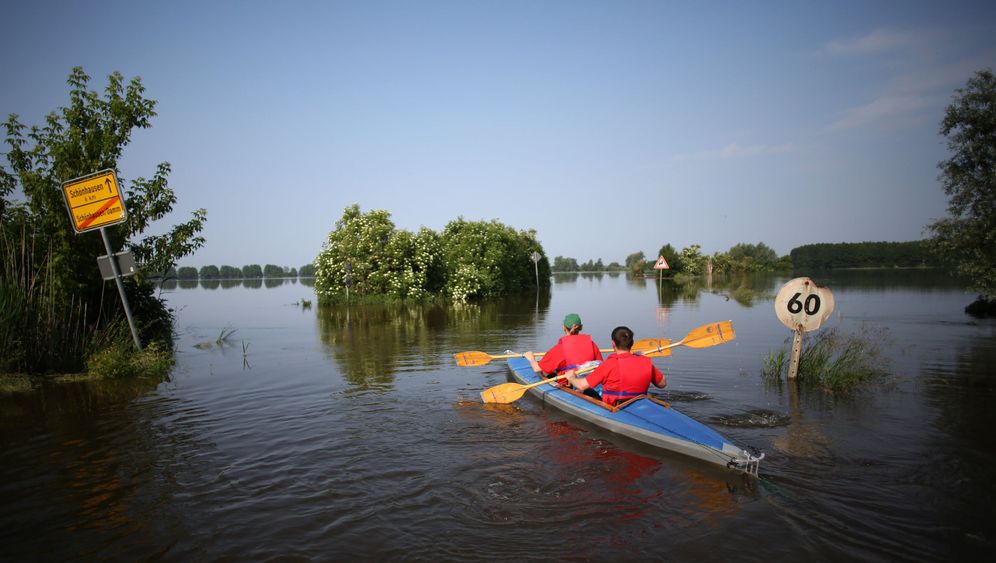 Just over 10 years ago, Germany assembled a massive €7 billion fund to help victims of the worst flooding the country had ever seen. Most thought that it would never be exceeded.

But on Thursday evening in Berlin, following heavy early summer flooding across much of Germany, including areas along the Danube, Inn, Saale and Elbe rivers, federal and state leaders agreed on an €8 billion package of assistance to help those hit hardest by the natural disaster.

"We have taken a huge step today," Chancellor Angela Merkel said when announcing the agreement.

She promised that the fund would not result in higher taxes, though it will mean that Germany must take on more debt. The money will be raised via a federal bond issue, half of which is to be paid back by the states and the other half covered by the federal government in Berlin. The model is a new one for Germany. Until now, Berlin had avoided assuming liability for the entirety of such joint state-federal funds.

In this case, however, Merkel said it made sense. "It would certainly not have been logical were each state to raise its share at its own interest rate conditions," she said. Most German states pay higher interest rates on their debt than the federal government.

Merkel noted that the additional debt will have no effect on the country's constitutionally anchored "debt brake," which will be implemented in 2015. The measure allows for exceptions resulting from natural disasters.

It remains unclear exactly how much the flood damages will cost, though a German insurance industry representative told the weekly Die Zeit earlier this week that he expects the costs will be much higher than in 2002. With many places still under water, it will likely be some time before a reliable estimate can be made. German Transport Minister Peter Ramsauer on Thursday said he thought that infrastructure damages would ultimately be in "high hundreds of millions" of euros.

Many parts of Germany, particularly in the north, were not yet ready on Thursday and Friday to begin thinking beyond the floods, though. Several areas in the states of Brandenburg, Saxony-Anhalt, Mecklenburg-Western Pomerania and Schleswig-Holstein are still underwater or threatened, with several levees in danger of breaking. Officials say that heavy overnight showers in northern Germany may have further weakened dikes that are already strained against the floodwaters.

Some 200 square kilometers (77 square miles) of Saxony-Anhalt remain under water following the collapse of a levee earlier this week. Thousands of people have not yet been able to return to their homes.

German President Joachim Gauck was planning to visit the Bavarian village of Deggendorf on Friday. The town was submerged under almost 10 feet of water late last week after a dike gave way. Photos from the town have become symbolic of the severity of this year's flooding.