Following widespread speculation that the move was imminent, German Federal Prosecutor Harald Range on Wednesday announced he is launching a formal investigation into allegations that the NSA spied on Chancellor Angela Merkel's mobile telephone communications.

SPIEGEL had reported on Monday that the federal prosecutor was close to opening formal proceedings. On Wednesday, Range informed the Legal Committee of the Bundestag, Germany's federal parliament, of the pending investigation.

The move marks the next significant chapter in the spying scandal surrounding America's signals intelligence authority, the National Security Agency. It is also the first formal act taken by a German government agency in response to the revelations made public by NSA whistleblower Edward Snowden. The probe could further exacerbate trans-Atlantic relations that have been deeply burdened by the scandal.

The Federal Prosecutor's Office in Karlsruhe opened two "monitoring processes" last year to review the allegations. The first focused on the mass spying of Germans' data by the NSA and the second targeted allegations -- first reported by SPIEGEL in October -- that Merkel's mobile phone had been tapped.

Sources close to the federal prosecutor told SPIEGEL that Range has concluded that there are insufficient reasons for opening an official investigation into the mass spying, although the office still has the option of initiating proceedings at a later date.

Chancellor Merkel is said to still be furious about the tapping of her phone and she complained directly to US President Barack Obama. That complaint helped convince prosecutors that the allegations of spying on her phone are credible. In addition, following a visit with Keith Alexander -- who was NSA chief at the time -- in Washington, Elmar Brok, a German member of the European Parliament with Merkel's conservative Christian Democratic Union (CDU), said that when he asked if the chancellor's mobile phone was being spied on, Alexander responded, "Not anymore." Merkel also appears in the NSA's Nimrod database, which contains the names of important NSA targets. SPIEGEL itself provided a copy of the entry to the German government in October.

Range has been the subject of massive criticism in recent weeks because the Süddeutsche Zeitung and public broadcasters NDR and WDR reported that he would not launch a formal investigation into the NSA scandal. Range did, however, face massive internal resistance to the initiation of proceedings after suggesting early on that he would likely pursue an investigation.

Range's own staff experts on espionage expressed skepticism about taking on the case because they didn't believe in prospects for success in any proceedings against the NSA for its mass surveillance practices. They argued internally that the US would not cooperate with a request for mutual legal assistance and that the effort would prove futile. Besides, there are open questions about who would even be the focus of the investigation? Obama? Or would it be Snowden himself, who told Germany's Stern magazine last week that he had been "personally involved with information stemming from Germany." Evidence had been stronger for pursuing allegations of spying against Merkel.

But German Justice Minister Heiko Mass of the center-left Social Democratic Party (SPD) said no pressure had been exerted on Range. "From the very beginning, I placed great importance on the federal prosecutor, as the head of the investigative authority, making this decision on his own -- properly and according to law," Mass told German public broadcaster Deutschlandfunk on Wednesday morning. The minister added he was certain Range would do that.

Political support for an investigation appears to be broad. In the Chancellery, it appears that anger over the spying has outweighed concerns about the negative effect proceedings might have on Berlin's relationship with Washington. Despite several hours of talks with Obama at the beginning of May in Washington, Merkel remains indignant about the spying. During a joint press conference with Obama at the time, she said there could not and would not be a return to business as usual.

Indeed, the German government not only appears ready to deal with anger from the US -- it has also quietly been paving the way for the investigation behind the scenes. In confidential talks, the ministers at the helm of the justice, foreign, interior and economics ministries as well as Merkel's chief of staff at the Chancellery agreed to give free hand to Range if he decides to open preliminary proceedings. It would also be difficult to imagine Range opening an investigation without official support, given that the Justice Ministry can issue orders to the Federal Prosecutor's Office.

'We Should Stir Up as Much Trouble as Possible'

There was some initial criticism on Wednesday over the fact that Range has thus far limited his investigation to the spying on Merkel's mobile phone. Hans-Christian Ströbele, the Green Party representative on the Legal Committee, said "the primary violation at issue is the mass spying."

But the prosecutor's office has made little progress on that aspect of NSA surveillance in recent months. Officials wrote letters and requested information from the Chancellery, Germany's BND foreign intelligence service, the Federal Office for Information Security and the federal Office for the Protection of the Constitution, which is in charge of counterintelligence measures. The requests produced little, and the government offices failed to deliver anything that would justify opening formal proceedings.

In February, Edward Snowden's lawyer in Germany, Wolfgang Kaleck, even offered assistance from the whistleblower in the event of criminal proceedings. But the Federal Prosecutor's office responded coolly, saying only that it was seeking to determine if there were grounds to launch proceedings and that there was "no scope" in that process to question witnesses. However, the office told the lawyer, Snowden would not be hindered if he wanted to "express himself, either directly or through your office in writing." Kaleck hasn't sent anything so far. The reserved response by the prosecutor's office suggested to some that it wasn't really interested.

But Range can be sure of high-level support for his decision announced on Wednesday, and not just from within the opposition.

Meanwhile, the SPD's domestic policy point person in parliament, Michael Hartman, said prior to Range's announcement: "With all due respect for the federal prosecutor, it wouldn't be a bad message if he were to at least open preliminary proceedings to show that Germany isn't willing to just put up with anything at all." 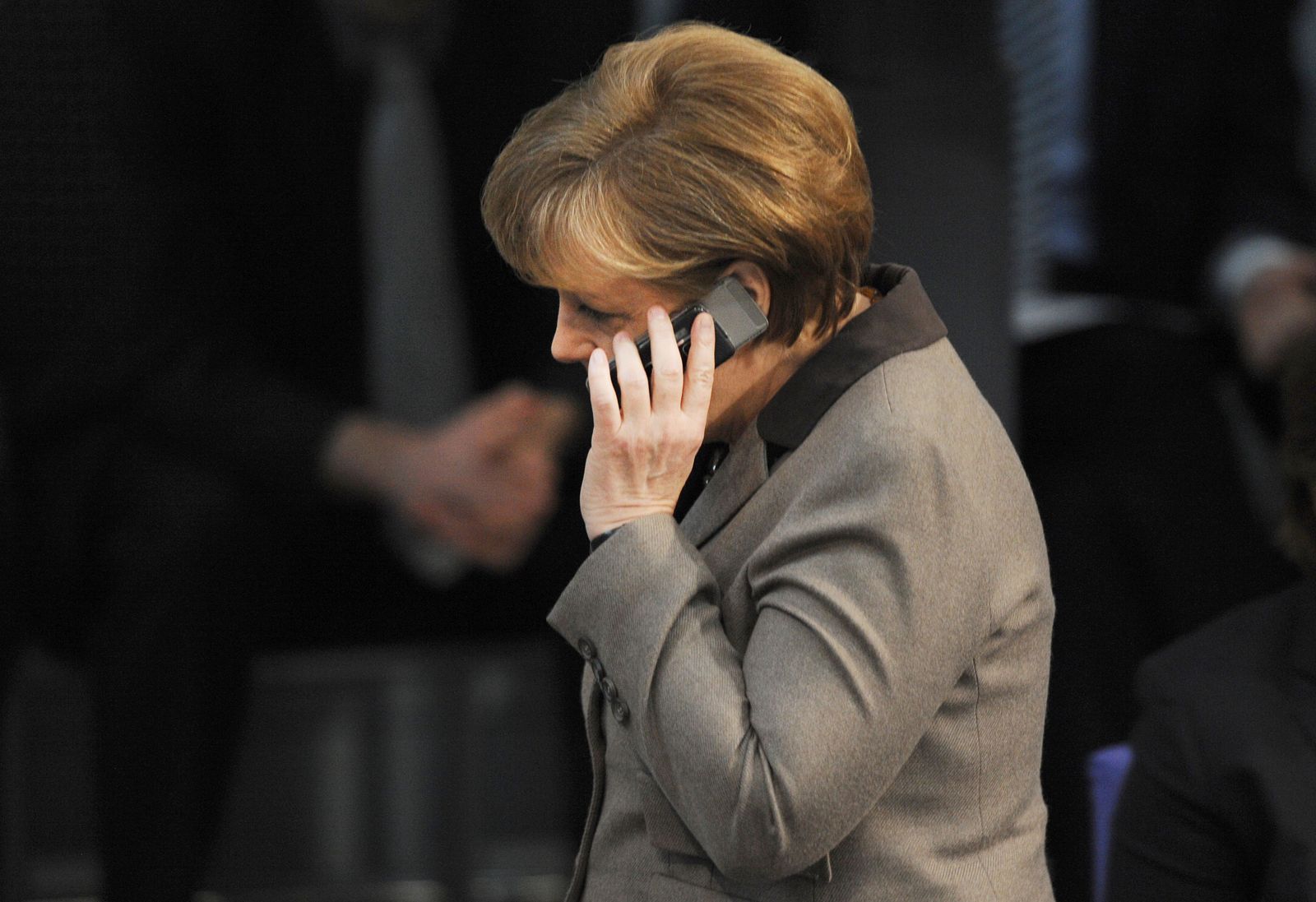 German Chancellor Angela Merkel is said to still be deeply angered about US spying on her mobile phone.