"So far, Germany hasn't had to spend a single euro from the federal budget on Greece." It's a line one has heard dozens of times on German talk shows in recent years. Soon, though, the claim may no longer hold true. A Greek insolvency is now within the realm of possibility and if the country does go bust, it could directly burden the German federal budget.

But how many billions of euros in German money are actually at stake? It may seem like a simple question, but there are no easy answers, because Germany's actual liability for Greek debt depends on a number of factors.

For a simple answer, just scroll to the last graphic in this article, where you will find the maximum burden for the German budget in a worst case scenario. If you're looking for a more nuanced answer, then please continue reading.

In order to determine the maximum possible liability for Germany as of the end of June 2015, you have to consider several factors, including whether …

But how do these numbers fit together?

The important thing here is that these figures represent the maximum conceivable damage to the German budget. They would be incurred if Greece didn't pay a single cent back on its debts over the next four decades -- an extremely unlikely scenario. It's far more likely that Greece would service certain debts, but not others.

In other words, there are varying probabilities of default for Greek loans that Germany has backed.

In May 2010, Athens' partners in the euro zone and the International Monetary Fund (IMF) assembled the first bailout package for Greece. In recent weeks, the confrontation has primarily escalated between Greece and its euro-zone partners, creating a high likelihood that Athens will either not service, or insufficiently service, the loans for which those countries have provided guarantees.

Germany itself provided €15.17 billion in guarantees in the first bailout package, meaning that Germany is liable for that amount of the loans that were extended to Greece. If the government in Athens stops servicing the loans, then Germany will have to pay for them when they come due.

But none of these loans are due until 2020, with repayment continuing until 2041. Germany would never be liable for more than €758.5 million in any given year.

In total, Greece was wired €73 billion as part of the first bailout package, including €52.9 billion from its euro-zone partners and €20.1 billion from the IMF.

A Second Bailout with High Risks

The same scenario applies to the second bailout package provided to Greece in March 2012: It is most likely that Athens would not service the loans for which its European partners have provided guarantees.

In contrast to the first aid package, the individual euro-zone states were not direct stakeholders this time around. Instead the guarantees were provided by the EFSF, which was set up and funded by the euro-zone members. Germany was liable for 29.13 percent of any guarantees provided by EFSF as of June 2015.

If Greece didn't pay back a single cent of loans received as part of the second bailout package, Germany would be liable for a total of €38.16 billion.

In this case, the loans aren't due until 2023, with repayment extending to 2054. Thus, Germany would not be required to pay more than €2.95 billion in any given year.

In total, Greece received a sum of €142.8 billion in the second bailout package, with €131 billion coming from its euro-zone partners via the EFSF and €11.8 billion originating from the IMF.

Government Bonds Held by the ECB -- A High Risk of Default, but Low Damage Risk for Germany

Relations are also poor at the moment between the Greek government and the European Central Bank. The ECB is currently holding just under €20 billion in Greek government bonds that it bought from private creditors in the scope of the debt haircut. Other national central banks within the euro zone are holding additional Greek sovereign bonds with a value of around €7 billion -- bonds the ECB will have to back in the event of default.

Germany is liable for 25.57 percent of the ECB's losses -- at least in theory. But it is anything but certain that the member states would actually have to recapitalize the ECB, because the central bank's statutes stipulate that losses up to a certain amount must first be offset by the ECB's reserves and profits.

Still, even if a worst case scenario did emerge, Germany would be required to pay for maximum losses of €6.9 billion that would be due if the Greek state didn't service the government bonds currently held by the ECB.

Although the tone used by Athens in speaking of the IMF in recent weeks has been harsh, at the moment there are signs of reconciliation. The IMF is an institution whose expertise could be useful to Greece in the future, and the Greek government seems to be aware of this. Also, if Greece were to default on its IMF loans, states like China and the United States would also be partly liable, countries with which Athens is unlikely to want to risk spoiling relations. On top of that, Greece's debt with the IMF is comparably low.

As such, it's likely that Greece will honor its payment obligations to the IMF as it has done so far. The possibility of payment delays is also unlikely to change anything fundamentally.

Germany itself is liable for 6.12 percent of the IMF's losses. If Greece were to refuse to service its IMF loans in their entirety, Germany would be hit with €1.29 billion in liabilities.

In the scope of the first and second bailout packages, the IMF contributed a total of €31.9 billion in loans to Greece. The country has €21.1 billion in payments still due on the loans.

Total Risk for Germany -- If Greece Remains in Euro

The graphic shows the cumulative risks for Germany as of June 2015.

Even though the total figure of €61.53 billion is quite large, its actual impact on the German budget would be less dramatic because the losses would be spread out over a long period of time extending to 2054. The annual losses occurred would never exceed €3 billion, with most yearly figures running between €1 billion and €2 billion. Those sums certainly aren't peanuts, but a country as big as Germany should be able to absorb them. Just to offer a comparison, the city-state of Berlin received €3.5 billion in transfer payments from other German states last year. One also shouldn't forget the effect of inflation: The just under €3 billion in debt default Germany would have to cover in 2043, the year with the highest risk for the country, would likely be a considerably lighter blow then than it would be now.

Total Risk for Germany in the Event of a Grexit

If Greece were to exit the euro zone altogether, additional liabilities would ensue through the Greek central bank's departure from the European Central Bank.

The majority of these liabilities relate to emergency aid provided to Greek banks, the so-called Emergency Liquidity Assistance (ELA). This sum currently totals around €90 million. As the ECB's biggest shareholder, Germany would be responsible for about €23 billion of that sum. In the event of a Grexit, this would bring Germany's total exposure up to about €84.5 billion.

Still, it is highly unlikely that these ELA loans would have to be written off in their entirety. They are collateralized -- even if the securities they are backed by are Greek government bonds and corporate credits. Besides, as previously stated, it is uncertain whether ECB losses would have to be immediately compensated for at their full value.

Additional reporting by Nicola Naber and the SPIEGEL Research Department. 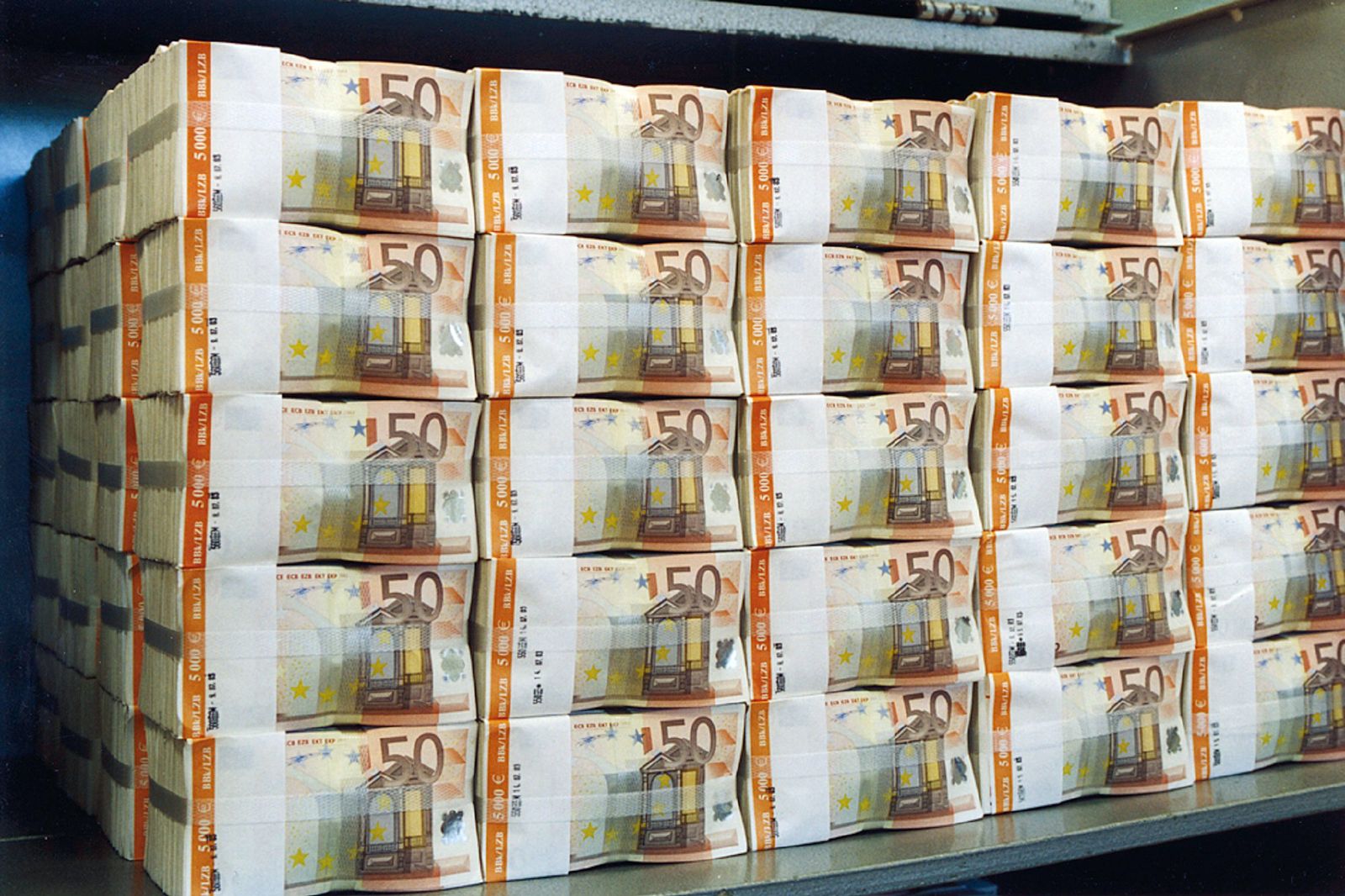 Is Germany on the verge of losing billions of euros because of loan guarantees it offered to Greece as part of its bailout?