Richard Grenell is a man of many faces. The new American ambassador in Berlin mostly comes across as the imperious proconsul of a superpower, and sometimes as Donald Trump's loyal mouthpiece, but rarely as a diplomat.

On Thursday morning, the American decided to take on a new role. At a breakfast hosted by the Middle East Peace Forum breakfast, he opted for the role of placating politician.

The group of lawmakers and political insiders met at a pricy Italian restaurant in Berlin and agreed to keep their discussion confidential. Grenell initially contented himself with discussing trade policy, capitalism, human rights and the common values that bind Germans and Americans together. Only later did he broach the subject with which he has dominated the headlines for the past three days: How will the West react if Syria's dictator Bashar Assad once again crosses the red line and deploys chemical weapons in the upcoming attack on Idlib, the final rebel stronghold?

"Already there is a strong coalition," said the American, "and it will be stronger than the last one." In April, after the poison gas attack in the city of Douma, only the French and the British took part in Washington's retaliatory strikes against Assad. This time, the U.S. hopes to include as many countries as possible. The Canadians have been approached as have several countries in the Middle East and a number of NATO member states in Europe. Germany is among them.

"We aren't begging for other countries to take part," said Grenell before making clear what exactly he wants from Berlin. Germany, he insisted, needs to signal to Assad with a "strong voice" that he cannot use poison gas. "Don't do it," he believes should be the message. A threat. It is the least the Americans can expect from their German allies.

Before last week, it seemed unthinkable that Germany might take part in a retaliatory strike against Assad, but now a discussion about a German deployment in the Middle East has flared up. And, as is always the case when a military mission is discussed, the debate has centered around Germany's role in the world.

For years, the mantra of leading German politicians from the center-right Christian Democratic Union (CDU) and the center-left Social Democrats (SPD) has been that Germany needs to take on more responsibility. A consensus exists that this change cannot merely be political or financial, but potentially involve a robust military deployment. In theory.

But whenever things get serious, Germany shies away. In the lead up to Trump's last retaliatory strike in April, the chancellor excluded potential German participation from the beginning. At the time, the U.S. president announced the coming strikes with a martial tweet addressed to Russian President Vladimir Putin: "Get ready, Russia." Washington didn't bother to ask whether the Germans wanted to be involved. This time, though, it's different.

This time, Germany will have to make a decision.

The request came early. It was secret and highly official. More than two weeks ago, the American embassy asked the German Federal Foreign Ministry and the Defense Ministry for a meeting. They said they wanted to pass along a demarche, an official diplomatic declaration.

Then, on Thursday two weeks ago, an American envoy spoke with the political director of the Foreign Ministry, and one day later U.S. Ambassador Grenell himself met with her counterpart at the Defense Ministry.

The Americans wanted to know if the German government would want to take part in a possible military attack against Assad. They said that different options were possible, from in-flight refueling and escorting fighters to taking an active role in the attacks.

Grenell and his envoy presumably didn't expect an answer. A demarche doesn't usually call for one. And the request was so politically sensitive that it went above the heads of even high-ranking officials.

The process was highly confidential, and the Berlin government's standard consensus-building process was set in motion, including consultations between ministries and discussions with the Chancellery. Later, parliamentary group leaders were to be informed and then, a public warning was to be issued to Assad against the use of chemical weapons. That was the plan Chancellor Angela Merkel and Defense Minister Ursula von der Leyen agreed on.

"No plan survives the first contact with the enemy," Prussian Chief of Staff Helmuth von Moltke once said. In the case of the Grenell demarche, it was the mass-circulation tabloid Bild that threw the plans into turmoil when it reported about the U.S. request on Monday.

The SPD reacted immediately. After brief consultation with Foreign Minister Heiko Maas, who is a member of the SPD, the party's parliamentary group leader Andrea Nahles hit the brakes. "The SPD will not support German participation in the war in Syria, neither as part of the government nor in parliament," she said.

Nahles knows the atmosphere in her parliamentary group, where even prolonging the mandate for the German military training mission in Iraq is controversial.

For Merkel and von der Leyen, the timing of the indiscretion was terrible. How believable is a threat if the coalition partner has already made it clear that it will vote down any military plans in Syria?

The hunt for scapegoats quickly began. The ministries soon suggested that Grenell himself was behind the leak, motivated by unclear reasons, but presumably political dimwittedness. The Americans angrily denied the accusation. They wouldn't be so stupid as to leak the request at that point in time.

Merkel and von der Leyen decided to at least follow through on the second part of their plan: the threat. On Wednesday, the chancellor was, by her standards at least, unconventionally forthright. "To simply say we could look away when chemical weapons were used somewhere and an international convention is not being upheld, that cannot be the answer," she said. But she didn't say whether Germany would take part in a retaliatory attack if that line was crossed.

It was clearly a new tone. But talk might not be enough. The pressure from allies, especially from the Americans, is continuing to become more intense.The lack of understanding for the gap between what Germany says and what Germany does is growing as well.

Merkel and von der Leyen have embarked on a risky maneuver whose success depends on the assumption that Assad won't cross the line -- that the threats from the U.S. and its Western allies will keep him from carrying out further chemical weapons attacks. That ultimately nobody will ask the Germans if they really do want to take part in a retaliatory attack. Because if he does use chemical weapons, the widespread consensus in the government and among coalition party leaders in parliament is that Germany would have to say no on both political and legal grounds.

Merkel and von der Leyen have watched with interest how the French have managed to join the British as Washington's closest allies. Paris has no problem taking part in joint military actions. In Mali and in Libya, it was even the French who first wanted to intervene.

For Berlin, a stronger military engagement would be a giant problem. But German leaders also know that you can only play with the big boys if you punch exactly that ticket. That is why Germany has sent Tornado reconnaissance aircraft to support the anti-Islamic State mission. It gives Berlin a seat at the table when the Americans discuss strategy with their allies in their headquarters in Qatar. In the future, though, a country the size of Germany will have to contribute much more than just reconnaissance aircraft.

Still, Merkel and von der Leyen know that Germany could hardly take part in a retaliatory action against Assad. On a political level, Nahles has made a deployment largely impossible. The legal concerns are even bigger.

In Germany, the use of military force in cases not involving self-defense needs to be legitimized by the UN Security Council. But Russia has a veto in the council and would never agree to an airstrike targeting their ally Assad. A report by the research services of the Bundestag, Germany's parliament, also rejects the argument by the British and the French that the retaliatory strike in April was a kind of humanitarian action to prevent further chemical-weapons attacks.

According to a leading decision by Germany's top court in Karlsruhe, the German armed forces could take part in foreign deployments as part of an alliance like NATO or the EU, in other words, a "system of collective security." A hastily assembled coalition of the willing, no matter how big it might ultimately be, doesn't fulfill these requirements.

Merkel and von der Leyen can therefore only hope that Assad and Trump aren't serious. And they know that the pressure from the Americans won't subside. At the end of the week, James Jeffrey toured through Berlin, speaking with high-ranking officials in the Foreign Ministry.

The U.S. Special Representative for Syria Engagement is a seasoned diplomat and has served as ambassador in Iraq in his decades-long career. Jeffrey also knows Germany quite well, speaks fluent German and is well versed in the debate regarding German participation in the Iraq war.

On this issue, the representative spoke quite directly: "The best way to support us is not with a speech, but with military support," he said. "Washington will ask the question when the British and French are with us -- why aren't the other NATO members?"

Jeffrey explained the issue is also a question of America not acting alone. That was a big domestic problem during the Iraq War in 2003, he said, noting that it helps if others offer support. That is "why we are looking for as much support as possible -- because the retaliatory strike will be bigger than last time."

He finally referred to the Prussian strategist Carl von Clausewitz: "Every act of war is ultimately political, we learned that from a German." 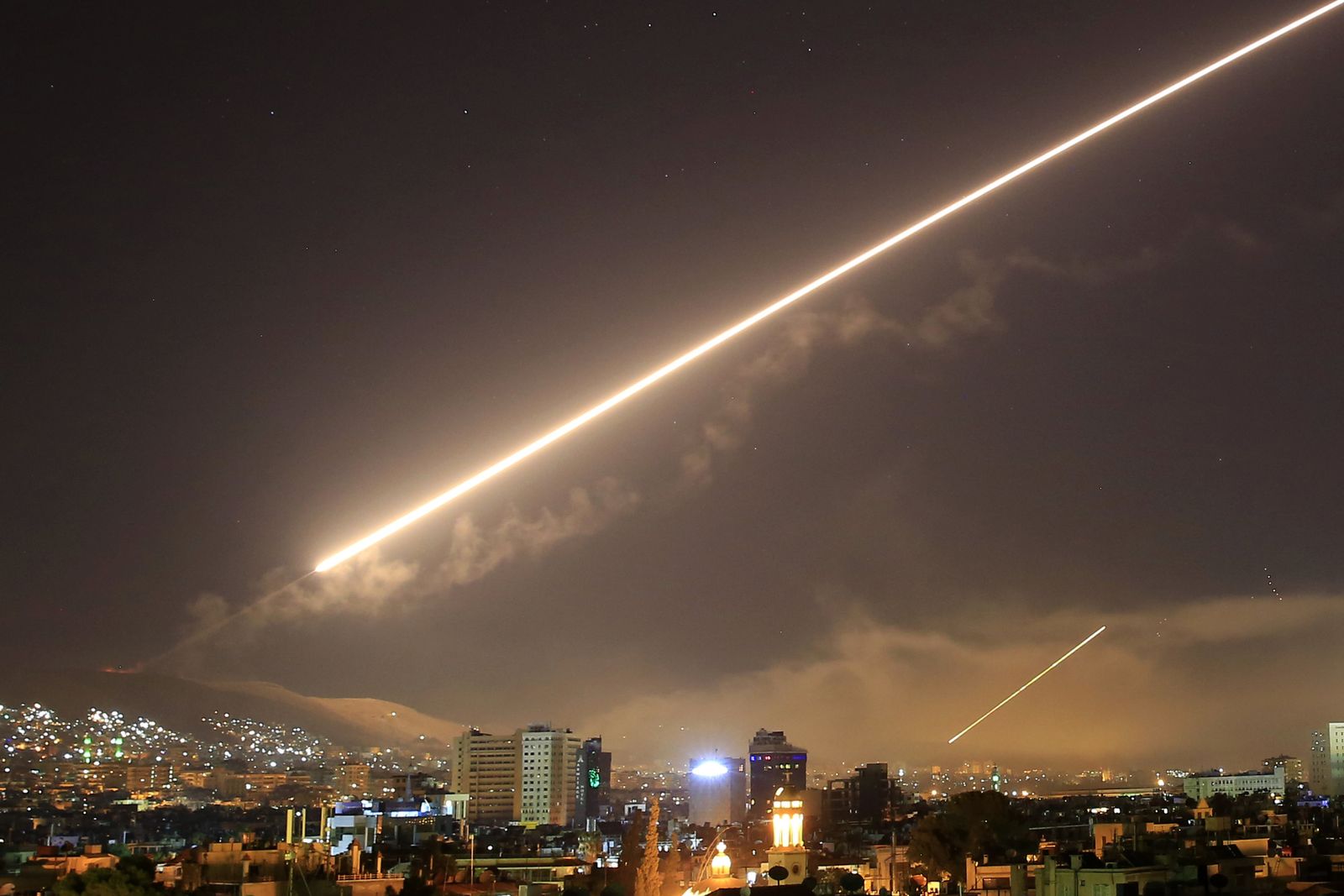 Anti-aircraft fire over Damascus in April 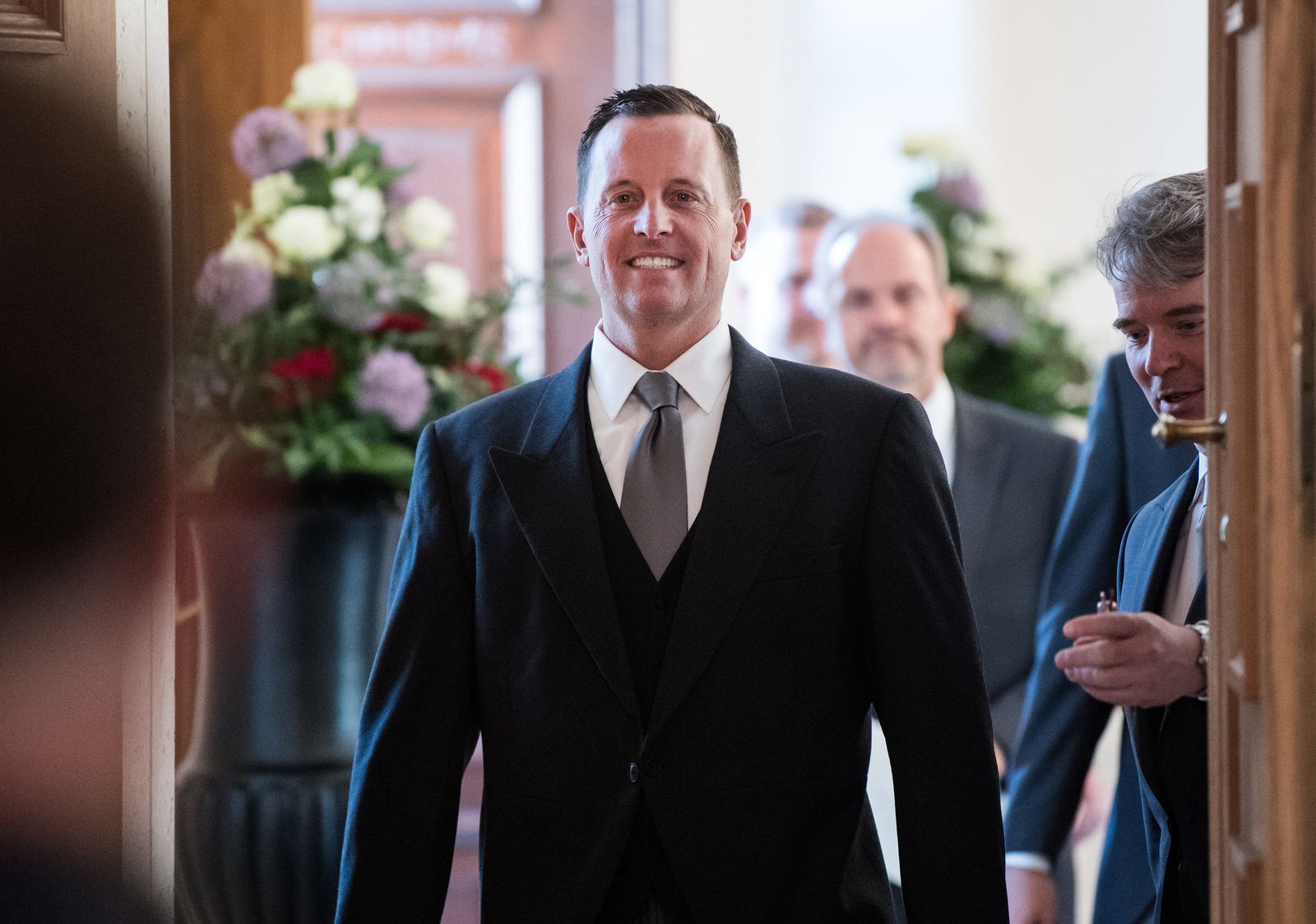 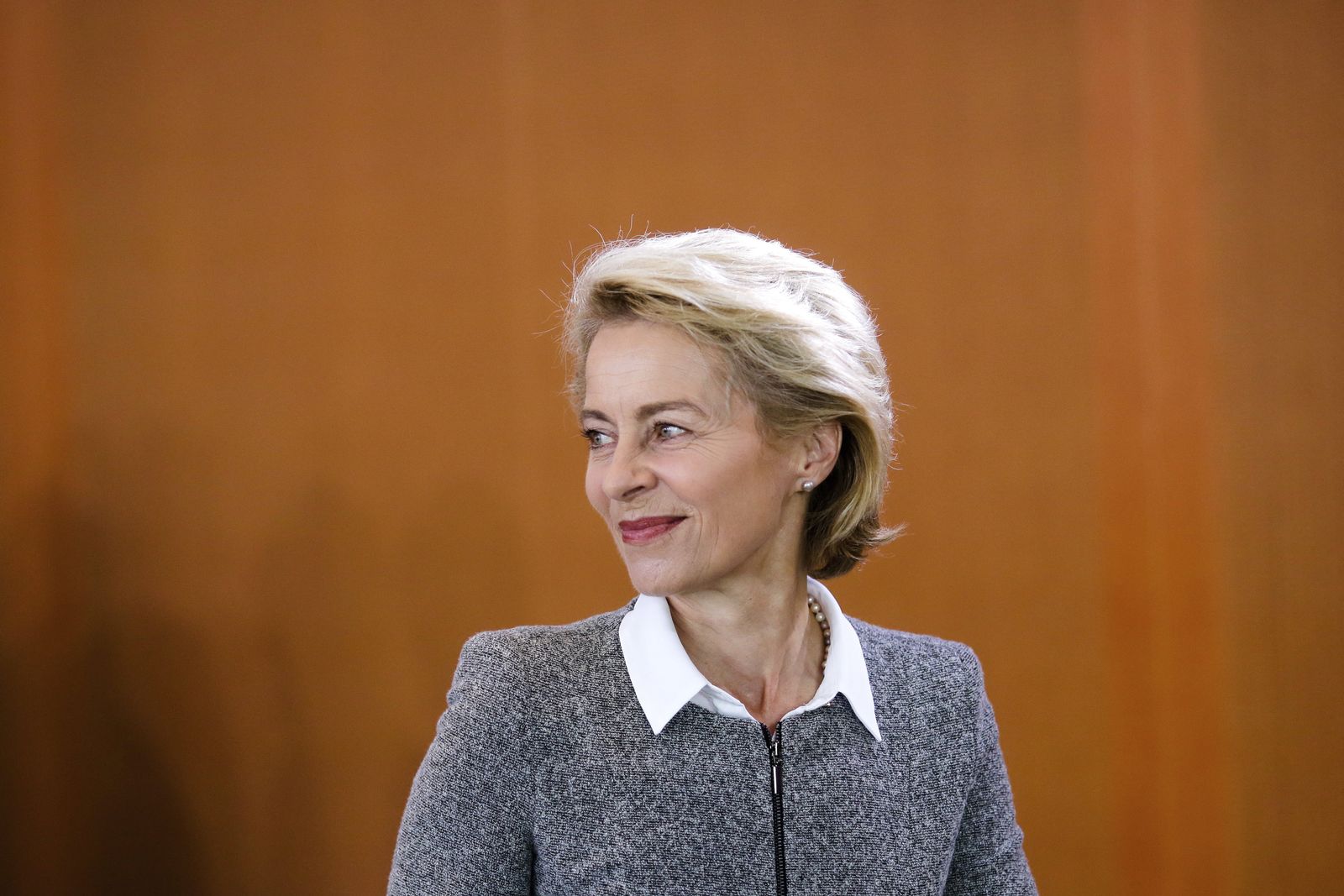