Respirators provide emergency breathing assistance to patients running out of oxygen. Martin Schulz is currently playing the role of respirator for German politics. He is invigorating democracy, regenerating long-absent excitement for his party, the Social Democrats (SPD), and fueling hopes of a change in government. After 11 years, there is finally a realistic alternative to Chancellor Angela Merkel, who seems so tired and listless recently that it looks as though even she thinks it has been too long.

We are experiencing a shift. Germany is transitioning from a period of political demobilization to one of mobilization, and that is good news. Merkel never wanted the German people to become particularly active politically. Instead she sought to calm people, assuage their fears and lull them to sleep -- to deprive democracy of political oxygen in the form of debates, emotion and ideas. Voter turnout fell.

It was Merkel herself who put an end to this period of torpor with her refugee policies, and the mobilization period began. The right-wing populist Alternative for Germany (AfD) party quickly became a recepticle for fears, resentment and disappointment and the debate became more lively if, at times, unsavory. Suddenly, democracy was enlivened, as if awakened from a deep sleep - but most of the action was on the far right -- and liberal democracy fell into crisis.

Thanks to Schulz, Germany is now experiencing a shift within the shift. His candidacy is ushering in the second phase of mobilization, this time at the center of society and on the left wing. The enthusiasm he has sparked has long been missing. Schulz, of course, isn't particularly charismatic nor is he a bright beacon of light personifying the anti-establishment. On the contrary, he has played a significant role in the European Union, and in the German SPD party, for years. He's just as down to earth as Merkel -- more traditional than avant garde.

What differentiates him most from Merkel is his passion. Schulz has a true passion for Europe and he has always fought passionately on behalf of this challenging project. And it's a safe bet that he will also approach other projects with the same kind of passion. Merkel, on the other hand, who has always been reserved in her statements, appears burned out these days. She made two appearances to announce her 2017 chancellor candidacy - once on her own and one last week together with Horst Seehofer, the head of the Christian Social Union, the Bavarian sister party to Merkel's Christian Democratic Union with which it shares power at the national level. Seehofer famously delayed his party's endorsement of Merkel's candidacy in protest over her refugee policees. And Merkel looked tired, even exhausted, during both announcements and had trouble making clear what she actually wants to do with a fourth term in office.

Given that voters should be able to expect a chancellor to show enthusiasm for her work, both appearances were a disgrace - also for democracy. Who wants to become politically active when even the German chancellor makes such uninspired appearances?

Schulz is also a gift to the Social Democrats because the party finally has a person in place who shows an unwavering desire to be in power. The party's chancellor candidates in the last two elections -- Frank-Walter Steinmeier (2009) and Peer Steinbrück (2013) -- all appeared for various reasons to be inhibited, hesitating and skeptical. Sigmar Gabriel, who recently stepped down as party chief and had initially planned to run as the SPD's chancellor candidate, exhibited the same characteristics. It didn't feel right and voters noticed.

Fresh and Hungry for the Job

Schulz, in contrast, appears to be as fresh as he is hungry for the job, and SPD voters seem to like him. When a candidate and a party can succeed in coming together like that, then it is a win-win situation for democracy - because it presents a real alternative.

So far, Schulz has been drumming up voter enthusiasm based entirely on his personality and has yet to offer any concrete political proposals. Ultimately, of course, that will have to change. There are, after all, two stages in the way people react to surprises like Schulz's candidacy: with emotion first, but then with questions, with rationality. Schulz is still enjoying the first stage, the more pleasant one. But once the cheering dies down, he will have to come forward with his plans for Germany - the refugee policies he will pursue, how he actually plans to achieve the fairness he has been touting and whether or not new laws are needed for domestic security in response to the risk of further terrorist attacks.

When he does, it's likely he will put some people off. Besides, in politics, contradictions, inconsistencies and affairs are always lurking somewhere around the corner. Schulz still has to demonstrate whether he is appropriate for the job.

Paradoxically, Merkel's hopes lie partially with Donald Trump. If his administration continues to stumble, or if things get even worse, then German voters may begin thinking that Merkel, with her steadfastness and experience, might be the better choice for chancellor after all. German life would continue to live with a limited supply of political oxygen.

At this juncture, however, it's not the ultimate winner that matters most. What counts right now is that, after two extremely lackluster election seasons, we are looking at the prospect of an exciting campaign. A democracy isn't just about results - it's also about how we get to them, the process. A good, passionate election campaign could help to free liberal democracy from its current state of crisis. 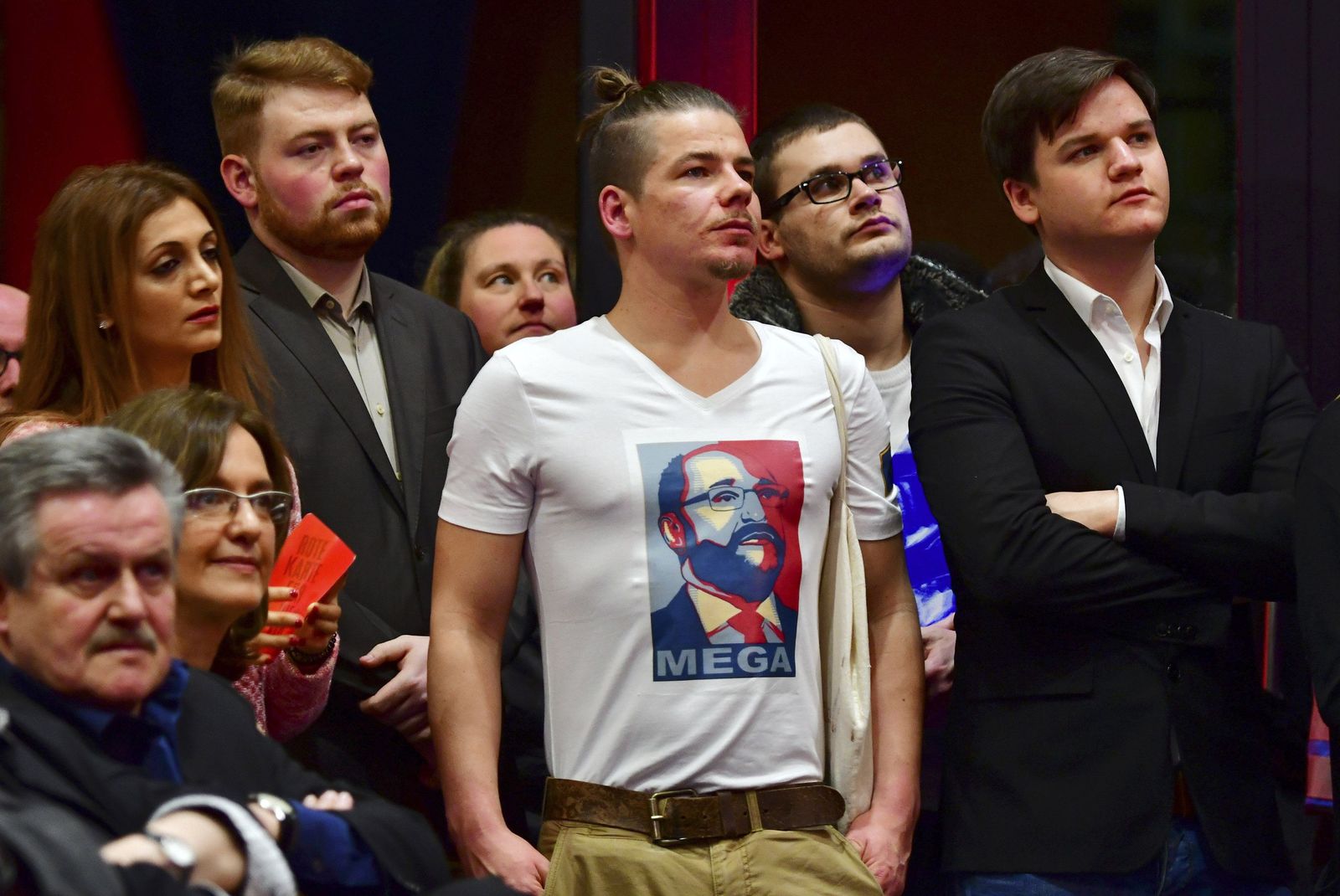 Crowds have been flocking to political appearances by Martin Schulz. 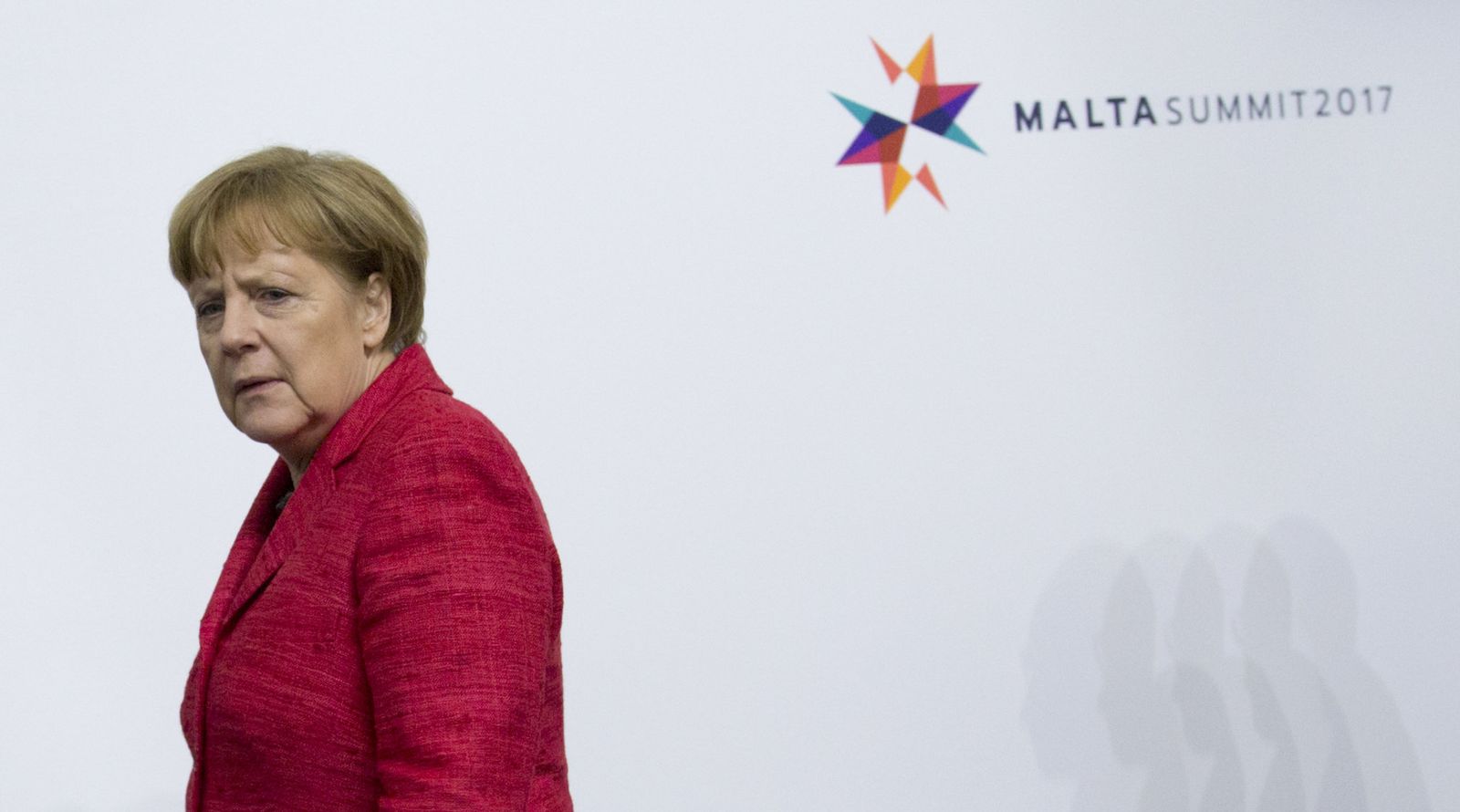 After more than 11 years on the job, Merkel is fatigued. Voters have also become tired.