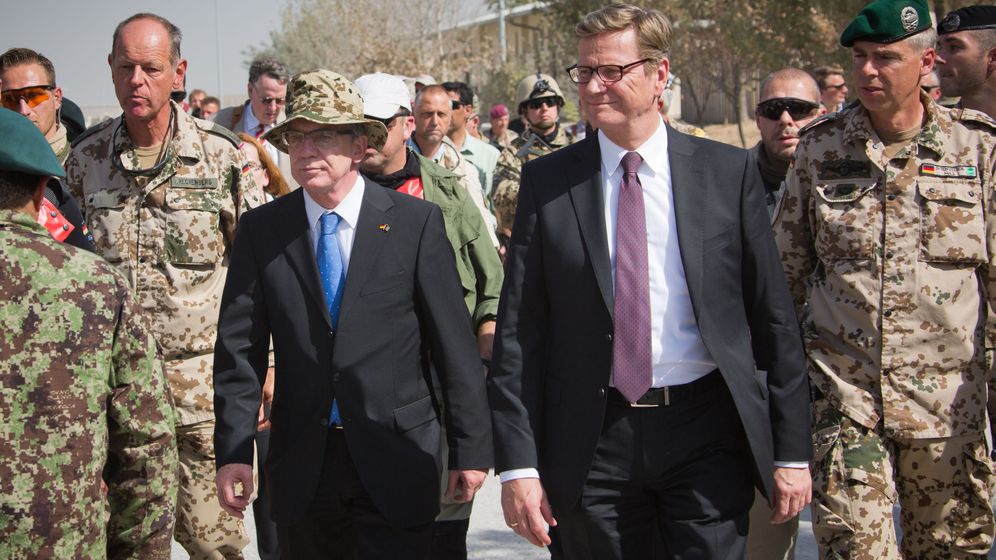 Thomas de Maizière and Guido Westerwelle have traveled to Afghanistan frequently over the past few years, but never together. On Sunday morning, however, Germany's defense and foreign ministers both landed in Mazar-e-Sharif in the north of the country before heading to Kunduz.

In a solemn ceremony, they handed over the second largest German base in Afghanistan to local security forces. After ten years, the deployment of German soldiers in the most dangerous part of northern Afghanistan has come to an end.

De Maizière, a member of Angela Merkel's center-right Christian Democratic Union (CDU), described the mission of Germany's Bundeswehr armed forces in Kunduz as a turning point for the entirety of German society.

"Kunduz -- this is for us the place where the Bundeswehr fought for the first time, had to learn how to fight," de Maizière said. "Even though the Bundeswehr leaves Kunduz today, we will never forget this place."

The Bundeswehr has been heavily affected by Kunduz, he added. "Here we built and fought, cried and consoled, killed and died," the defense minister said.

The last German soldiers will leave the camp by the end of the month, but Westerwelle, from the business-friendly Free Democrats (FDP), stressed that the German engagement in Afghanistan had been worthwhile and would continue. "Much has improved in Afghanistan, but everything won't be good for a long time," he said. "We are not turning our backs on the people of Afghanistan." German involvement in the Hindu Kush is taking on a civilian rather than a military character, he added, but there is still a need to remain calm when faced by setbacks.

There are currently about 4,000 German soldiers in Afghanistan, of whom about 900 are in Kunduz. After they leave the camp, it will be used by the Afghan army and police. The only remaining Bundeswehr presence in northern Afghanistan will be at its headquarters in Mazar-e-Sharif.

The German politicians' Afghan counterparts, Defense Minister Bismillah Khan Mohammadi and Interior Minister Omar Daudzai, also took part in the handover ceremony. De Maizière and Westerwelle traveled to Afghanistan together for the first time to emphasize the importance of the transfer of the camp.

It will likely be one of Westerwelle's last major acts as foreign minister. Following the ousting of the FDP from the Bundestag, Germany's lower house of parliament, after it failed to surmount the 5 percent hurdle for representation in last month's election, he will only remain in office until a new government is formed.

Massive security precautions were taken during the ceremony. Afghan soldiers and police officers were only allowed to take part with unloaded weapons because of the history of attacks by rogue members of the Afghan security forces on the NATO-led International Security Assistance Force (ISAF). Three German soldiers were shot by a local soldier at a Bundeswehr camp in the province of Baghlan in 2011.

The closure of the camp in Kunduz is an important milestone in the Bundeswehr's withdrawal from Afghanistan. NATO's mission expires at the end of next year, although a smaller follow-up mission called "Resolute Support" is planned for which Germany will provide up to 800 soldiers.

The security situation in Kunduz remains tense and has worsened again in recent months. Overall, the Bundeswehr mission in Afghanistan has so far cost 54 soldiers their lives, with 35 killed in action. Most of the casualties occurred in Kunduz and the neighboring Baghlan province. The heaviest fighting in the Bundeswehr's history took place in Kunduz on Good Friday in 2010, when a Taliban ambush killed three German soldiers. 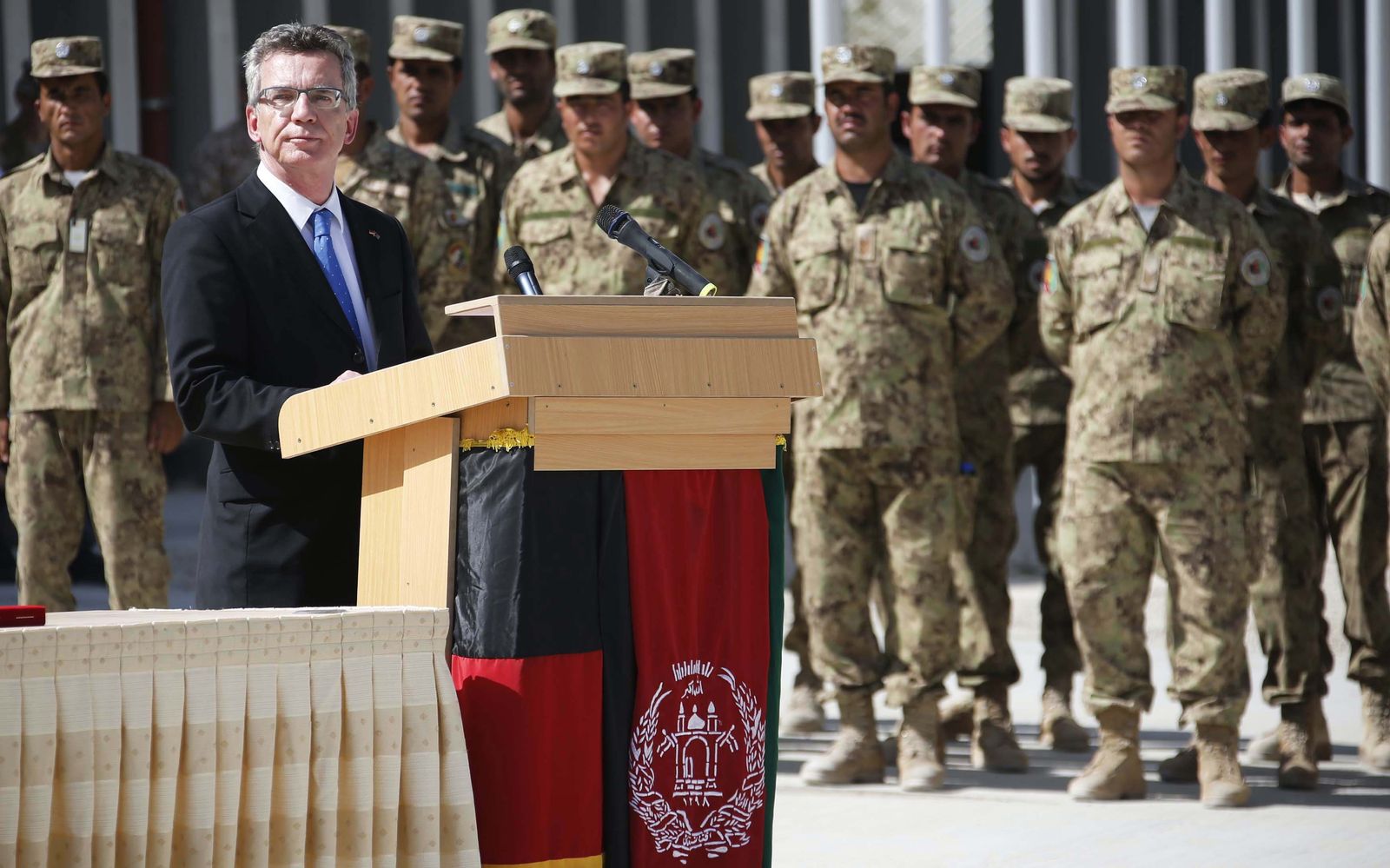