US president-elect Donald Trump has long accused China of being a rogue state on the global economic stage. He has blasted the country for allegedly destroying huge numbers of American jobs with its exports and he says he is planning punitive tariffs in retaliation.

This kind of trade policy bluster coming from the newly elected president is generating unease in Berlin. The German government is concerned that Germany could soon fall into Trump's sights as well.

There are plenty of reasons for that. Germany's current account surplus has never been as high as it is this year and never before has that surplus represented such a significant share of the country's gross domestic product. Making matters worse is the fact that the US is the largest consumer of German exports.

According to German government calculations from October, the current account surplus is set to climb to 8.9 percent this year, which would be larger than ever before and higher even than China's. Such a surplus comes about when a country produces more than it consumes and receives more revenues from overseas than it invests.

As high as it is, though, the current surplus is likely to continue growing. The recent fall in the euro's value relative to the dollar following Trump's election makes German products and services even more competitive. And many economists believe that the value of the dollar will continue to climb, which means that the value of the euro against the dollar will shrink correspondingly. Their predictions are based on recent indications that Trump's announced economic stimulus policies will push up both America's sovereign debt load and its interest rates.

Experts at Germany's central bank, the Bundesbank, and at the European Central Bank have calculated an even higher current account surplus for Germany in a forecast to be released in two weeks. Accordingly, Germany's surplus will exceed 9 percent for this year -- and perhaps by quite a lot.

Never before has a large, mature and prosperous economy like Germany's produced higher surpluses. Such values tend to be seen in emerging economies, which leverage their competitive advantages -- such as low wages -- to achieve prosperity via exports.

Previous US governments have long found such imbalances to be a chronic nuisance and Germany has frequently been accused of improving its own economy on the backs of its international partners. Instead of buying products from abroad, critics say, Germans prefer to save. And the country keeps wages down to protect jobs. The consequence, they say, is that Germany floods the world with its goods, adding that the country doesn't just export cars, appliances and industrial machinery, but also unemployment.

It seems likely that Trump's administration will ultimately turn its ire on Berlin and experts in both the Finance Ministry and the Economics Ministry are preparing for a possible new trans-Atlantic front in what has been an ongoing conflict with its European neighbors.

Indeed, Germany has had plenty of opportunity in recent years to formulate its counterarguments. The Economics Ministry, under the leadership of Merkel's vice chancellor Sigmar Gabriel, recently presented a sweeping rejection of the widespread criticism. The argument holds that Germany's surplus would be much lower if both the euro and oil weren't so cheap. Such temporary factors "likely account for around a third of Germany's prevailing current account surplus," they wrote in a recent report. In other words, once the euro gains strength and oil prices go up, the surplus will shrink on its own.

The Economics Ministry report claims that conservative collective bargaining agreements play less of a role. Relatively low wages make German products more affordable in addition to suppressing domestic demand, which reduces the number of imported products sold in the country. But the report says that conservative wages in the past "have relatively little effect on the current account balance." Plus, the report continues, such effects wane as wages climb, as has been the case more recently.

Other causes, by contrast, are longer lasting. The report notes that an aging society, like Germany's, tends to focus more on saving money for retirement, which dampens consumption. Up to 3 percent of Germany's surplus can be traced back to that phenomenon, the report claims. Furthermore, Germans often invest their saved money in the US, thus making money available to the Americans with which they can buy German products.

Such capital exports continue to increase the current account surplus in subsequent years as well. The money from Germany tends to be invested in long-term securities such as company or sovereign bonds. Yields from these investments are then wired to Germany, which increases the surplus further. Around 2 percent of Germany's current surplus is attributable to this effect, according to the report.

Only about 1 percent of Germany's current account surplus, the German Economics Ministry report posits, is the result of economic policy decisions over which the government in Berlin has control -- by investing more money in the country's infrastructure, for example, or lowering taxes. The report arrives at the conclusion "that the vast majority of Germany's current account surplus is the product of market economy processes and decisions of market participants, both domestically and abroad."

In other words, German politicians can't do much about it. The question, however, is if Trump will agree. 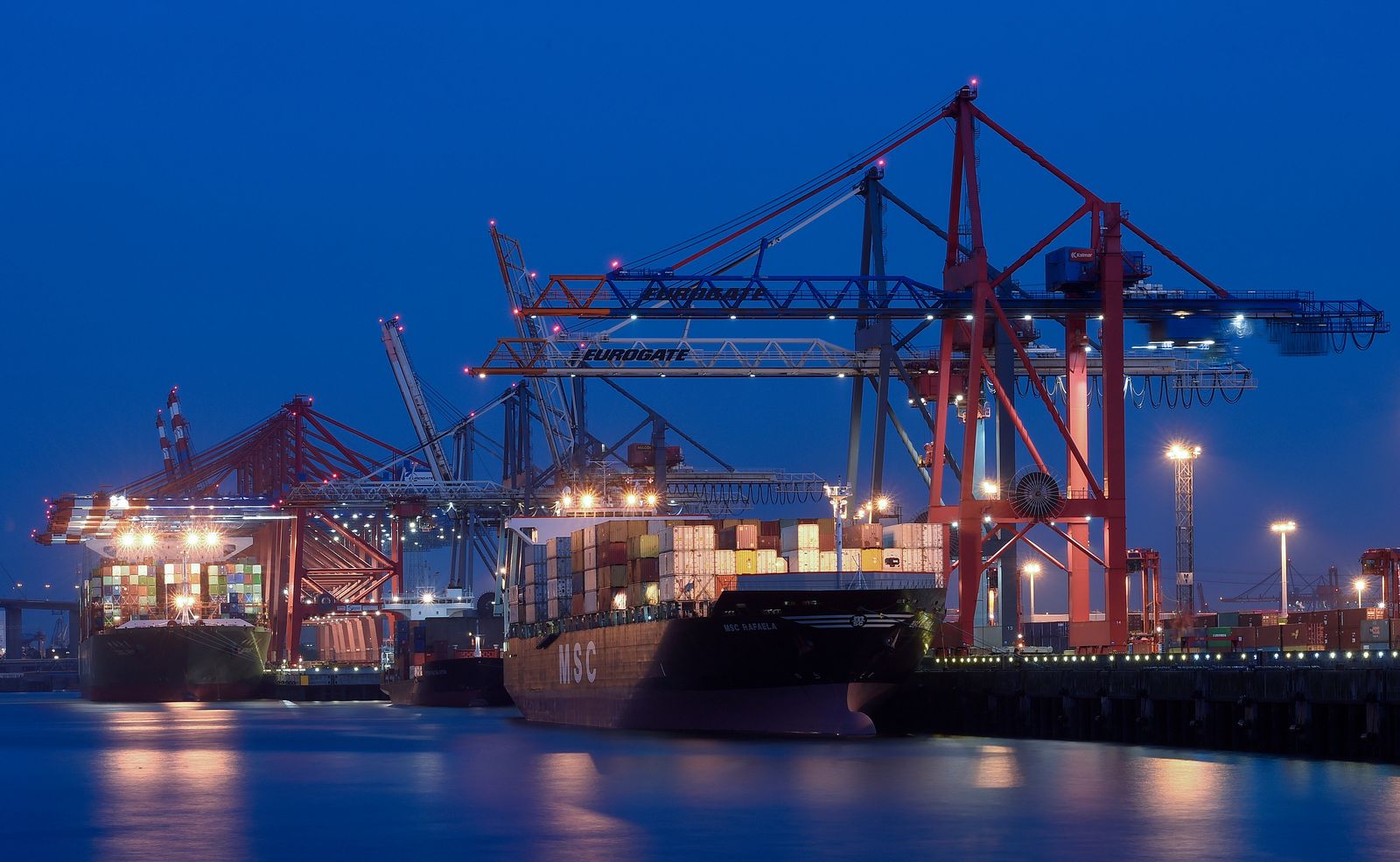 Containers being loaded onto a ship in the port of Hamburg