Germany has put the brakes on plans to use hydraulic fracturing, commonly known as fracking, to extract natural gas in places where it is difficult to access, such as shale or coal beds. Environment Minister Norbert Röttgen and Economy Minister Philipp Rösler have agreed to oppose the controversial process for the time being, SPIEGEL has learned.

Sources in the German government said that the ministers were "very skeptical" about fracking, which injects chemicals as well as sand and water into the ground to release natural gas. "There are many open questions which we will first have to carefully examine," Rösler told close associates.

With their stance, the two ministers are opposing plans by energy companies to use the fracking process to tap into deposits of natural gas in shale, especially in northern and eastern Germany. In order to access the gas, the shale needs to be fractured using a mixture of hot water, sand and chemical additives, some of which are poisonous. Environmental groups reject the use of the technology, saying that the chemicals used can contaminate drinking water.

Last week, the energy giant ExxonMobil presented a study by the Helmholtz Center for Environmental Research, in which researchers expressed their support for test drilling in the states of Lower Saxony and North Rhine-Westphalia.

Local environmental groups in the affected regions have already got into gear, setting up citizens' initiatives to collect signatures for petitions and organize protests in a bid to block the fracking plans. Activists fear that the chemicals could pollute the local groundwater.

Fracking has been widely used in the US, where production of natural gas has sharply increased in recent years as the use of hydraulic fracturing becomes more widespread. Earlier this month, President Barack Obama's administration unveiled new regulations to improve transparency on the chemicals used during fracking on public land. 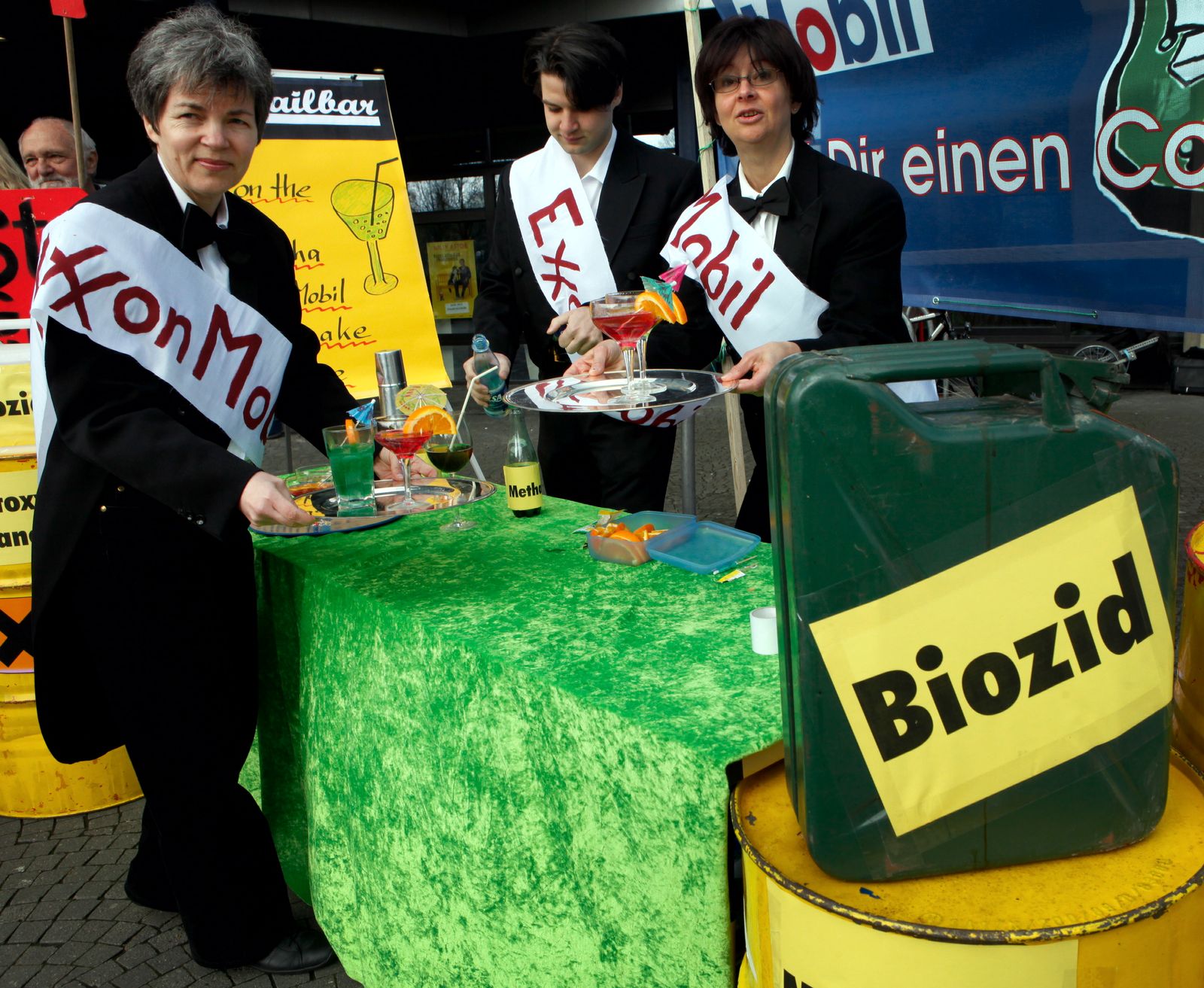 Activists from the Attac group in Lower Saxony offer lurid cocktails to highlight the potential environmental risks of the fracking process.