Germany's animal protection agency has criticized the plethora of animals being used as oracles in Germany and across Europe to predict the outcome of matches in the European Championship.

The global fame of Paul the Octopus, who correctly predicted the outcome of Germany's eight 2010 World Cup matches -- a chance of one in 256 -- has spawned innumerable copycat attempts to find an animal with similar forecasting abilities. Paul unfortunately died of old age in October 2010.

"It's too much, almost every dog and pig in the country being made into the next oracle," Marius Tünte, spokesperson at Germany's Animal Protection Agency, told SPIEGEL ONLINE. "They are trying to use the spectacle to achieve fame."

Tünte said using animals as oracles is akin to forcing circus elephants to do handstands or putting chimpanzees on television. "We as a society should be careful not make entertainment at the cost of our animals," says Tünte.

While Tünte points out that most of the oracles are not really being harmed, some of this year's would-be prophets are being used in "tasteless" ways.

A Python With Two Live Rats

The agency has a particular problem with Ado, a python given the choice between two live rats for the German radio station bigFM. "Unnecessary suffering is being inflicted purely for the sake of enjoyment," the group writes on its Facebook page about bigFM's python predictor.

With the European Championships now well under way, false prophets are being abandoned by their owners, German daily Die Welt warned in a front page article on Tuesday. The newspaper claimed that some animals who had incorrectly predicted Germany's matches were being left at highway rest stops or sold on eBay.

While several animals have correctly predicted all four matches Germany has played so far, none has come close to Paul's fame yet. Of the 10 animalsthat SPIEGEL ONLINE has been tracking, four have perfect records: Nelly the elephant, Emma the pig, Ferret and Mörmel the otters and Xaver the bulldog.

The much- hyped Yvonne the cow, however, who already achieved fame by avoiding slaughter after 98 days on the run, has yet to make a correct prediction. 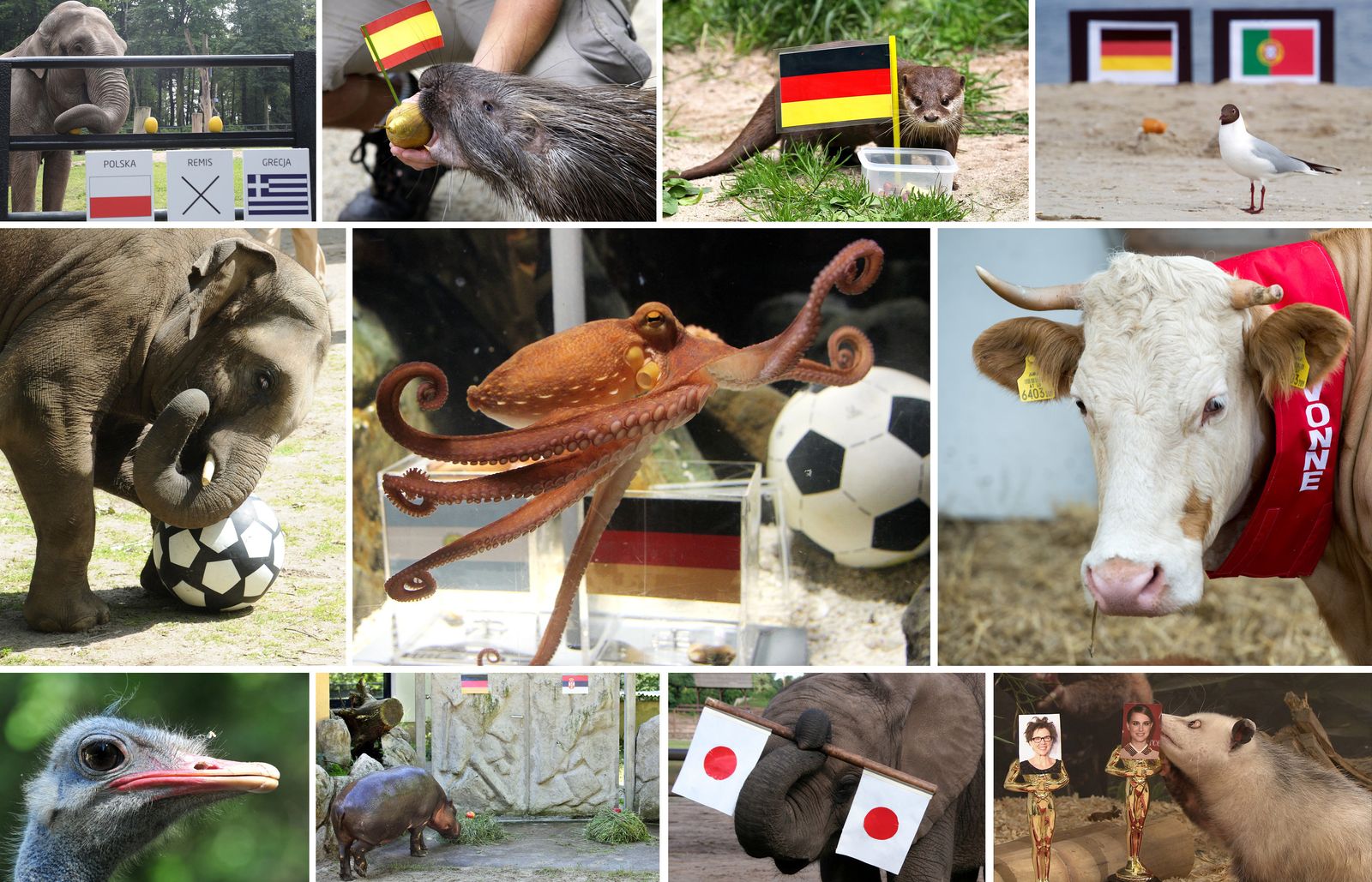 Animal owners across Germany are trying to repeat the success of Paul the Octopus (center) by becoming the next football oracle. Germany's animal protection agency is not pleased.