SPIEGEL ONLINE: Father Siebner, after years of silence, numerous victims of abuse at Catholic schools and institutions are now taking the risk of speaking publicly about their experiences. Accusations have now been registered in 20 of the 27 German dioceses. Can one still speak of regrettable, isolated incidents, as some Church representatives continue to do?

Johannes Siebner: Behind each individual case there's an individual fate. That's why we must speak of individual cases, in order to be fair to the individual victims. At the same time, we must examine whether there is a system behind these individual fates, or a systematic or systemic culture of looking the other way and willful ignorance in our institutions.

SPIEGEL ONLINE: So is the abuse systematic?

Siebner: The Catholic Church is not a criminal organization. Anyone who claims that is going too far. The fact that the victims were children is attributable to the location and time of the crime as well as to specific priests or their bosses -- as is the fact that their pain and injuries weren't seen and people looked away. But there doesn't appear to be any connection or agreements between the perpetrators -- at least not in the cases at the Canisius school in Berlin or ours in St. Blasien. But to only speak of individual cases would trivialize the issue. The victims don't see themselves merely as victims of individual perpetrators.

SPIEGEL ONLINE: So we are discussing an atmosphere that fostered abuse. Psychologists say that the intimate environment of a boarding school, combined with the closed-off world of the Church, can cause these things to happen more easily. Do you think that's correct?

Siebner: Is it really that simple? Your question is suggestive. The incidents at St. Blasien happened during normal school operations and weren't necessarily connected to our boarding school. I don't have any statistics and I am no expert, but my impression is that there is a danger in boarding schools because relationships can have a hermetic element to them, because team spirit can be a temptation and because the role of the educators is constructed as -- and must be -- one where absolute trust is placed in staff. But none of that is an argument against boarding schools, in the same way that it is not an argument against the institution of parenting.

SPIEGEL ONLINE: The abuse is often played down -- most recently by Austrian auxiliary bishop Andreas Laun of Salzburg, who told a German talk show host that similar cases happen in Protestant schools. Others have made the argument that abuse has also been perpetrated in groups like the Boy Scouts and atheletics clubs as well as within the family

Siebner: I don't pay attention to everything that is said, broadcast or published. But I am sad and skeptical when someone is successful in playing this down or distancing themselves from it. This negatively influences attitudes towards the victims. It also makes it more difficult to see things from the victims' perspective.

SPIEGEL ONLINE: Such attempts to divert attention away from the Church's own responsibility completely contradict your own views on how one must deal with the issue of abuse.

Siebner: Yes, indeed. The experience of victims has shown that the abuse isn't solely comprised of the act of abuse, but also the fact that the institutions have looked the other way.

SPIEGEL ONLINE: How can abuse and violence on the part of teachers against students be prevented effectively?

Siebner: We need to create a school atmosphere in which a child can cry out if he has been injured and where that cry will also be heard -- even if it is very quiet or very inconvenient. Such cries of pain are disruptive and are too quickly condemned as inappropriate. They disrupt the institution's functioning and damage its reputation. We must teach teachers and school staff to recognize when a child has been harmed.

SPIEGEL ONLINE: You are talking about a goal, but what can people do in concrete terms?

Siebner: We have to invest in schools' culture and we have to encourage people to take responsibility. At the end of the day, we need transparent structures and procedures that are reliable and do not just exist on paper. A student body should also have a say. We need independent bodies that students can turn to.

SPIEGEL ONLINE: Do you think that should also include cooperation with local officials or the demand that teachers must bring a certificate of good conduct with them when they join a school?

Siebner: I don't have anything against a certificate of good conduct -- because we can use them to address issues. Last year, for example, we sent a teacher on an exchange program to England, where he was supposed to sleep at a boarding school. I had to fill out a form about him that was several pages long, and he had to present a certificate of conduct. At first I thought that was excessive. But then I realised that this is a sensitive area and the issue is being taken seriously. But one also cannot have the illusion that this is sufficient protection. But it does foster trust because it means the issue gets discussed.

SPIEGEL ONLINE: Have you called in the teachers at your school to question them about abuse?

Siebner: No, and I will not do that. That task has been assigned to me, in particular regarding the past 10 years

SPIEGEL ONLINE:  because of the statute of limitations

Siebner:  but I will not place 75 teachers under general suspicion. If there is no concrete suspicion, then I will not question my employees. What right do I have to do that?

SPIEGEL ONLINE: Regardless, thousands of parents place their trust in the education and moral values of religious private schools.

Siebner: I understand parents who want to have clarity and safety, and when they ask questions about this issue, I take them very seriously. But this is not a conflict that I can resolve. I can't just order every teacher into my office, give them 10 minutes and ask them the question: Have you ever touched small children inappropriately? I can not and do not want to place all parents under general suspicion just because of the fact that abuse occurs in some families.

SPIEGEL ONLINE: If you don't want to address it that way, then what is the most appropriate way of dealing with the issue?

Siebner: Even I don't have any ready-made solutions. Those who offer them too quickly generally only want to reassure the general public.

SPIEGEL ONLINE: You sound derogatory when you say "general public." But the reputation of Catholic private school has been shaken. You have to respond to that.

Siebner: But not with knee-jerk reactions or attempts at placation. Neither works, because it doesn't do justice to the victims. Of course I want to protect the school's reputation as well as that of the Church -- what kind of school director would I be if I didn't? But I have made a decision: My first priority is to put myself in the shoes of the victims. That's not always easy for me to do. My wish is to send a signal to every victim: I believe you, and I am thankful that you are talking. To be honest, on the second point I needed some time and it took a lot of strength. That is spiritually challenging.

SPIEGEL ONLINE: For years the abuse was covered up and kept quiet. Some victims were forced to sign non-disclosure agreements in exchange for compensation payments.

Siebner: I assume there were cases like that. The victims aren't making this stuff up.

SPIEGEL ONLINE: Should charges be brought in each individual case?

Siebner: What is a case? Where does abuse begin? It can't be addressed easily with sweeping answers. My astonishing experience has been that many victims wouldn't talk if charges were going to be immediately brought. At the same time, if I go too far in taking care of my employees and adopting the assumption that they are innocent, then I also risk silencing the victims yet again. The message then would be that I don't believe them. It's a real dilemma. The only solution I can really see to this is to have independent ombudspeople. 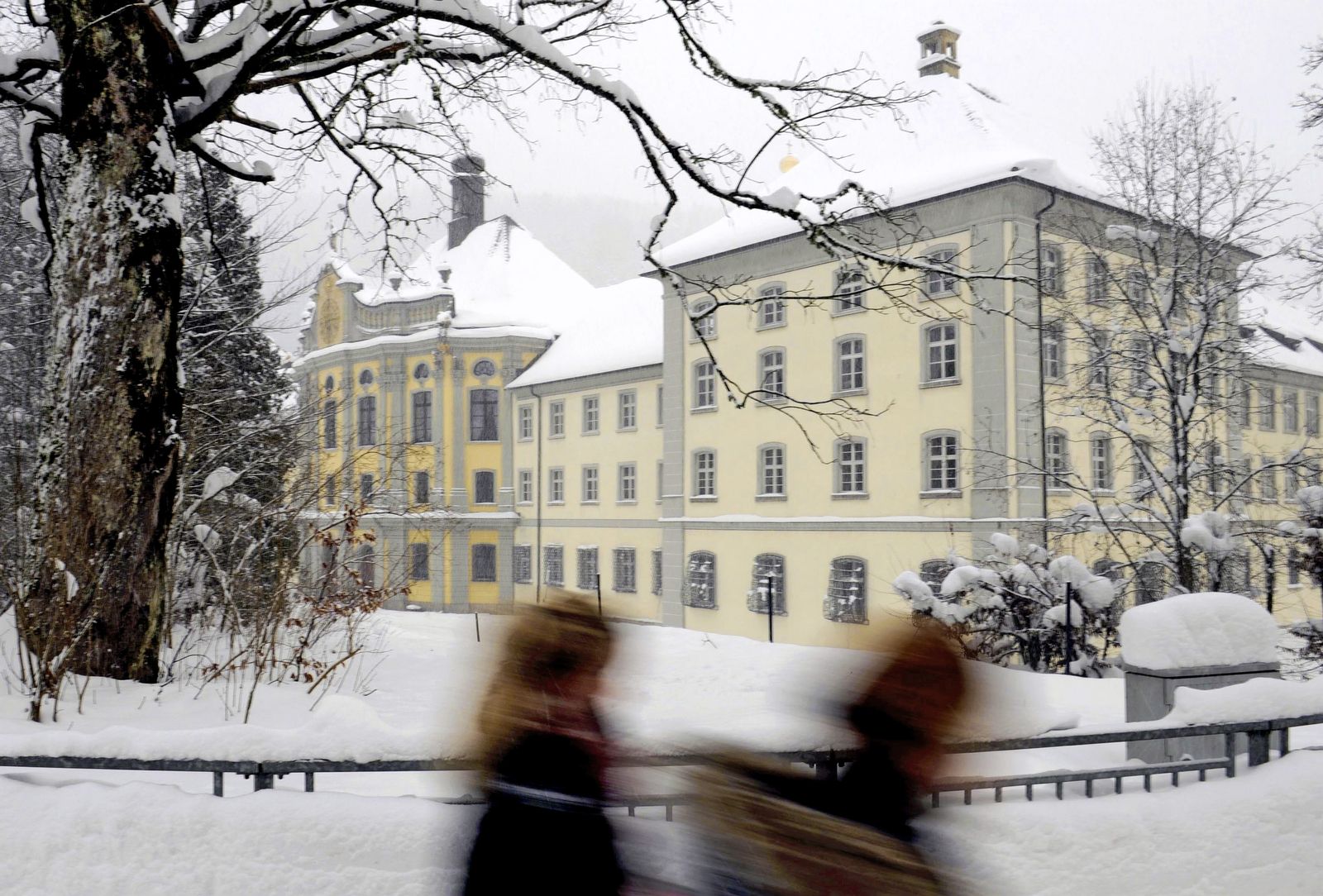 College St. Blasien: Has abuse of children become systematic in the Catholic Church?