Germany's conservatives have never been terribly coherent when it comes to immigration. Despite a stubbornly low birth rate and what many consider to be a developing need for skilled foreign labor, members of Chancellor Angela Merkel's Christian Democrats (CDU) have long been unwilling to roll out the welcome mat.

On Monday, the party once again made a less-than-fortunate foray into the immigration debate. Peter Trapp, a domestic policy expert with the CDU in Berlin, demanded in an interview with the mass-circulation tabloid Bild that would-be immigrants to Germany be given intelligence tests before they are allowed in.

"We have to establish criteria for immigration that really benefit our country," Trapp said. "In addition to adequate education and job qualifications, one benchmark should be intelligence. I am in favor of intelligence tests for immigrants. We cannot continue to make this issue taboo."

Trapp received support from Markus Ferber, a member of the European Parliament for the Christian Social Union, the CDU's Bavarian sister party. Ferber said: "We need a unified policy for Europe. Canada is much further along on the issue and requires that children of immigrants have a higher IQ than those born in Canada."

Their comments come just a month after numbers were released suggesting that Germany is not the first choice among those searching for a new home. In 2009, more people emigrated from Germany than arrived, marking the second year in a row that the country has shown a net loss, following a quarter century of net gains from immigration.

Ferber's contribution to the debate is also not strictly accurate. Canada has a points system for would-be immigrants. Those with high language ability, extensive job training and financial wherewithal are preferred, though there is no intelligence test component to the Canadian immigration procedure.

Germany has long been divided when it comes to immigration. Whereas the country saw millions of "guest workers" arrive in the country during the "Economic Miracle" in the 1960s and 1970s, many in Germany had trouble embracing immigration as a solution to the country's labor needs. Changing demographics have kept the debate alive, with many suggesting that Germany will have to open the gates to immigrants should it hope to keep its generous cradle-to-grave welfare system.

But previous efforts to increase immigration or even encourage highly qualified immigrants have proven controversial, particularly among Germany's conservatives. In the early 2000s, the government of then-Chancellor Gerhard Schröder -- from the center-left Social Democrats -- launched a program known as the German green card, which was meant to attract IT experts to Germany to counter a lack of domestically trained experts. The CDU was adamantly opposed to the plan, with Jürgen Rüttgers, then involved in campaigning for the governorship of Germany's most populous state, North Rhine-Westphalia, coining the unfortunate slogan "Kinder statt Inder!" -- "children instead of Indians" -- meant to indicate his preference for education over immigration.

CDU heavyweight Roland Koch found himself involved in a similar pre-election debate in his home state of Hesse in late 2007 when he demanded harsher penalties to control "criminal young foreigners." His comments contributed to his disappointing results in that election.

The CDU on Monday was at pains to play down the comments made by Trapp and Ferber. Given Berlin's focus on improving the integration of the country's immigrant population, Maria Böhmer, who has been tasked by Merkel with improving integration, rejected the call for intelligence tests.

Such comments do not promote "a culture of welcoming, which would do our country good," Böhmer said. "The demand for an IQ test for immigrants is absurd and does not demonstrate much intelligence." 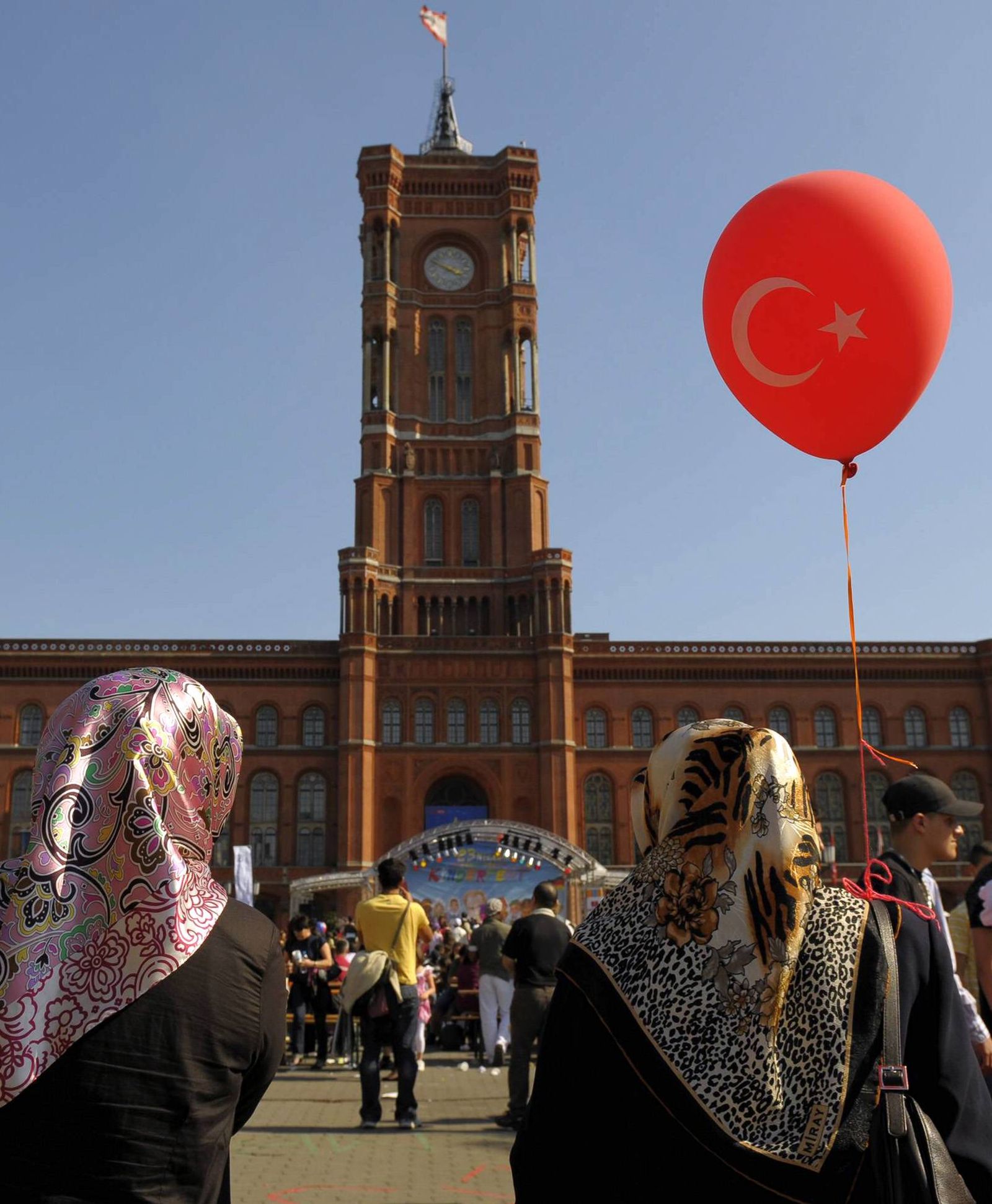 Two women of Turkish background attending a festival in front of the Berlin City Hall.