The German economy has grown so well in the last few months that a lack of trained professionals has become a political problem. But now the federal labor agency has an idea. Berlin, it argues, should focus on attracting qualified workers from debt-stricken eurozone countries like Spain, Greece and Portugal.

"There is huge potential in Spain, thousands of engineers are unemployed, including IT specialists," said Monika Varnhagen, director of the labor agency's Central Bureau for Foreign Jobs and Professions (ZAV), to Die Welt.

With 20 percent unemployment, there are around 130,000 people in Spain in need of work, according to an Europepan Union employment network called EURES, which helps with cross-border employment in Europe. No less than 17,000 Spaniards are reportedly open to working in Germany.

But Spain alone can't fill Germany's skilled-labor shortfall. Lars Funk, who leads a division of the Association of German Engineers, says the country needs a total of 73,000 engineers across all fields. "The shortfall is enormous," he says.

Varnhagen, from the ZAV, argues that Greece and Portugal could also send professionals. Portugal has a high number of nurses who would come to Germany, she says, and in Greece many doctors would be willing. Varnhagen adds that Bulgaria and Croatia (which hasn't yet joined the EU) also have potential for engineers, doctors and nurses.

The main obstacle is language. "German is difficult to learn," says Varnhagen, and it's no longer taught in so many schools around Europe. "Many highly qualified people learn English as a second language, so they go to English-speaking countries when they find no work at home."

German courses have already cropped up in Spain for people desperate for work. But Anglo-Saxon countries offer jobs as well as full benefits packages for people with families -- language instruction, a place to live, child care and sometimes a job for the spouse. "We could learn from these examples," says Varnhagen. "It's not enough to have attractive companies and products. The whole society must also be prepared to accept and integrate people from other countries." 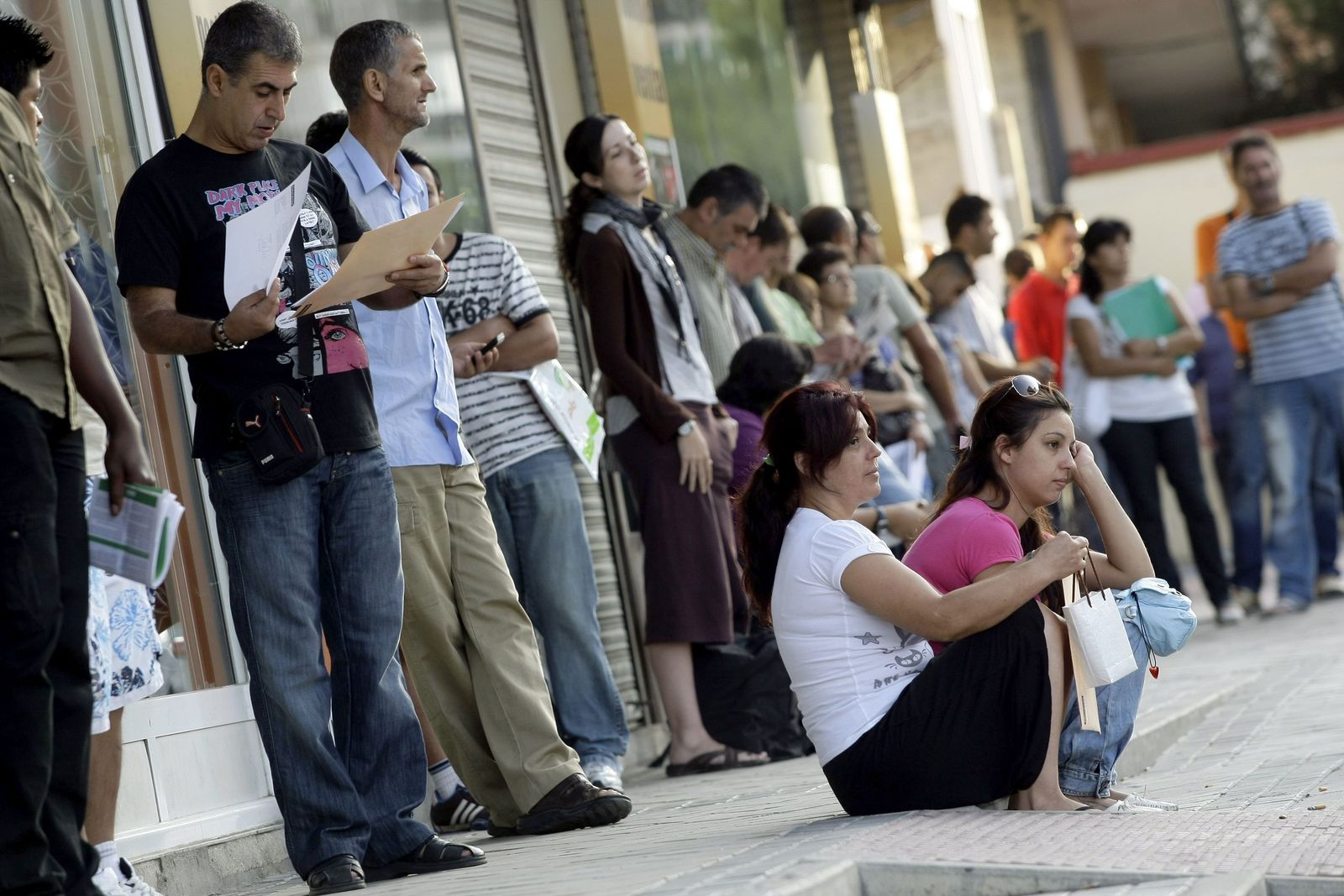 People lined up in front of an unemployment center in Madrid.