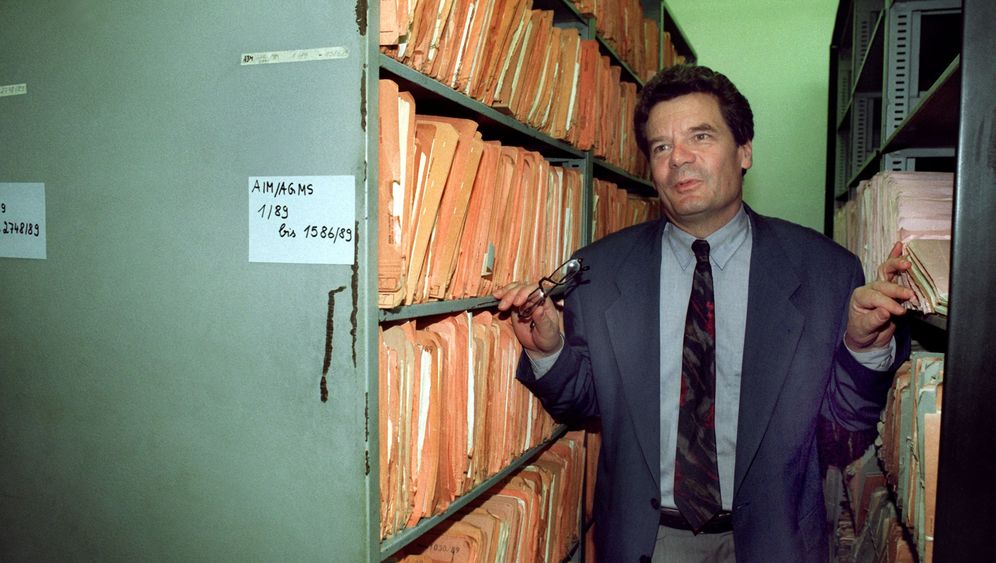 Joachim Gauck, 72, already came close to becoming Germany's president once before. Back then, in the early summer of 2010, a veritable Gauck hysteria broke out in the country after the center-left Social Democratic Party (SPD) and the Green Party presented him as their candidate for the country's highest office.

Some even called him a German Obama. The more desperately Chancellor Angela Merkel's Christian Democrats and her coalition partner, the business-friendly Free Democratic Party, clung to their candidate Christian Wulff, the greater the sympathy grew among the public for Gauck, a Protestant pastor from the eastern German state of Mecklenburg-Western Pomerania.

In the end, it took a full three rounds of voting in the Federal Assembly before Wulff was elected as president.

Between votes two and three, Gauck started to think for the first time that he might actually succeed in becoming president. When he ultimately lost, the pain was apparently far greater than he was ready to admit.

But Gauck lived in East Germany for long enough to know how to look at things in perspective. The pastor has long been separated from his wife, with whom he has four children. He and his partner, journalist Daniela Schadt, attended the 2010 presidential summer party to wish Christian Wulff and his wife Bettina all the best. Then he went on travelling across Germany, telling people about his struggle for freedom. He reminded them they also needed to do their part for the country -- that they needed to take responsibility.

Gauck himself had to wait almost 50 years to taste democracy. When he finally did, the theologian from the northern port city of Rostock soon became the head of the German authority that manages the files of the former East German secret police, the much-feared Stasi.

Gauck believes that democracy is a gift to humanity. It's a recognition that he attributes to his past living under a dictatorship. It's a secular message that the pastor has been repeating for years as a sort of traveling preacher of democratic values.

It already seemed strange to Gauck back in the summer of 2010 that Merkel didn't want him to become president. After all, the two had so much in common. The chancellor was the daughter of a pastor, she knows Gauck and the two hold each other in high regard. But Merkel's rejection of Gauck was easily explained: The decision was pure party politics. But that's not Joachim Gauck's world.

Of course, Gauck is no stranger to party politics. He got a crash course in that world while working as the first federal commissioner for the Stasi Archives after German reunification. The task of investigating Stasi crimes was a personal one for Gauck, whose own father was arrested by the East German secret police when he was a child. The post, which he held for ten years, earned him the nickname "Stasi Hunter" and sealed his reputation as a tireless pro-democracy advocate.

Gauck's aloofness from politics is one of the biggest reasons why he is so popular in Germany. When Gauck talks about democracy, he sounds almost noble, exuding none of the political pragmatism of leaders like Merkel of the conservative Christian Democrats, Sigmar Gabriel of the center-left Social Democrats (SPD) or other party bosses.

The chancellor knows this. His stature and storied past are part of the reason why she resisted the idea of Gauck as the next German president for years. It was a mistake on a par with her decision to ditch nuclear power after Fukushima. But Merkel knows that Gauck could become a thorn in her side.

From Gauck's new perch at Bellevue Palace, the president's office, he is likely to take the entire political class to task: The CDU, when they ignore citizens in their implemetation of policies. The FDP, when they put market interests before people yet again. The SPD, when they exaggerate their bank bashing. The Greens, when they get a little too self-righteous.

Expect Joachim Gauck to hold his own against them all. He's been through so many storms that he won't cave in as easily as ex-President Horst Köhler. And he won't be running after the jet set as Christian Wulff did.

Gauck will hold a mirror to the political parties and the people. Don't be surprised when he misses the mark occasionally. He's already asking people to cut him a bit of slack. At a news conference on Sunday evening, he already asked to be forgiven for making mistakes when he's finding his feet as president. After all, he said, he couldn't be expected to be "a Superman or a flawless person."