Supporters of nuclear power in Chancellor Angela Merkel's party want to extend the lifetimes of German nuclear reactors by 14 years on average beyond the planned phase-out by 2022, SPIEGEL has learned.

Under the plan, older nuclear power stations would stay up and running for less than 14 years and newer ones would be allowed to remain operational longer. The average extension by 14 years would be significantly longer than that envisaged by Environment Minister Norbert Röttgen, who had been aiming for an extension of between four and eight years.

The phase-out of nuclear power was decided by the center-left government of Social Democrats and Greens in 2002. Merkel's center-right government doesn't want to abolish the phase-out because nuclear power remains unpopular in Germany. But it wants to postpone it to have longer access to cheap nuclear power. Furthermore, only an extended reliance on nuclear power, the government believes, can safeguard the country's power supply and help Germany meet its obligations to cut CO2 emissions.

Röttgen, a member of Merkel's Christian Democratic Union (CDU) party, wants the extension to be as short as possible because that would add pressure on industry and the government to develop renewable technologies. But many in the CDU and its Bavarian sister party, the Christian Social Union, still favor nuclear power generation.

A decision on the length of the extension is due this autumn when the government will present its long-term plans for power generation. The number of additional years will reveal how quickly Germany wants to modernize its energy economy, and it will also decide Röttgen's own political fate. He is widely seen as a possible future chancellor, but he has alienated some in his party who accuse him of intellectual arrogance.

Merkel's own stance on nuclear power is, as so often, a mystery. In the coming months she will have to do something she doesn't like -- take a decision in which there could be winners and losers. The row could poison already tense relations within her coalition with the pro-business Free Democrat Party (FDP), and it could even threaten her austerity program because the lifetime extension will affect government revenues.

Röttgen's main opponents on nuclear power are in the CDU's parliamentary faction and in the CDU's regional organizations in the rich states of Baden-Württemberg and Bavaria, as well as in the Economics Ministry, which is run by the FDP. These are the people who want a 14-year extension.

Many have accused Röttgen of no longer working for this government but of having set his sights on the next one -- which he hopes will be a coalition of Merkel's conservatives and the Green Party. In effect, his critics suspect that he is using the nuclear issue to prepare his own bid for power.

The lifetime extension will be difficult for Merkel because it may require the approval of the Bundesrat, Germany's upper legislative chamber, where her coalition no longer has a majority since losing power in the state of North Rhine-Westphalia in an election there on May 9. There are conflicting opinions on whether the Bundesrat's approval will be needed, and this question may have to be decided by the Federal Constitutional Court.

Merkel needs to find the golden number -- the number of years that doesn't halt the development of renewable energies, that doesn't embarrass her environment minister, that doesn't trigger a rebellion by his opponents, and that doesn't get thrown out by the constitutional court.

Both she and Röttgen are currently on vacation, resting up for the coming battle. 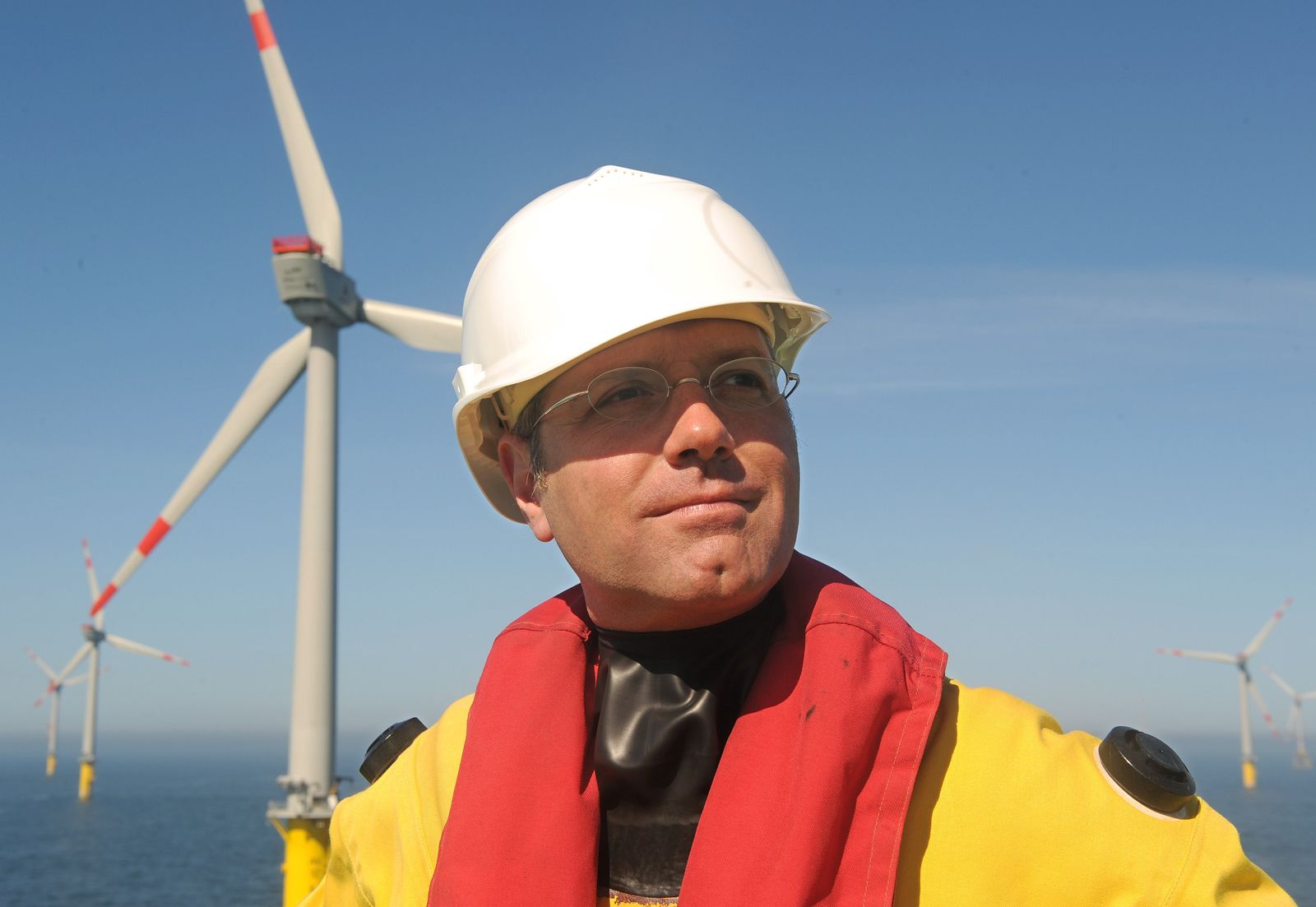