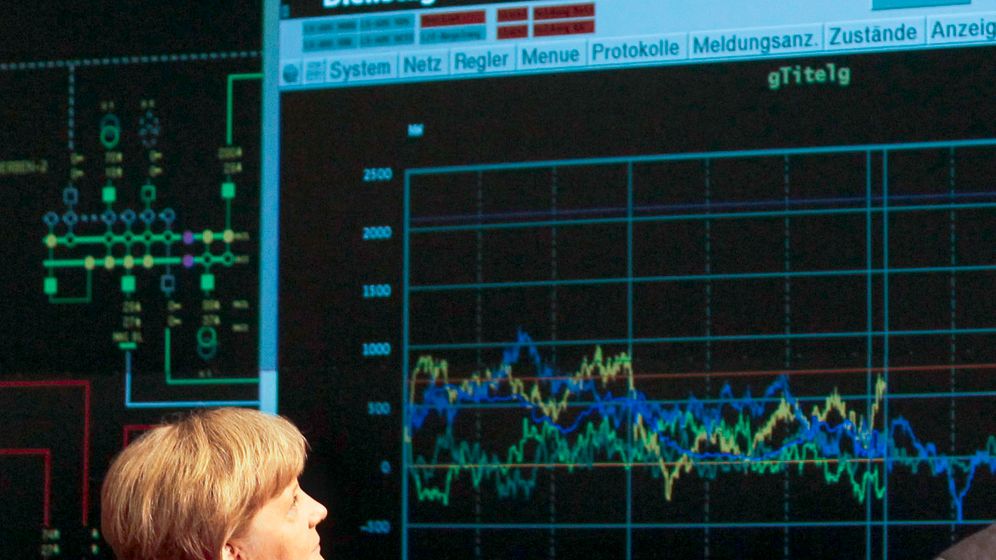 After two weeks, the first letter arrives. The second notice comes a week later. On the fourth week, the bell rings and a technician from the power company, Vattenfall, is at the door. He has a black toolbox under his arm and he means business.

Aminta Seck, 39, has been through this twice before. If she doesn't pay the technician at least part of what she owes the company, he'll disconnect her electricity, leaving Seck and her three-year-old son Liam sitting in the dark in their two-room apartment, without lights, a working stove, refrigerator or TV.

Electricity prices in Germany have risen by more than 10 percent since the current coalition of the center-right Christian Democratic Union (CDU) and business-friendly Free Democratic Party (FDP) took office. The price hike has been too much for some like Seck, an unemployed decorator from Berlin's Prenzlauer Berg district.

Left in the Dark

About 200,000 recipients of Hartz IV, Germany's benefits program for the long-term unemployed, had their power cut off last year because of unpaid bills, according to Paritätische Gesamtverband, an umbrella association for social movements in Germany.

The consumer protection organization for the federal state of North Rhine-Westphalia estimates that number to be as high as 600,000 per year. Ulrike Mascher, president of VdK, an interest group focusing on social justice, uses terms such as "fuel poverty" and a "blatant violation of fundamental social rights," when talking about the issue.

Meanwhile, the next price hikes are just around the corner. "The cost of electricity will rise, there's no question about that," says Jochen Homann, head of Germany's state-run Federal Network Agency.

The federal Economy Ministry calculates internally that prices will increase by between three and five euro cents per kilowatt hour within the next 12 months, in order to finance renewable energy subsidies and grid expansion. Those increases amount to an additional annual burden of between €105 and €175 ($130 and $220) for a family of three.

Consumer protection advocates and interest groups focusing on social issues blame the federal government for these increases. In particular, they say, the unchecked expansion of highly-subsidized photovoltaic installations is driving prices up, without the benefit of creating a commensurate increase in supply.

The CDU-FDP coalition itself has long wanted to cut back on funding for solar energy, but the Bundesrat -- Germany's upper house of parliament, which represents the individual federal states -- voted against the measure. It is unlikely lawmakers will reach a compromise on the issue before their summer recess this year.

More than a year has passed since the Fukushima nuclear reactor disaster in Japan prompted Germany's lower house of parliament, the Bundestag, to vote to gradually phase out the country's nuclear power plants, replacing them wherever possible with renewable energy sources. Yet it is only now that a serious discussion is beginning over the costs of the nuclear phase-out.

Chancellor Angela Merkel made the transition to renewable energy a top priority after dismissing her environment minister, Norbert Röttgen, last month, but essential questions remain unanswered. Who will pay for this supposed "joint effort," in Merkel's words? What's the upper limit on costs? And when will voters' positive view of the nuclear phase-out give way to frustration over rising costs?

"I am very concerned about the way energy prices are growing," says Economy Minister Philipp Rösler of the FDP, discussing what he describes as a "battle to keep energy affordable." Thomas Bareiss, who coordinates energy policy issues for the parliamentary group of the CDU and its Bavarian sister party the Christian Social Union (CSU), predicts: "We're going to see a major debate over who pays for the transition to renewable energy."

The last thing the chancellor wants, especially with parliamentary elections coming up next year, is to open herself up to accusations that she lacks a sense of social justice or is indifferent to social issues. Leading figures within her coalition are pondering ways to combat the steady rise in energy prices, and to divert attention away from the failures over the past 12 months.

Their list of proposed solutions ranges from reducing energy costs for low-income consumers, to a new program that would earmark billions of euros for renewable energy sources and energy storage capacity. "We can't allow electricity to become a luxury," says new Environment Minister Peter Altmaier of the CDU, who also said he intends to meet as soon as possible with representatives from social welfare organizations.

Parliamentarians from the CDU and FDP have already begun campaigning within their parliamentary groups to repeal an "eco-tax" currently added to consumers' energy costs. Removing this tax, they say, would make it possible to keep consumers' energy prices at their current level for the time being.

Other parliamentarians, meanwhile, hope the finance minister will make tax funds available to help pay for new transmission lines connecting northern and southern Germany. The downside of this approach is that it would require either cuts to public spending on other fronts, or raising taxes.

Federal Economy Minister Rösler is at work on a new model for financing renewable energy. He would like to repeal Germany's renewable energy law, known as the EEG, which forces energy consumers to bear a portion of the costs for rooftop solar panels, wind turbines and biogas facilities. "The planned cutback in photovoltaic subsidies is only the first step," Rösler says.

Rösler's advisers are currently devising an alternative model based on a suggestion from the country's Monopolies Commission. According to this plan, the government would require power companies to obtain a certain proportion of their energy mix from renewable sources, but would leave it up to individual providers to decide how to meet that quota.

Rösler's analysts believe investors would then use whichever energy technologies are most cost-effective in any given situation, and would pass the savings on to their customers. Rösler had little success getting his former cabinet colleague Röttgen to approve of his plans, but hopes Röttgen's successor Altmaier will be more receptive.

Rising energy costs are especially embarrassing for German leaders because, until very recently, they claimed to have everything under control. Merkel more or less offered a price guarantee in a speech on the energy turnaround she gave in front of the Bundestag last year.

"We must continue to provide both businesses and individual citizens with affordable energy," Merkel said at the time. "The costs to consumers as a result of the EEG must not exceed their current level."

That's a promise the chancellor won't be able to keep. This fall, the Federal Network Agency is expected to announce rates that are 30 to 50 percent higher than current levels, putting consumers' contribution to renewable energy subsidies between 4.7 and 5.3 euro cents per kilowatt hour of energy, plus sales tax, up from the current level of 3.59 cents. Bareiss, the CDU's energy specialist, has even talked of "potentially more than six cents" per kilowatt hour, which would be an increase of nearly 70 percent.

The primary reason for these costs can be seen on rooftops throughout Germany. Energy consumers will pay €100 billion over the next 20 years to subsidize photovoltaics installed before the end of 2011. The first several months of this year added at least €5 billion to that amount.

Meanwhile, many low-income and unemployed Germans have reached the limits of what they're able to pay, as the example of Aminta Seck in Berlin shows. As a single mother, Seck receives €860 a month in government assistance. By law, €40 of that amount is intended primarily to cover energy costs.

In reality, though, the money isn't enough. Despite moving out of her old apartment and into a smaller one, Seck consistently comes up a few euros short each month, an amount she then has to pay as a lump sum at the end of the year. "I manage to come up with the money for the energy bill in the summer," she says, "but in the winter, when it's dark, it's just not possible."

Once the electricity has been shut off, it's difficult for consumers to climb out from under their debts, since in addition to settling their overdue bills, they have to pay a fee of up to €80 to have the power turned back on.

"My clients end up waiting at least a week, and in extreme cases even up to two months," says social worker Renate Stark, who works in Prenzlauer Berg at Caritas, a social services organization, and counsels people who have fallen behind on their energy bills.

Stark says she's already seen the effects of the transition to renewable energy sources. "In the past, at most one client per month came to me because of problems paying energy bills," she says. "Now it's at least 30."

This makes it all the more astonishing how casually politicians -- from all parties -- have disregarded the societal consequences of their project. While the government and opposition quarreled for months over a few euros' difference in Hartz IV payments, they essentially formed a grand coalition when it came to subsidizing solar panels.

Not Knowing the Details

All of the political parties wanted to appear eco-friendly, and many politicians never knew much about how the system worked in detail. Former Minister Röttgen, for example, was quite surprised when he found out -- well into his term in office -- that Hartz IV recipients must pay their electricity bills out of the standard payment they receive from the government.

Members of the opposition were just as willing to overlook the bizarre redistribution of funds taking place as a result of the renewable energy subsidies, with low-income consumers in rental apartments subsidizing homeowners' solar panels through their energy bills.

The situation didn't seem to bother the center-left opposition Social Democratic Party (SPD), which was very much caught up in the green spirit of times. After all, the money benefited solar power, something everyone agreed was a "good thing," in the words of Ulrich Kelber, an SPD politician who works on environmental issues. There was no need, the SPD felt, to get worked up over a few cents here and there. The Green Party, meanwhile, took the position that it was necessary to make financial sacrifices for the sake of the "environmental transformation of society."

Now, though, the general mood seems to be shifting. Individuals are becoming increasingly aware that they're expected to bear the majority of the burden in the transition to renewable energy, while industry and power companies bask in endless subsidies.

Cash-strapped energy consumers find themselves pitted against profit-hungry entrepreneurs who have been spoiled by subsidies. They are businesspeople such as Frank Asbeck, a photovoltaics manufacturer who has become a multimillionaire -- with his own private castle, hunting grounds and a Maserati -- thanks to the EEG.

Asbeck received an appointment with Altmaier, the new environment minister, right away last Tuesday, to express his views on the issue. The energy transition will also prove profitable for investors in the project to expand Germany's power grid. The return on such investments is guaranteed by the government to be around 9 percent, an interest rate of which mere mortals with standard retirement plans can only dream.

"Private households are expected to pay for an energy transition for which no clear plan exists," says Holger Krawinkel of the Federation of German Consumer Organizations. "That's unacceptable."

Ulrich Schneider from Paritätische Gesamtverband, the umbrella organization working on social justice issues, warns that there will be protests.

"We can only truly commit to renewable energy if the costs are distributed fairly," he says. "Anyone using the energy transition as a campaign issue also needs to explain who's going to pay for it." 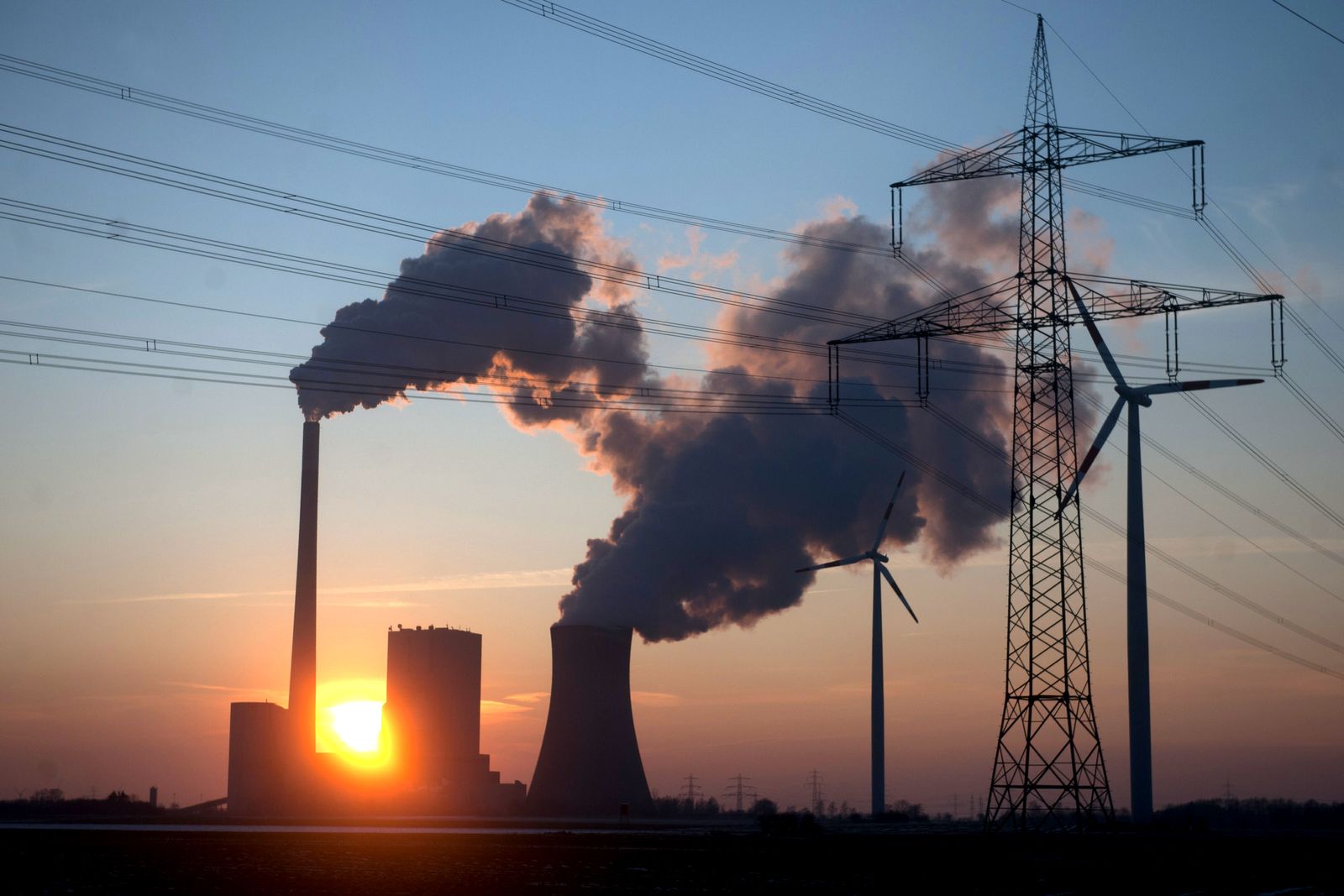 The German government quickly approved a phase out of nuclear energy in the country after the Fukushima nuclear disaster in Japan last year.