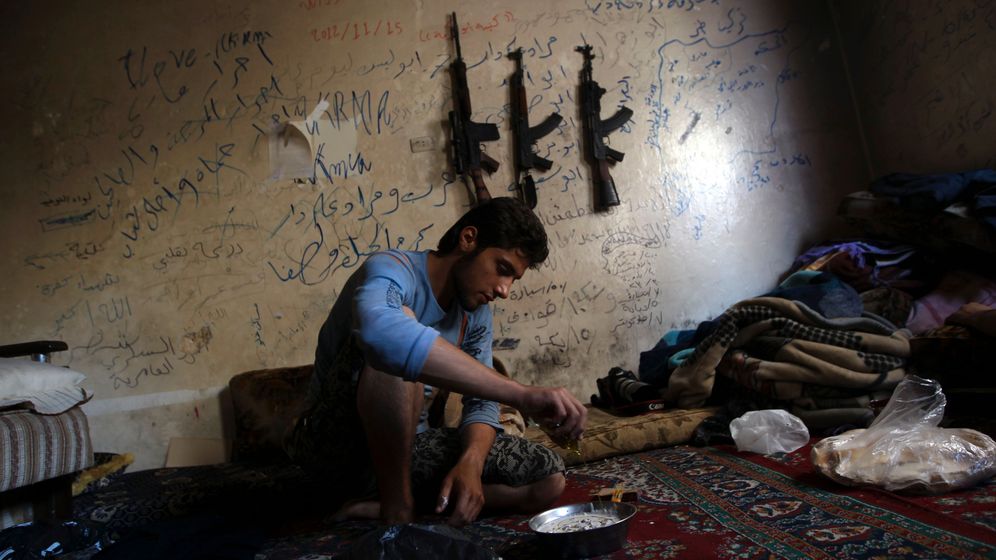 Washington has said it may soon move to supply weapons to Syrian rebels, a move that has been met with reserve by the international community. Western diplomats also told the news agency Reuters that the US government is considering a no-fly zone in Syria.

But despite reports that the regime of dictator Bashar Assad may have used chemical weapons, Germany says it has no plans to deliver arms to the rebels, a government spokesman said on Friday.

Steffen Seibert, spokesman for Chancellor Angela Merkel of the conservative Christian Democrats, said Germany would stick with its position of not providing weapons to a country engaged in a civil war for "legal reasons". The opposition had made the same demand. Meanwhile, a spokesperson for the German Foreign Ministry said it had no information of its own about the use of deadly poison gas by the regime in Damascus.

Although Germany doesn't intend to provide weapons aid, the country has been providing "non lethal support" since the beginning of June in the form of bullet-proof vests and first-aid kit deliveries to the Free Syrian Army.

On Thursday, the United States officially declared it has proof that Assad's forces used chemical weapons, based on blood, urine and hair samples from two rebel fighters. A White House spokesman said that the use of these weapons, including the nerve agent sarin, crosses the "red line" President Obama established early on in the conflict for determining the necessity of Western intervention in Syria's civil war.

Speaking in the Bundestag, Germany's federal parliament, on Friday, Foreign Minister Guido Westerwelle called for a meeting of the United Nations Security Council. "We take the indication of the deployment of chemical weapons very seriously," he said. "We are urging a consultation at the Security Council of the United Nations with the aim of coming to a common position." He also confirmed Germany would not deliver weapons to Syria, a line that Berlin has stuck to for some time now despite the expiration at the end of May of a European Union arms embargo against the country. German law prohibits weapons from the country's companies to be supplied to crisis zones.

A representative of the Foreign Ministry in Damascus denied the allegations coming from Washington, saying the US statement on Thursday was a "caravan of lies" and that rebels had deployed the chemical weapons themselves.

Moscow also sharply criticized the claims. "I will say frankly that what was presented to us by the Americans does not look convincing," said Yuri Ushakov, foreign policy adviser to President Vladimir Putin. He warned that a US move to arm Syrian rebels would jeopardize joint efforts to convene a peace conference. Earlier, Alexei Pushkov, head of the Russian lower house of parliament's international affairs committee, wrote on Twitter: "Information about the usage of chemical weapons by Assad is fabricated in the same way as the lie about (Saddam) Hussein's weapons of mass destruction (in Iraq)."

In Britain, however, where preparations are underway for next week's G8 summit, the government is pleased that Obama now shares the government's position. Prime Minister David Cameron told the Guardian newspaper that Britain shares the "candid assessment" by the US. "I think it, rightly, puts back center stage the question, the very difficult question to answer but nonetheless one we have got to address: What are we going to do about the fact that in our world today there is a dictatorial and brutal leader who is using chemical weapons under our noses against his own people," he said.

The British position has been clear for months. Cameron was the first leader of a major country to speak publicly in favor of supplying arms to the Syrian rebels. On Wednesday, British Foreign Secretary William Hague met with US Secretary of State John Kerry in an effort to convince the US to take action. However, a decision on the weapons deliveries envisioned by Washington still hasn't been made in London. "We are in urgent discussions with our international partners," a spokesman for Cameron told reporters on Friday.

The delay may be the product of considerable resistance in the House of Commons, where there is opposition to arming the rebels. The House would have to approve any such move, and Cameron's opposition in the Labor Party are opposed. Even within his own liberal-conservative coalition, there are plenty who would prefer that Britain not get involved. "We in the UK do not have to follow the US," John Baron, a member of the foreign affairs committee told the BBC. "Good friends sometimes say to each other, look, you're making a mistake." He warned it could be an error of historic proportions and compared it to the disastrous outcome of arming the mujahedeen in Afghanistan and Saddam Hussein in Iraq.