"We will be looking at the behavior of the population this weekend,” Chancellery head Helge Braun told DER SPIEGEL. "Saturday is a crucial day. We have our eye on that day in particular."

Braun referred to the fact that in the past week, despite repeated requests from politicians to avoid social contacts to the extent possible because of the risk of infection, many people were continuing to meet in groups - in public parks, for example. In her address to the nation on Wednesday night, Chancellor Merkel made an urgent appeal for people to adhere to the restrictions on public life imposed by the government.

"For now, we are counting on people understanding the measures and their readiness to restrict their social lives."

"People traditionally arrange to meet each other on Saturdays because they have the day off,” Braun said. "But this unfortunately isn’t possible outside of the nuclear family right now. We have to stop meeting up with other people. If that doesn’t happen, decisions will have to be made by the federal states that we would prefer to avoid.”

"For now, we are counting on people understanding the measures and their readiness to restrict their social lives,” he said. "And when we look to our neighboring countries, which have already imposed curfews, it becomes clear: It would be an enormous additional burden.”

"After all, very few people, especially in cities, have a backyard or a large piece of property. That’s why we are calling on everyone to take to heart and implement the measures decided so far. And that means refraining from all social contacts except the nuclear family if possible." He also noted that government expects "that the public trusts us and will not allow itself to be driven crazy by fake news and that it will follow our recommendations rigorously.” 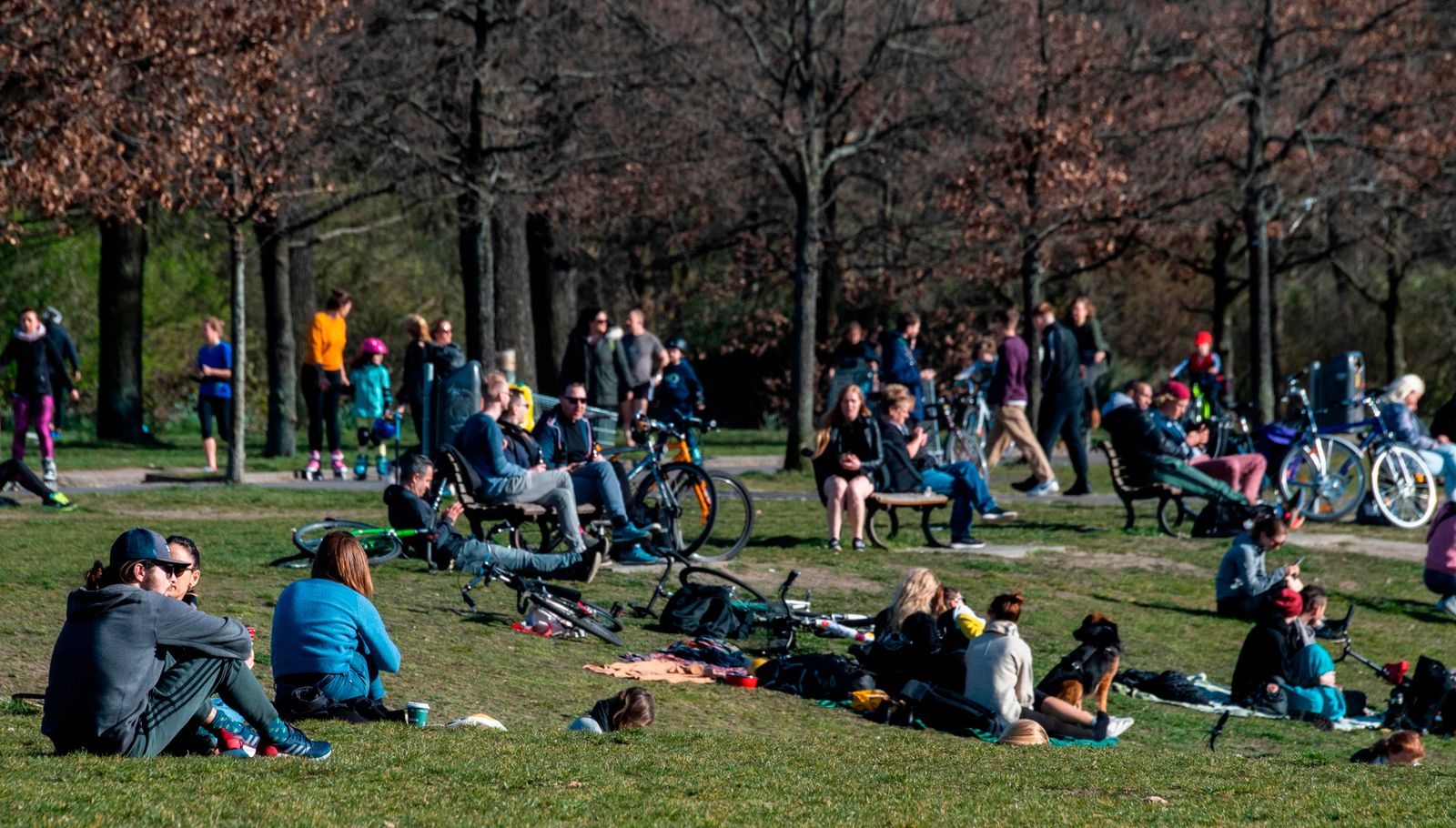 People have gathered in Berlin parks this week despite strict restrictions put in place due to the new coronavirus.