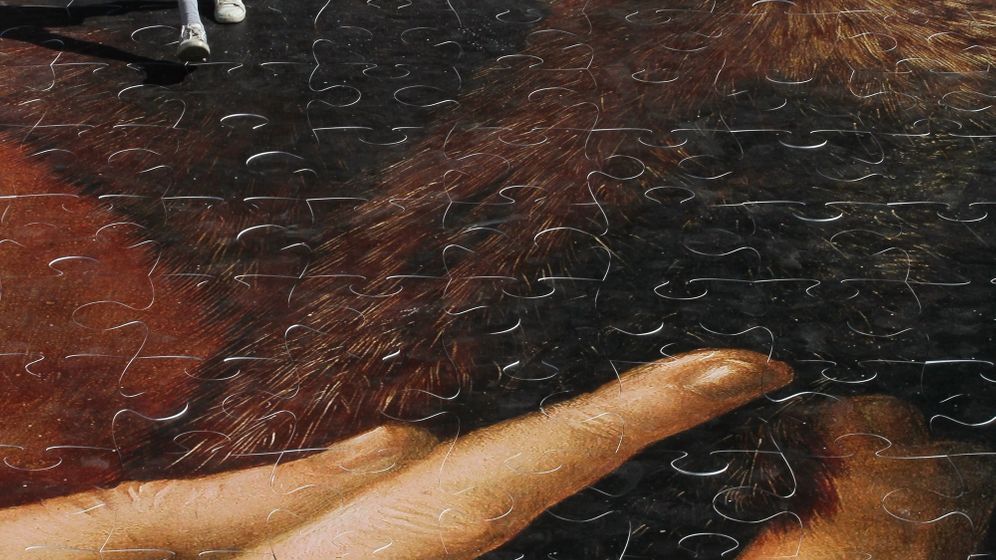 At least the music was grand at Wednesday's festive celebration launching the "Germany Year in Russia" in Moscow. Inside the venerable Moscow Conservatory, an orchestra played works by Bach, Beethoven, Shostakovich and Schnittke. Russia's "Germany Year" is a long-planned prestige event, and the balance was perfect at the gala concert -- with two Russian composers and two Germans represented. The young musicians playing the music also hailed from both countries. And although it was the musicians' first time performing together, they nevertheless managed a crowd-pleasing performance.

Behind the scenes, however, relations -- once so solid -- have in recent months been marked by discord and disputes. Noticeable at Wednesday's event was the lack of high-level attendees. German President Joachim Gauck did not attend, and neither did Russian President Vladimir Putin. Originally, the two leaders were supposed to meet on Red Square for a ceremony before the Kremlin gates to launch "Germany Year."

The original plan foresaw the two men, along with handpicked guests, assembling a 1,023-piece, outsized puzzle of an Albrecht Dürer self portrait. But Putin had little desire to undertake the highly symbolic venture. First a meeting was pushed back to mid-May and later is was delayed until mid-June.

Putin, who sees too much freedom as a hindrance to development in his massive country, sees no point in appearing together publicly with a German leader from former East Germany who has made the promotion of freedom the central tenet of his presidency. Gauck's own father was condemned to spend several years in a Soviet gulag. And although the men share the same title, Putin sees German Chancellor Angela Merkel as his true counterpart given that President Gauck's position is largely ceremonial and holds little real power.

An Era without a Kohl or Schröder

For years, Russian-German relations had been tight, symbolized by images of Chancellor Helmut Kohl and President Boris Yeltsin sweating together in a sauna or Chancellor Gerhard Schröder and current and former President Putin paving the way for a gas pipeline across the Baltic Sea. Now, however, Germany is primarily preoccupied with saving the euro while Putin has instigated a sort of counterrevolution against the Russian opposition, drawing intense criticism from the West. Figureheads that could put German-Russian relations back on the right track are missing.

At Wednesday night's gala concert, the only A-league attendees were those who performed on the stage. Among the invited guests, it was a decidedly B-league affair. Putin dispatched his new culture minister, Vladimir Medinski, best known outside of Russia for his calls to finally remove Lenin's corpse from the mausoleum on Red Square. Otherwise, the culture minister has a penchant for raging against Siegmund von Herberstein, a Carniolan historian who wrote extensively about Russia. Sent as a diplomat of the Habsberg dynasty to the Russian royal court, Herberstein often wrote unfavorably of conditions in Russia.

Cornelia Pieper, a state secretary in the Foreign Ministry, represented Germany as its leading official at the event -- hardly the kind of VIP originally envisioned. But the leader of the German Committee on Eastern European Economic Relations, which promotes economic ties with Russia on behalf of German business, skipped the festivities marking the opening of the "Germany Year," despite the fact that his organization, together with Germany's Goethe Insititute, was responsible for organizing the year-long string of events. The group's CEO, Rainer Lindner, thought it more important to attend a conference in Albania, despite German trade with Albania being a meager €211 million ($267 million) in 2011, compared to €75 billion with Russia.

Eckhard Cordes, the chairman of the Committee on Eastern European Economic Relations, also skipped Wednesday's events. The former chairman of Germany's Metro left his position at the leading wholesaler under controversial circumstances in 2011. Now, the unsuccessful preparations for the "Germany Year" in Russia could exacerbate the leadership crisis at the Committee, which has a strong tradition in Berlin and has been chaired by Cordes since December 2010. In contrast to his charismatic predecessors -- Otto Wolf von Amerongen, a member of a prominent German industrialist family, and Klaus Mangold, a former member of the board at Daimler -- Cordes lacks both power within the organization and noteworthy experience with Russia.

A showcase of the best of German industry in major Russian cities, planned in conjunction with the "Germany Year," had to be cancelled due to a lack of funding. Of the €4 to €5 million that had been envisioned, the Committee succeeded in raising less than €1 million. German companies with operations in Moscow have complained of "preparations that had been chaotic, unimaginative and lacking in concepts." Of the 6,300 German companies that are represented in Russia, fewer than a dozen stepped forward to sponsor the "Germany Year".

In Moscow, both German and Russian professionals consider Cordes to be the wrong man for the job. Many also believe his days as chairman of the Committee are numbered. His detractors in the Russian capital have been openly speculating that he will soon be hired for the German section of New York's Goldman Sachs investment bank. Alexander Dibelius, the head of Goldman Germany, served as best man at Cordes' wedding. If the leading representative of German business in Eastern Europe were to go to work for the Americans, it is likely he would immediately and permanently fall out of favor with the Russians -- Germany's most important trading partners in the east.

For his part, Cordes, has denied the job speculation, claiming it to be "pure invention." Still, the cabals surrounding the Committee have grown to the point that they are reminiscent of a statement Winston Churchill once made about the intrigues within the Kremlin, which he likened to a fight among bulldogs under a carpet. "An outsider only hears the growling, and when he sees the bones fly out from beneath, it is obvious who won," the British prime minister said.