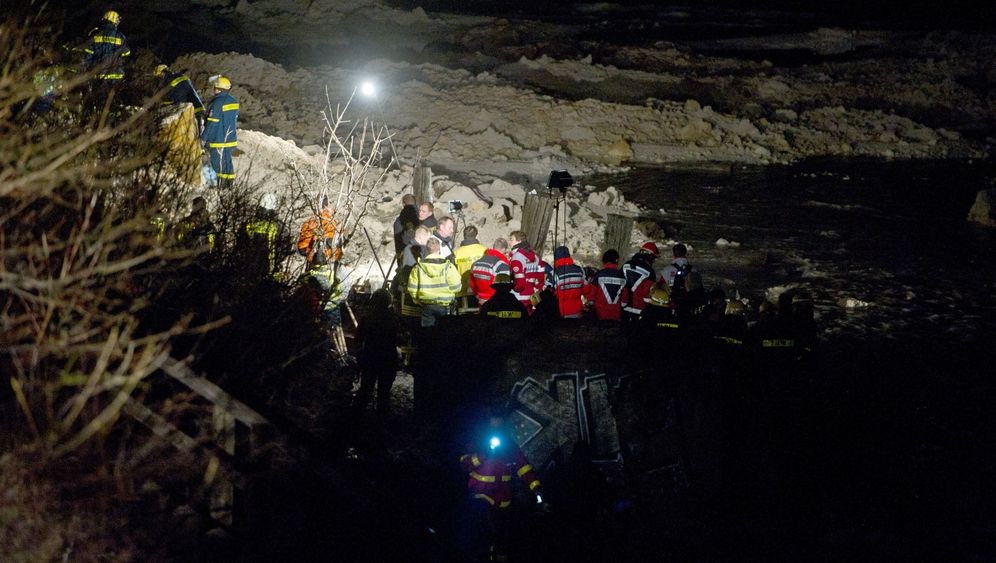 Forever immortalized in canvas by painter Caspar David Friedrich, the chalk cliffs on the German island of Rügen have been a major tourist draw for two centuries. In recent years, however, the cliffs have suffered from major erosion. Now, following a landslide that took down part of a cliff near the Kap Arkona cape on Monday afternoon, a 10-year-old girl is missing.

The landslide struck the girl, her mother and a sister. Emergency workers were able to rescue the seriously injured mother and lightly injured sister, who were taken to a hospital. More than 100 rescue workers continued through the night searching for the young girl, who they believe is buried beneath the chalk sludge. With low temperatures, local officials said the chances of finding the child alive were slim.

The family had been walking along the beach below the the 35-meter-high cliffs (115 feet) on Monday afternoon when the landslide happened. At the time, near gale-force winds had been reported in the area.

In recent years, several large chunks of the famous cliffs have been destroyed by landslides, including the cliff landscape painted by Friedrich, leading to the frequent closure of the popular beach below. The most recent and largest fall to date happened in August. At the time, German geologist Ingolf Stodian of the Jasmund National Park, which is responsible for the Rügen chalk cliffs, told German news agency dapd that he believed sharp fluctuations in the weather in recent years, with long dry periods and then long periods of extreme rain, had made the cliffs unstable.

However, experts also believe that a rise in the sea level could be worsening the erosion. During the past 200 years, the sea level in the Baltic Sea has risen by 28 centimeters (11 inches). This has caused the foot of the slope, which helps to support the cliffs, to diminish in size over the decades.