It takes less than 20 steps for the first offer. "Dope?" asks a young man just inside the entrance of Görlitzer Park. Ten meters further, the next dealer stands waiting for customers: "Need anything?"

It's the weekend at "Görli," as people here call the park in the Kreuzberg district of Berlin. It's just 10:30 am, but the dealers have already arrived. But they're always there, and on some days there are up to a hundred of them, say police. Large-scale raids have been ineffective -- most of the sellers or their successors come right back.

Primarily, they are selling marijuana, but harder drugs are also available. And visitors can no longer walk through the park without being approached. Sometimes it's more intrusive, sometimes less. But either way, it can't be ignored -- to the point that a debate over the park's future has thrust itself into the local election campaign.

Everyone agrees that things cannot continue the way they are right now -- the disagreement is about what should happen next. The Berlin chapter of Chancellor Angela Merkel's Christian Democrats (CDU) thinks the police should solve the problem. The Green Party, meanwhile, is planning a revolution: It wants to open "coffee shops" (or "cannabis cafes") in the park and legally sell marijuana as a way of eliminating the drug dealers' business model.

Reforming drug policy is a fundamental part of the Greens' political DNA. The amount of grass that a person can legally possess has ocassionally been raised in Berlin and other German states, but now Monika Herrmann, a Green Party member who is mayor of the Friedrichshain-Kreuzberg district, is trying to introduce the legal sale of cannabis.

"'Coffee shops,' I actually find that term to be misleading," she says. "People won't have a latte in one hand and a joint in the other." She prefers talking about "selling points." Herrmann wants to deploy medically trained workers, establish a minimum age for buyers and, if necessary, hire security guards. She notes that all other measures have thus far been unsuccessful. "Getting cannabis is easier now than ever. I want to control its sale."

The venture is currently being discussed in committees of the district parliament. In 2014, an application will be submitted for an exception with the Federal Institute for Drugs. Until then, Hoffmann hopes, other communities could also be convinced of the plan.

'The Situation Has Deteriorated'

In the Kreuzberg park small children play on the grass and mothers push their babies around in strollers, while a few meters away drug dealers peddle their wares. No, she doesn't feel totally comfortable, says one woman with a stroller. She, too, has been approached by dealers. She says she used to lived in Kreuzberg and was surprised when she came back a few years ago. "The situation has deteriorated in the park," she says.

A couple on a walk say they feel "somehow out of place." One local resident carrying her dog says she has grown used to the situation. The dealers don't bother her; the garbage is worse, she says. "As long as there is no fighting," she says.

But sometimes that happens too. In August, police had to break up a mass brawl, and last year a young man had his ear cut off when an argument got out of hand. From the beginning of this year through the end of July, there were 69 police operations in Görlitzer Park, nearly as many as during the whole of 2012.

"From the perspective of the police, it is difficult to take action against the drug trade in the park," says spokesman Guido Busch. He says that the size and layout of the park make it too easy for people to hide or get away. "We, as police, cannot change the situation on our own."

Hermann's opponent in Kreuzberg is District Councilor Timur Husein, a member of the CDU. He wants to fence off the park and close it to the public at night. Throughout the day there would be a consistent police presence. Were the Greens to carry out their proposal, he argues, the criminal element in the park will only become more dominant. "Drug tourists from all over the world" would come and residents would be harassed even more.

Police spokesman Busch is also skeptical about the coffee shop idea. Too many questions remain open, he says. What happens if the dealers started selling harder drugs instead of marijuana? Or if they simply move to the next park?

Monika Herrmann has an answer for everything. The best solution would be to have selling points around Berlin. To solve problems that would arise, she claims, you would need other accompanying measures: social work and, in some cases, the hard hand of the police. And state-grown cannabis, she says, would have a higher quality than its illegal counterpart.

Government authorities' reactions to the Kreuzberg plan have thus far been restrained, but Herrmann still wants to try: "You can't give up before having made the attempt." She says she doesn't use marijuana herself.

But if the selling points do become a reality, she says, one thing that can't be predicted in advance is how the people who make a lot of money from cannabis sales will react. 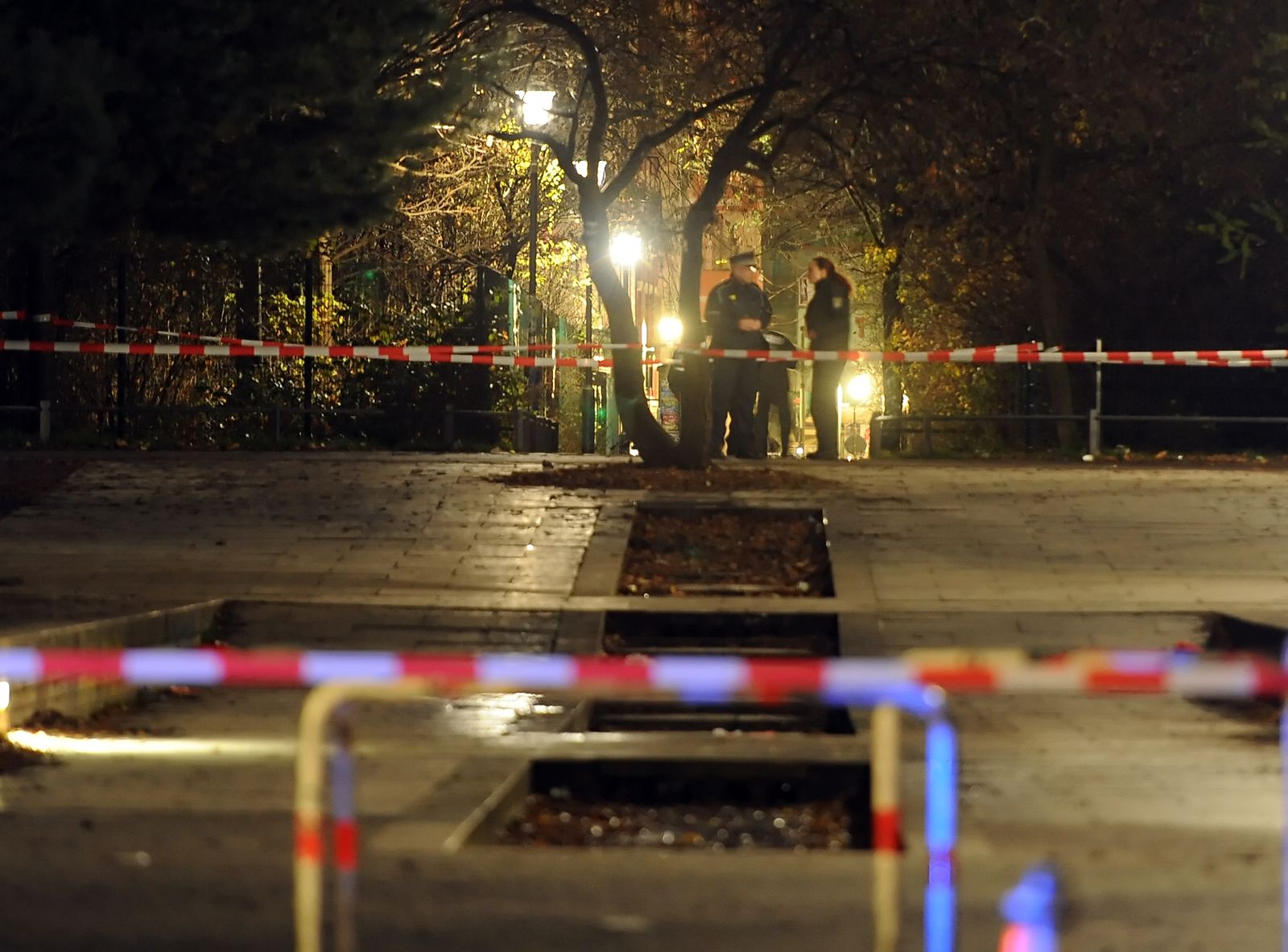 Görlitzer Park in Kreuzberg has become the center of a discussion about how to deal with drug dealers in Berlin.