A village in central Germany has patented a new way to cut electricity costs without leaving its more nocturnal residents in the dark -- with street lighting that can be ordered by phone. 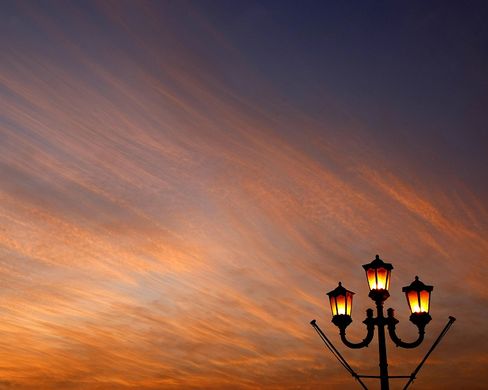 The German village of Dörentrup is turning out its streelights at night. But they can be turned on using a special telephone number.

The village of Dörentrup in Lemgo county -- located about 100 kilometers (62 miles) from Hanover -- decided to turn off street lamps earlier on some of its roads a few years ago. With a dearth of drivers using the stretches at night, it made no sense to keep the lights on all night long.

But for those drivers who do need the lighting -- Dörentrup has come up with a bright solution, Germany's Süddeutsche Zeitung reported Monday.

"We developed a special modem and software. Now every registered user can light the streets with a phone call," Bernd Klemme -- a representive from Lemgo county's public services, which has secured a patent for the system -- told the newspaper.

County officials tested the Dial4Light project in the 9,000-person village for about a year and claim it has served the community well. Users register online and include their names, phone numbers and e-mail addresses when they do so.

When -+they need to turn on the lights, users are instructed to call a central number and provide a six-digit code for various stretches of road. The code numbers are posted on the lightposts themselves as well as on the Dial4Light Web site.

Within seconds, the lamp switches on. The light lasts for 10-15 minutes (depending on the particular route) and then automatically shuts off.

The service is free, except for any charges from telephone services.

"We're doing it for money-saving reasons. But we also want to do something for the environment and protect the climate," Mayor Friedrich Ehlertsaid told the newspaper.

"The community should do that as well as every individual," he said.