The times we are living in are raucous, raw and confusing, which means a preliminary remark is needed as part of any article about the outrage and hatred that is currently being directed at the media in Germany.

First, many, many people inform themselves thoroughly about the complicated world in which we live. These people tend not to be very outraged, which is also why their voices often go unheard amid the cacophony. But they do exist, and it is important to note this.

Second, there are many, many media outlets out there which report precisely and passionately and refuse to be intimidated. They are viewed, listened to and read. You could start to list examples in Germany here -- the primetime heute-journal news on public broadcaster ZDF, the Süddeutsche Zeitung and Frankfurter Allgemeine Zeitung newspapers, for example -- but the list could go on and on and would never be complete.

At the same time, there have been myriad incidents in recent weeks highlighting the fact that the media in Germany currently have a public image problem. At protests against Muslim immigrants living in Germany, camera teams have been attacked. And following its reporting on a 13-year-old German-Russian girl who disappeared in Berlin last month, threats in the social media against journalists at the Berliner Zeitung became so egregious that the newspaper has now instituted a policy of taking legal action against individuals who threaten its staff with physical violence or defame them. Recent days have seen the Russian media and the country's foreign minister unleash a wave of propaganda around the world over inaccurate claims that the teenage girl in question had been raped in Germany.

In another significant development that has not helped the media's image, regional TV station SWR in Baden-Württemberg recently submitted to a demand by the center-left Social Democratic Party (SPD) to rescind an invitation for the populist Alternative for Germany (AfD) to appear with other national parties on a televised political debate, creating the impression that a supposedly independent public broadcaster's strings were being pulled by the government. Meanwhile, a freelance journalist working for WDR, the state public broadcaster in North Rhine-Westphalia, went on a talk show claiming she had been instructed to report in a "pro-government" way.

SPIEGEL, too, has been on the receiving end of the animosity. One reader, who has subscribed to the magazine for 30 years, ignored a series of recent covers we have run about the German state losing control and Merkel's growing isolation in at home and abroad over her refugee policies and accused us of "uncritical reporting" in a letter peppered with charged terms like "Jew lovers" and "assholes."

The events of New Year's Eve in Cologne, which saw hundreds of German women attacked or sexually harassed by largely immigrant perpetrators, have acted as an accelerant in this trend, with the result being that 40 percent of Germans no longer trust the media. In addition to, but also because of, the hysteria and division that have gripped our society engaging too little with facts and too much with emotions, the German media now finds itself with a serious credibility problem.

What Journalists Need to Do

Is there something we can do as journalists to counter this? Should we carry on? Of course we should. But we also need to do more.

In times like these, especially, the quality media cannot allow cost-saving measures to kill the very thing that sets them apart from the loudmouths -- namely their capacity for research and reporting, i.e., local reporters, foreign correspondents and investigative teams. We need to take the time necessary to have a true understanding of contexts and be able to explain them properly, and we must maintain a moderate tone and not allow ourselves to descend into the ruckus. Modern life demands immediate gratification, but journalism requires clear thinking and calm.

All the same, there are times when escalation and judgements, based on reporting and analysis, are necessary -- but this must come at the right moment and cannot be based on self-fulfilling prophecies or prejudices. However, differentiation doesn't mean backing down -- of course journalists need to have a spine.

We must also admit our mistakes and explain them. We must determine whether we do, on occasion, have another, more elite view of German reality than many readers. We need to engage in a dialogue with our readers and absorb their criticism. To this end, having a sense of humor might help. The fact is that we should have no problem accepting that millions of people who in the past tended to be quiet consumers today use social media to get involved and, as such, have themselves become producers of media. While debates can be gratifying, people who are too thin-skinned seldom seem attractive. Astonishingly, the same holds true for journalists.

What Readers Should Know

Still, it would nonetheless be helpful if our esteemed readers were to consider three things every now and then:

First: There's a danger inherent in Facebook and Twitter that users will only read what they want, spending every minute seeking self-affirmation and, in the end, viewing their own hatred to be rational and perfectly justified.

Second: The oft-disparaged "mainstream media" do not exist. The conservative Frankfurter Allgemeine Zeitung and right-leaning Die Welt have adopted different editorial lines from those of the left-leaning Die Zeit or Süddeutsche Zeitung. There are some media whose perceptions of reality border on fantasy.

Third: SPIEGEL is an independent publisher owned by the journalists it hires and, as such, is not influenced by any third party. This is not a publication where a person can just spew unverified information out into the world, only to turn around and say the opposite the next day. Our reporting takes days, weeks, sometimes even months to complete. Articles are then subjected to a rigorous review process that includes editing and vetting by section editors, fact-checkers, researchers, lawyers, editors-in-chief and copy editors, with steady improvements made to the stories throughout. Our editors and reporters engage in constant debate over the contents of these articles and the views expressed by the magazine and website. We are united in our belief that we must seek to understand and not denigrate people who are fleeing war zones. We are also united in our belief that it is self-evident that we must report on mistakes made by the German government or political parties, European failures or any apparent loss of control on the part of the state. These tasks may prove to be as complex as the entire migrant crisis itself, but none of them are mutually exclusive.

The good news is that many, many media are already exercising great care and accuracy. See above. 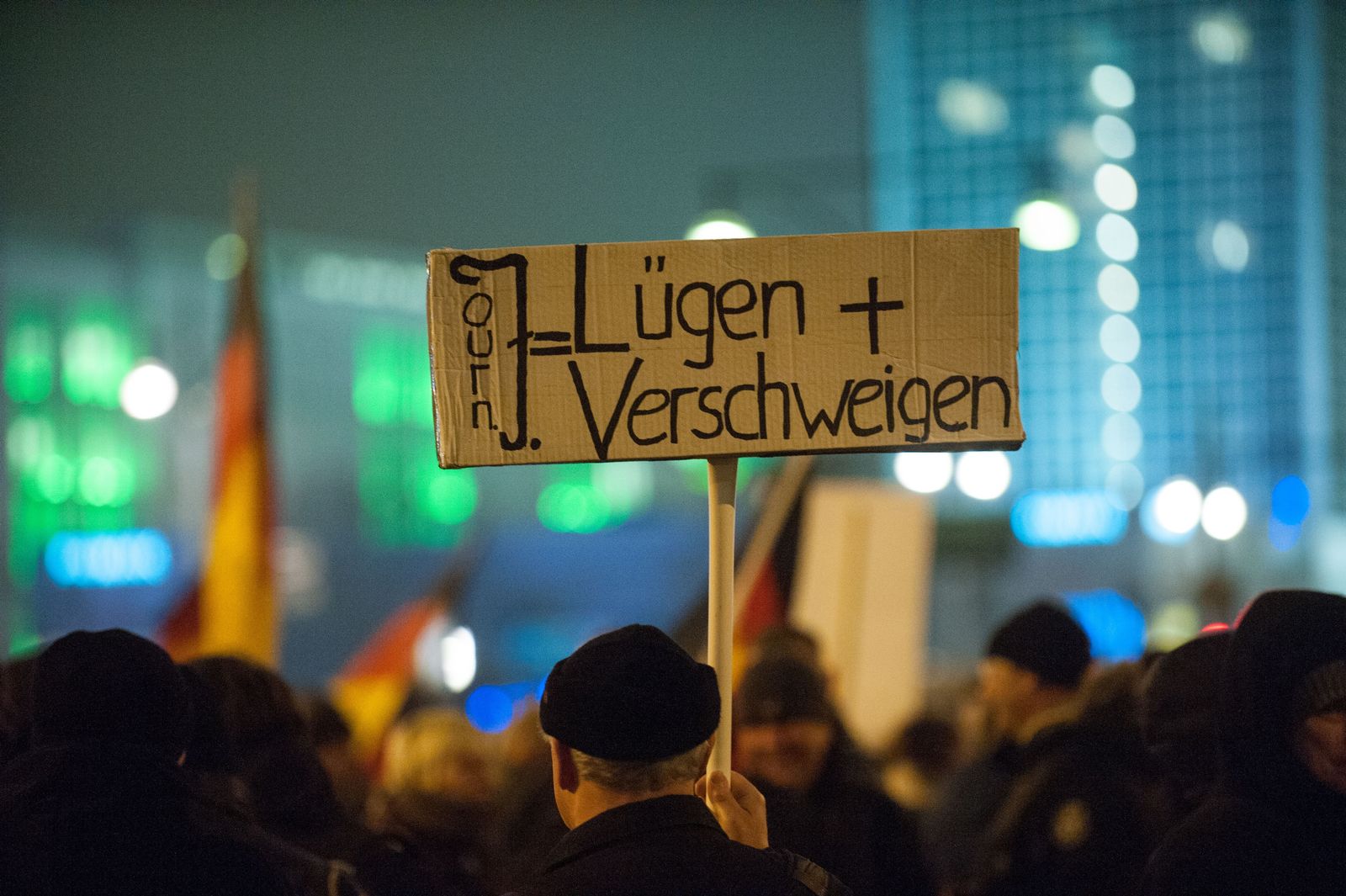 In addition to protesting against Muslims, Germany's Pegida movement has also sought to discredit the media.